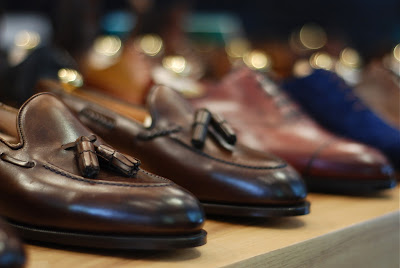 My first visit in New York was, naturally, to the shoe store Leffot. When I was in New York four years ago, I stumbled across Steven Taffel’s new shop the month it opened. At that point you couldn’t get half the brands that he stocked – Corthay, Aubercy and some US producers – in London. I scraped together my pennies (or rather my credit cards) and bought a pair of Corthay Wilfrids – the same ones seen here in a recent post on the new Corthay shop in London.
Steven was a breath of fresh air back in 2008, and he remains unique. The brand range is strong and the service personal. Some brands such as Edward Green are sold in other department stores. Church’s has its own store in Manhattan. But people come to Steven for the service.
During the couple of hours I was there, it seemed like every other person who walked through the door was a friend, greeted by his first name. Steven’s hardest job – explaining to New Yorkers why they should pay more than $1000 for a pair of shoes – appears to have been done. 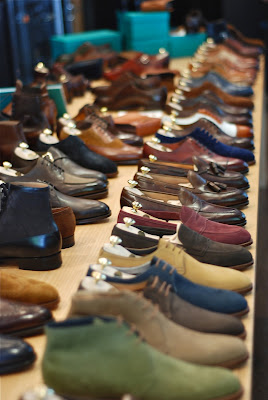 I also popped in during the semi-annual Edward Green trunk show (above and below). There were some styles on display that I had never seen in London. A lot of them were samples or destined for guys who had ordered particular models. During the trunk show they often sell 30 to 40 pairs. 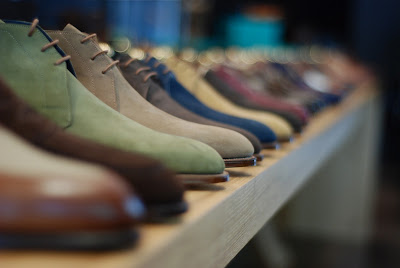 This is a model that many other stores should emulate. Particularly in London, which has a real dearth of menswear boutiques, stocking a range of sartorial brands. Trunk shows are a way to make these stores into destinations: more personal than a department store and far more satisfying than buying online. And there are plenty of visiting tailors and shoemakers that would gladly be there rather than in a hotel room.
From Ralph Lauren to Attolini to the Miller brothers, everyone knew Steven and referred to the store unprompted. Two separate customers referred to buying shoes there as “like buying crack”. It’s great to see such a great shop doing so well. 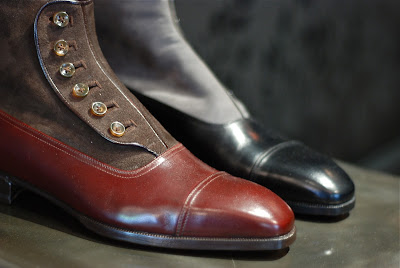 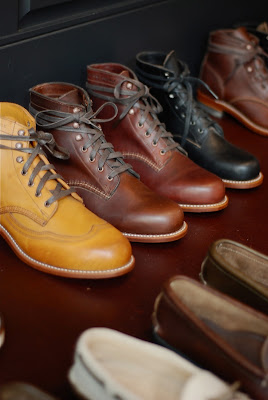 You can follow the discussion on Leffot shoes: New York is hooked by entering your email address in the box below. You will then receive an email every time a new comment is added. These will also contain a link to a page where you can stop the alerts, and remove all of your related data from the site.