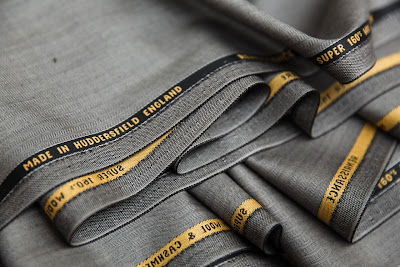 I was up in Yorkshire last week, based in Huddersfield and seeing a few of the mills and merchants, including Pennine, Johnsons and Dugdale.

What struck me hardest when I got back was the lack of understanding among bespoke customers, and even Savile Row tailors, about how the mills, the merchants and the various brands on the cloth books relate to each other. The front of house at one Row tailor thought Dugdale wove their own cloth, while most admitted they had never been up to see any of the processes – which leads to myths about the finishing, among other things.

This first post, then, will set out the various players in Yorkshire and their relationships. 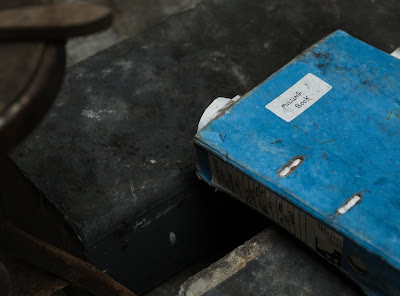 Mills and cloth merchants are largely separate. The mill weaves the cloth, often for many different merchants and to their designs and specifications. So going around Pennine, for example, which is probably the highest quality mill in Yorkshire, you will see Dormeuil and Dugdale cloth being woven on the same looms. There is no difference in the weaving process, just the yarn that goes into it and the set of the weave.

There is then the finishing, which I will go into in a separate post. WT Johnson’s (below) and Holmfirth are the most significant fine worsted finishers remaining, though a re-vitalised Herbert Roberts is also improving. 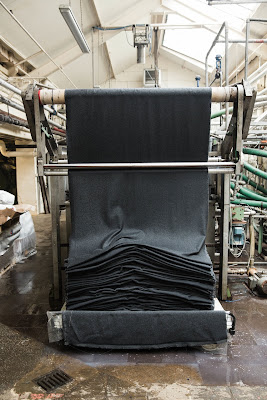 The merchants perform a very important role. They come up with the designs, they hold the stock and they sell to the tailors (or indeed made-to-measure and RTW brands). They make big investments for gradual returns – it usually costs between £100,000 and £200,000 to lay down a bunch, with one or two ‘pieces’ (around 70m on average) being woven for each swatch.
In recent years, mills such as Taylor & Lodge have been putting out their own bunches, which confuses things slightly. Rather like how Bresciani or Drake’s have started selling their socks and ties directly to the customer, this muddies the waters slightly and creates some tensions in the industry. It’s even more complicated at shows such as Premier Vision, where someone like Gucci might be buying cloth from both mills and merchants.

Some merchants also own their own production. Scabal, for example, owns the Bower Roebuck mill, which then produces 99% for Scabal. And Holland & Sherry, which is now owned by the Tom James group of travelling tailors in the US, has a lot of its cloth woven by the Chilean mills that are also part of that US group. In fact, that organisation is entirely vertically integrated, from (Chilean) sheep to tailor. 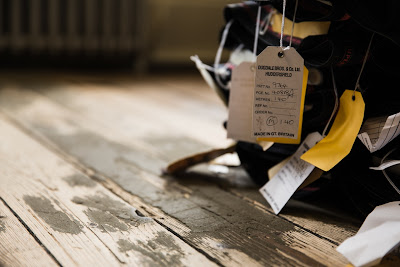 Back to England, the remaining looming sheds weaving suitings in Yorkshire are:
Merchants often weave with more than one mill – Dugdale’s uses three, for example.

And the major merchants with operations in the UK are: 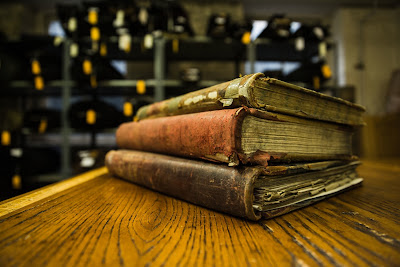 One more complication: more progressive merchants often have a middle man between the merchant the mill, who is in charge of sourcing the yarn and arranging and managing the production. Someone like Dugdale has three individuals that do this specialising in different types of cloth. Dormeuil, on the other hand, has a separate company – Minova – that does it and is often confused for a mill itself.
I won’t get into the Italian mills, not least because I’ve only visited a couple, but generally they have their own brands (Cerruti, Barberis, Zegna), so there isn’t the English split between merchant and mill. They also weave for others (including many English merchants who still put ‘Made in England’ on their bunches) and have regional distributors (eg Dugdale distributes branded Cerruti cloth). 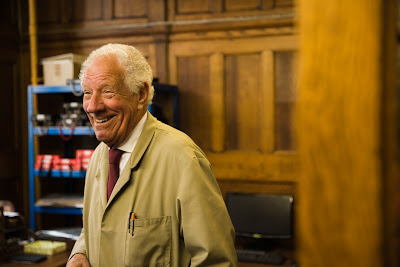 You can follow the discussion on Huddersfield’s mills and merchants explained by entering your email address in the box below. You will then receive an email every time a new comment is added. These will also contain a link to a page where you can stop the alerts, and remove all of your related data from the site.