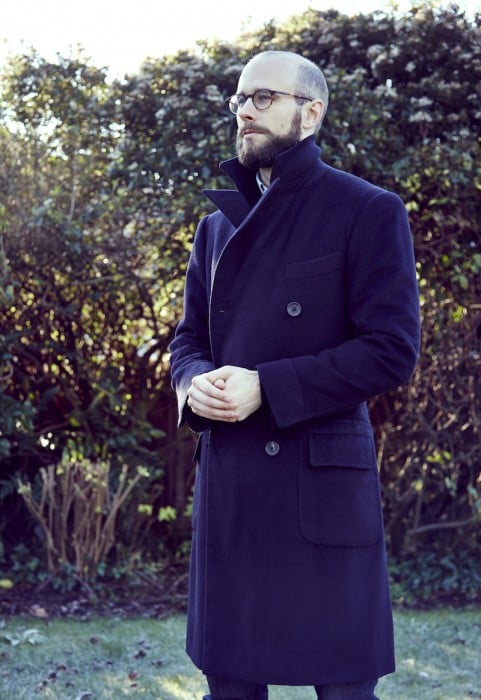 For the reader who commented that my pieces on Cifonelli tend towards the emotional, I apologise in advance. This is a beautiful, beautiful coat, and one of the finest things I have ever worn.

Right, that’s over. Down to details. This is the navy cashmere overcoat I commissioned from Cifonelli at the end of the 2013. When it became clear that we were not going to finish it before the end of the winter, the project was put on hold until September 2014. It was finished in October, and I have been wearing in regularly every since.

Readers will be familiar by now with the peerless work of Cifonelli, one of the finest bespoke tailors in the world. The fit, of course, is always spot on, and the bespoke make – hand-padded canvas, hand-made rope – we now take for granted. But the thing that always separates Cifonelli (and one or two other makers, such as Camps de Luca) is the hand-finishing. The Milanese buttonholes (below); the endless, pointless top stitching.

That finishing deserves a post all of its own. And if readers will indulge me, perhaps I will write one (with some detailed photos).

For the moment, however, I wanted to focus on the functionality of a double-breasted overcoat. Because let’s face it, most of us wear the collars of our overcoats up. And a DB, with peaked lapels, often doesn’t work well with a popped collar – the peaks poke us in the chin, and certainly won’t button closed.

From the start, therefore, I made it clear to Lorenzo Cifonelli that this DB must work as well buttoned as un-. It must sit elegantly, smartly, with only the central two of the six buttons fastened. This is the normal, formal arrangement, with collar down.

But when the collar is raised, the lapels (or revers) reversed, it must button at the top row of the six, and then again under the chin, creating a perfect, smooth shield against the elements (below). This style is not new, but it is hard to execute effectively, and it is to Lorenzo’s eternal credit that he managed to cut the front edge so that it encompassed all six buttons with collar raised, yet looked equally elegant with collar lowered. 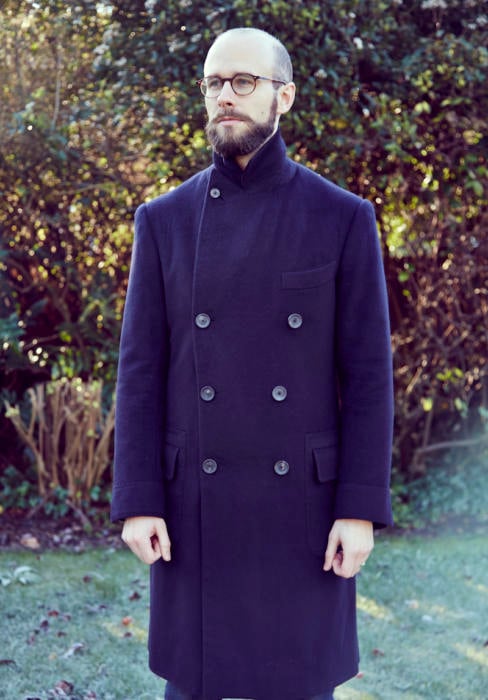 In fact, I realise now that I was so keen to demonstrate this point that I forgot to take any pictures of the coat with the collar down. One more reason for another post I suppose.

The back of the coat has a fixed half belt, with pleats above and below – topped with the distinctive Cifonelli arrowhead, painstakingly hand-stitched. The smaller pleats to left and right frame the central cuts nicely. 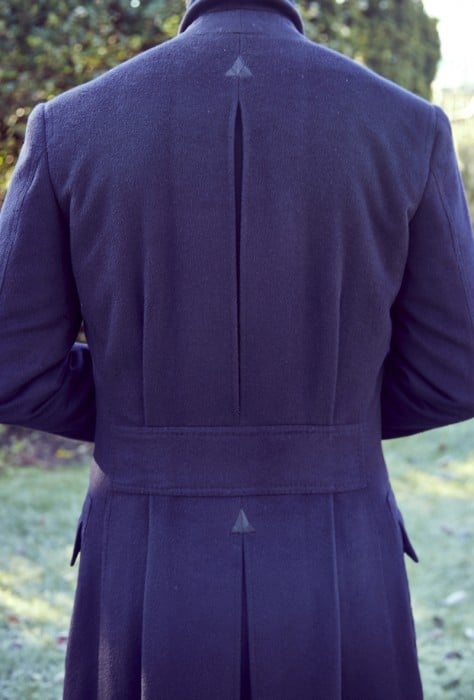 As with many overcoats, there is a compromise between cutting the shoulders to fit everything from a Chittleborough & Morgan suit to a sweater underneath. Lorenzo and I pitched this one right in the middle, and I elected to photograph it only wearing knitwear to show the effects of that compromise (above). You can see how the lack of suit shoulders causes the back to collapse slightly at the sides – but the compromise cut mitigates the effect. If it had been cut purely for a suit, the effect would have been much greater.

Elsewhere, I went for patch, postbox pockets. I like the casual look of patch pockets and the flap is cut to slip inside easily, allowing the pockets to be used for warming the hands without having to lift up the flap each time. 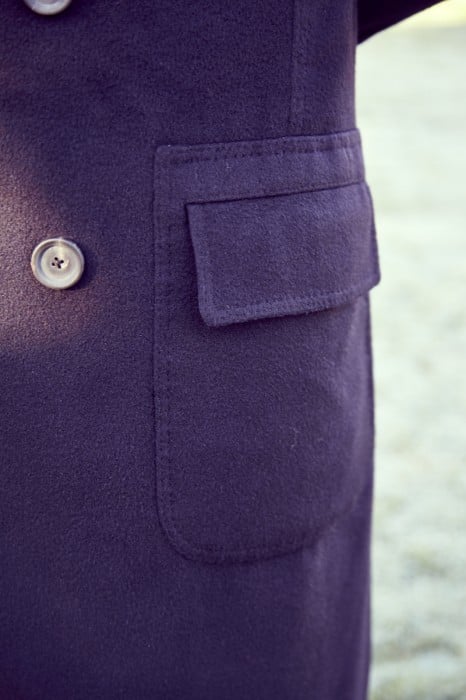 The buttonholes are finely but very tightly stitched – necessary when all of them might be in regular use. And I am consistently impressed with how the Milanese buttonholes on the lapel retain their long, straight line, even when used to button under the chin. The dusted, dark-brown horn buttons are, naturally, Lorenzo’s particular design.

Finally, a word must go to the fabulous cloth: 22oz cashmere from Harrison’s. Few people do decent weight cashmere overcoating any more – and most in the market are Loro Piana and a lot more expensive.

You can follow the discussion on Cifonelli double-breasted overcoat by entering your email address in the box below. You will then receive an email every time a new comment is added. These will also contain a link to a page where you can stop the alerts, and remove all of your related data from the site.