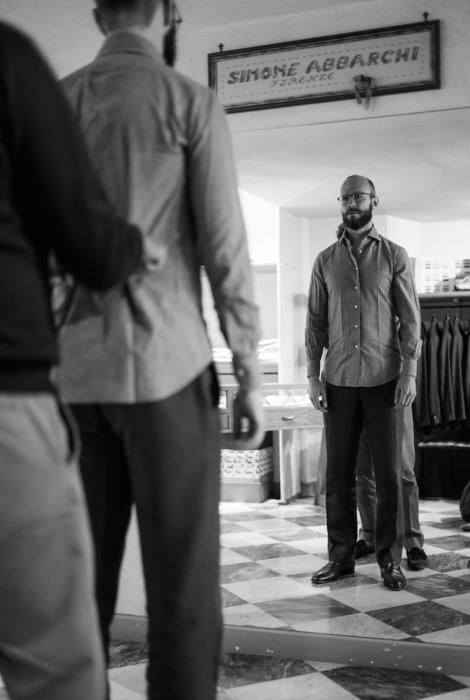 When I brought my shirt from Simone Abbarchi back to him in June (or rather his assistant, Gianluca) we ended up making quite a few changes. This may be a cause for concern, though I will reserve judgment.

I had had one fitting originally, in a trial shirt, before having this final grey one made. And as I said in the post on that completed shirt, the shoulders were noticeably too tight while the body was a bit too big.

Neither were big problems, but they certainly needed to change for the next shirt, so I went in while at Pitti in June to have a few changes made to the pattern. Gianluca took quite a lot in at the waist, lengthened the sleeves slightly, and widened the shoulders. In retrospect, they were quite substantial alterations. 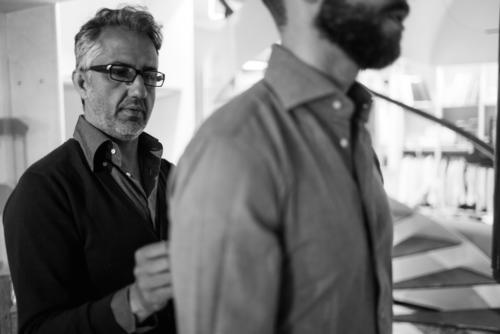 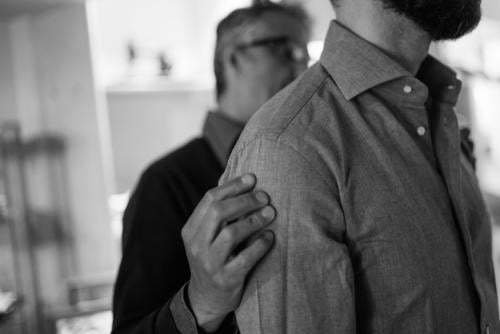 Why is this important? Because the aim of anyone seeing a shirt maker should be to perfect a pattern – usually after two or even three shirts, rarely after one – and then be able to order consistently and with confidence.

Shirts should be a relatively inexpensive purchase, compared to suits or shoes, and they will need replacing more frequently. You are also much less likely to need or want different styles, again unlike suits or shoes. So one good shirtmaker with a great pattern is a lovely thing.

Of course, being me I actually use three shirtmakers (D’Avino, Luca Avitabile and Abbarchi) depending on how flush I am feeling at the time. They all offer good value for what they do, and each will suit a different pocket. [See this post for more details.]

Simone comes to London and New York twice a year, and both trips are coming up. He is London next week – September 15 and 16 – at 35-36 St James’s Place. And in New York from October 7th to 15th at the Michelangelo Hotel (152 W 51st St). Email [email protected] for appointments. 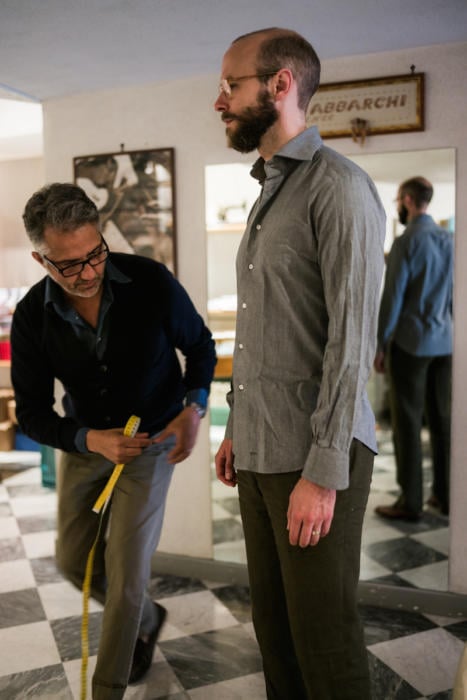 You can follow the discussion on Simone Abbarchi shirt fitting by entering your email address in the box below. You will then receive an email every time a new comment is added. These will also contain a link to a page where you can stop the alerts, and remove all of your related data from the site.