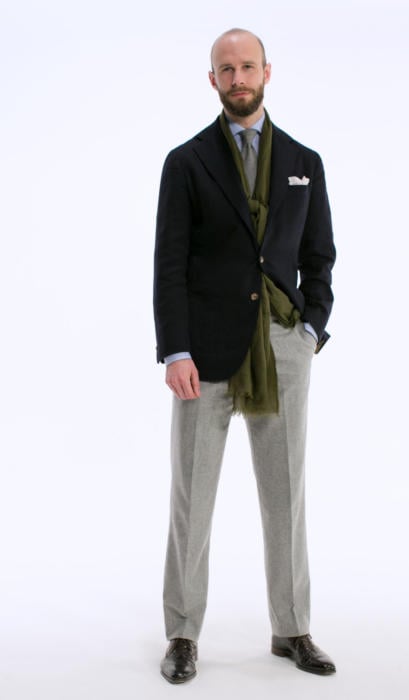 Several readers asked what I was wearing in the video we produced recently for Begg & Co scarves. So here they are, one by one.

In the jacket shots, above: 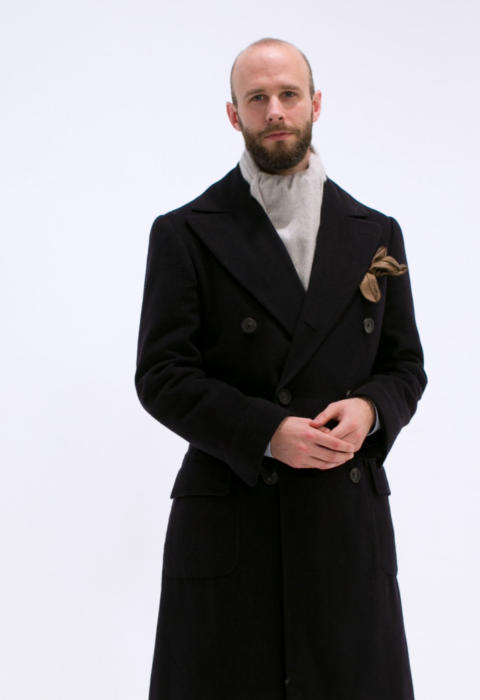 As above, with the addition of: 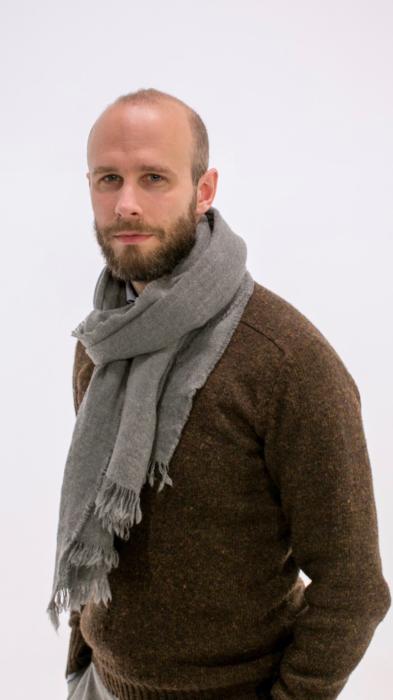 Lastly, with the same flannels and shirt but adding:

You can follow the discussion on Scarf outfits: Solito, Cifonelli, Anderson & Sheppard by entering your email address in the box below. You will then receive an email every time a new comment is added. These will also contain a link to a page where you can stop the alerts, and remove all of your related data from the site.

I don't think I did make that distinction - do you mean the difference between woollen and worsted?

Hey Josh, Good point. Generally, dry cleaning a suit once a year is pretty good, so if you only do it that time, before putting it away for storage, then there won't be much long term damage in the long term from the cleaning. I'd…

Thanks. It's a pale blue poplin shirt from Budd, with a gold knitted-silk tie

Video: How a jacket should fit

Denim can be quite hard in that way - the shade makes a big difference. Usually, the issue is the colour of the denim is stronger, or more saturated than a normal business-type shirt. Try wearing it with more casual and strong colours such as…