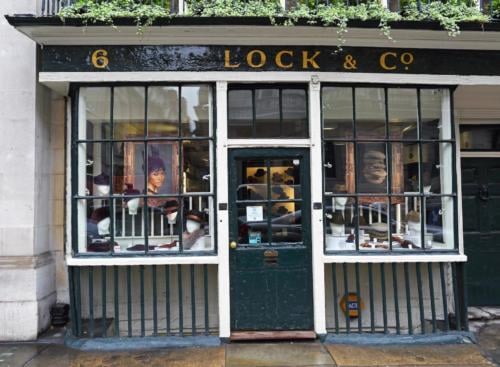 Horatio Nelson first walked into Lock & Co hatters in November 1800. He had just returned from the Mediterranean, and came into the St James’s Street store to order a cocked hat and cockade.

The two-cornered style – the same as he would later be carved wearing on Nelson’s Column – was all the rage at the time. Nelson was a horrifically vain man, who had an oft-stated fear of dying badly dressed.

On 6th January 1801, just a couple of months later, Nelson was back. He bought another cocked hat, which would be worn at the upcoming Battle of Copenhagen, the bloody encounter that led to Nelson being promoted to Viscount.

A few years then passed until his next visit, on 5th August 1805. But this time he commissioned something special in addition to the normal cocked hat and cockade: an eye shade. 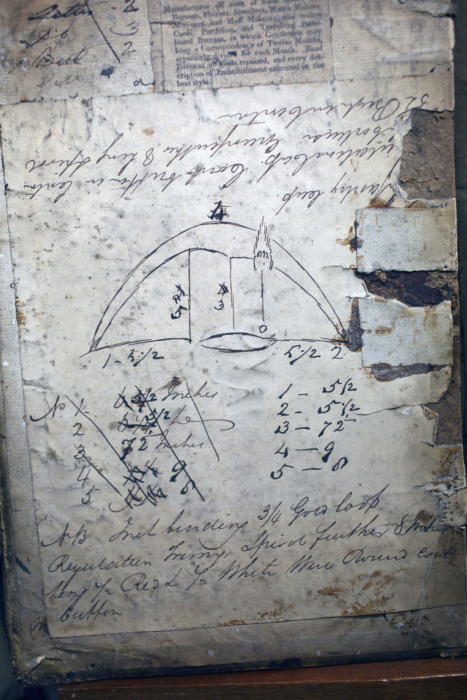 Nelson had been blinded several years earlier, and finally wanted a permanent covering attached to his hats. So Lock & Co designed a flap that would sit on top of his blind eye, covering it from view (shades of vanity again).

“We have the original design of that eye shade in the records [see image above],” says Hannah Rigby of Lock & Co. “It was a semi-circular piece of felt that would have been sewn to the underside of the brim.”

At the end of August 1805, Nelson returned for his last cocked hat. This one was worn into the Battle of Trafalgar, where Nelson was shot and later died. Today it sits in memento on top of a wax effigy in Westminster Abbey. 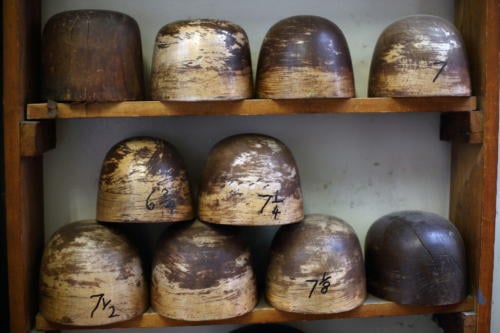 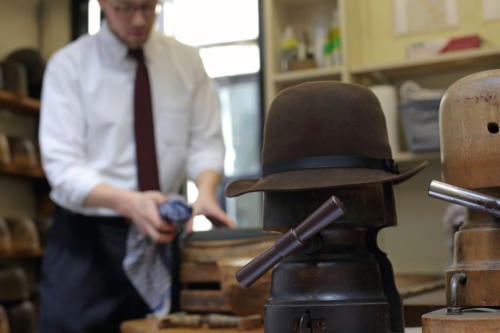 Happily, however, Lock’s connection with the Nelson family continues. A direct descendant of his, known only to staff as Mr Nelson, is still a loyal customer.

A bit of a character, he rides around London on a tricycle with several Union Jacks flying from it, despite being well into his 80s. Mr Nelson prefers square-crowned hard hats – known as a Homburg most places but the ‘Cambridge’ at Lock & Co – which were also Winston Churchill’s headwear of choice.

There are so many stories at Lock & Co that it is sometimes hard to know where to begin – or perhaps more importantly, where to end.

They are so treasured that the company recently began a two-year renovation of the archives. All of the ledgers apart from the most famous (Nelson, Churchill and Charlie Chaplin) have been taken to the London Metropolitan Archives, restored and catalogued. 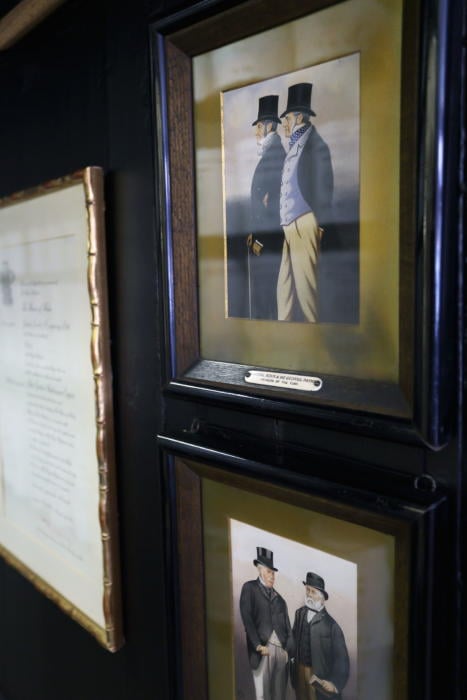 Lock is also building a new heritage room at the back of the shop, which will contain that first order from Nelson, his eye flap design, and several signed ‘head shapes’ created using its well-known ‘conformateur’.

This traditional method of head-measuring uses a wooden frame with movable pins all the way around it. By adjusting the pins to fit the head, a perfect outline is created that can be translated onto a wooden block – in order to stretch the hat upon.

“It’s particularly important on hard hats, like top hats and bowlers,” explains Hannah. “If they don’t fit perfectly to the head they can be very painful.”

The most famous user of the conformateur was Queen Elizabeth II, who required it when she had her crown fitted ahead of her coronation in 1953. Lock & Co worked with Garrard’s to adjust the crown, and then fitted the ermin around the outside themselves.

The new heritage room will have several signed shapes, as well as orders from the likes of Oscar Wilde, and the first ever commission of a bowler hat. 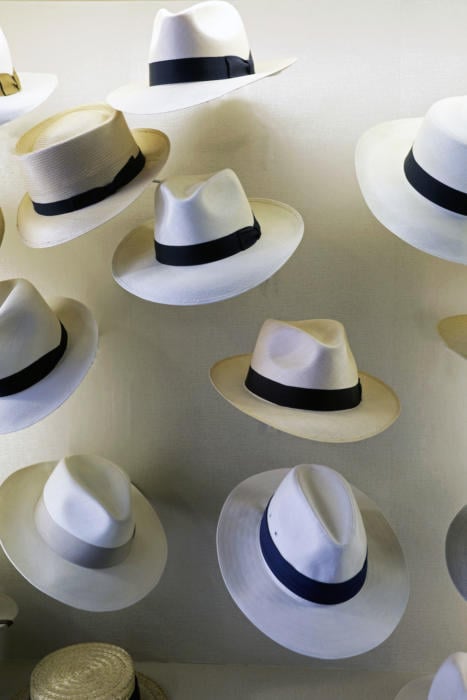 This is an extract from the book ‘Best of British: The Stories Behind Britain’s Iconic Brands’.

The large, coffee-table volume is available worldwide, with signed and dedicated copies available through the Permanent Style shop 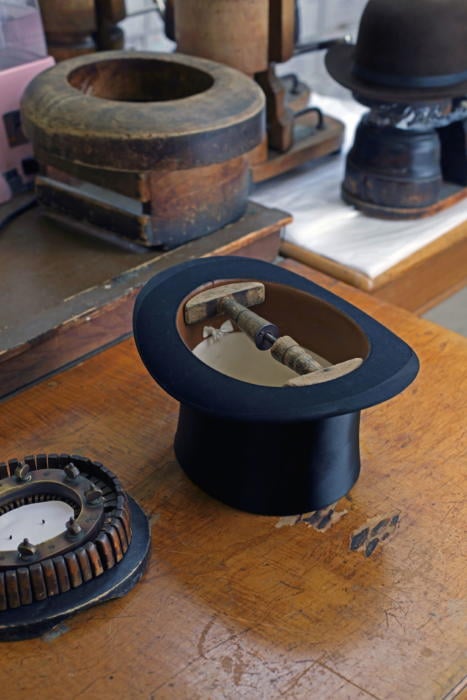 You can follow the discussion on The stories of Lock & Co hatters by entering your email address in the box below. You will then receive an email every time a new comment is added. These will also contain a link to a page where you can stop the alerts, and remove all of your related data from the site.