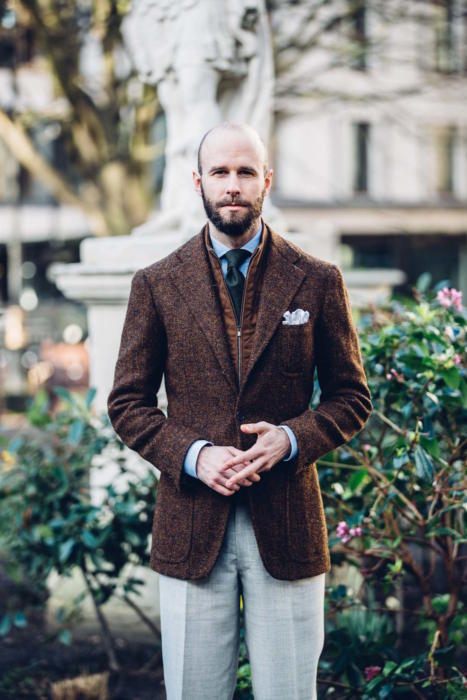 Last August I began this project with Davide Taub, head cutter at Gieves & Hawkes, to create a bespoke gilet that could be buttoned into a variety of jackets.

I think it’s fair to say the project has been largely, but not entirely successful.

Davide cut a beautiful piece, with a great fit through the chest and stomach. It sat elegantly and cleanly on the body and a lot better than anything ready-made.

It also sat nicely under the jacket, with the elongated front meaning it took up a good amount of length down the front of the jacket, but the cutaway at the bottom preventing there being too much bulk around the hips.

However, it proved to be too heavy and structured for most of the Elia Caliendo jackets we intended it for. 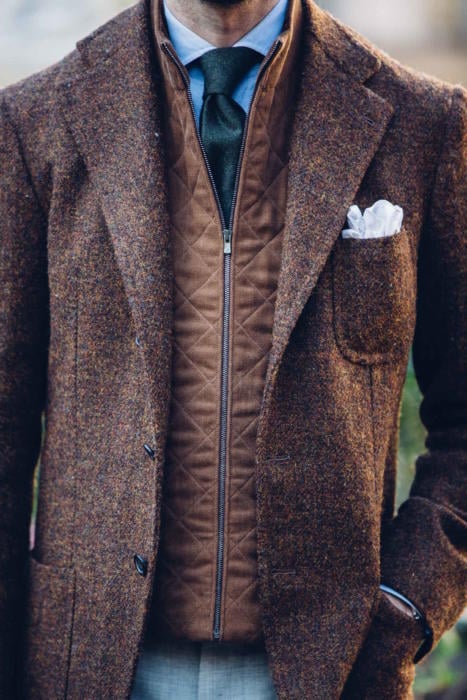 We had actually softened the make from Davide’s original design – a gilet that buttoned into a driving jacket as part of the Bentley’s bespoke project last year. The cotton we picked was lighter in weight, as was the canvas inside.

But even so, two layers of that cotton, plus the canvas and quilting down the front, caused subtle problems with the fit of the first jacket we tried – my first commission from Elia in the Permanent Style tweed.

The front of the jacket was obviously a little tighter with the gilet underneath, but not too much. The bigger issue was that the gilet’s collar, and its overall bulk, pushed the jacket off the back of the neck.

We tried moving the position of the buttons that fasten the gilet inside, and having fewer buttoning points, but the result was the same. 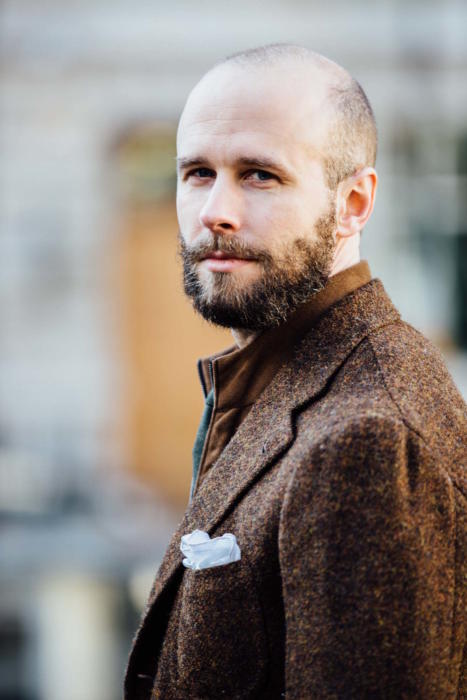 Fortunately, the effect was minimal on my heaviest piece from Elia – the beautiful Harris tweed pictured here. It was a little stiff around the zip at first, and wouldn’t roll nicely out around the lapel. But it gradually softened and now has a pretty nice shape.

We didn’t even try to button it into the third Elia jacket I had planned, a mid-weight fawn cashmere. But I will look at putting the required loops into some of my other heavier jackets.

In the end, the problem was that the gilet I had in mind to copy is actually very unstructured. When you see such strips up the front of Corneliani jackets or some overcoats, it has no structure at all. It’s merely two layers of cloth, which rolls happily outwards unless zipped up. 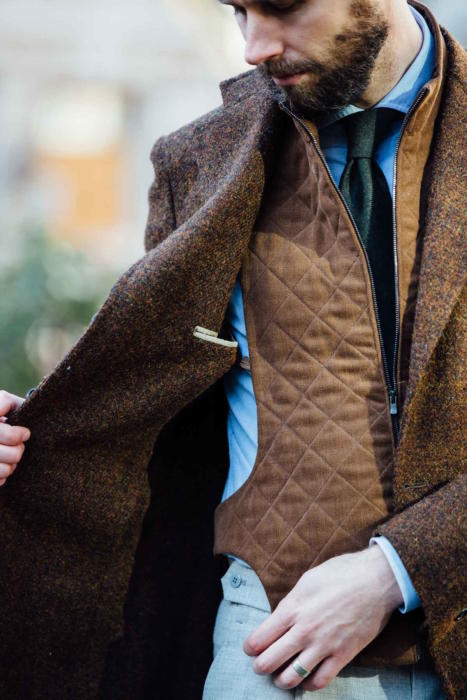 When I wrote about the bespoke leather jacket Davide made me back in 2013, I commented that we probably got 8 things out of 10 right with that one. This gilet was probably a 7.

But in many ways that’s the beauty of bespoke. I don’t dislike the leather jacket any more for the fact that it didn’t turn out as I had pictured it in my head. Such are the risks of starting with a blank page (without the hundreds of iterations of haute couture).

The gilet is a beautiful, useful and original addition to this tweed jacket, and could prove useful on others. The fact that it isn’t quite as versatile as I had intended doesn’t undermine that.

You can follow the discussion on Final bespoke gilet, Davide Taub at Gieves & Hawkes by entering your email address in the box below. You will then receive an email every time a new comment is added. These will also contain a link to a page where you can stop the alerts, and remove all of your related data from the site.