Pop-up shop update: Sartoria Formosa are in the shop today, Friday and Saturday. Gennaro Formosa is on site, together with Gianluca Migliarotti – director of the ‘O Mast’ film among other things

There was a time when having a ‘Super’ suit was all anybody wanted.

Anything made in a Super 120s wool, ideally Super 150s, even (whisper it) Super 200s, was considered simply the finest thing money could buy.

Which in a way, it was. The wool fibres used in the making of the suit were extremely fine (that is, thin) and with every higher ‘super’ number, they got finer.

Finer fibres, and the finer yarns they were spun into, created beautiful cloths.

But they were also increasingly lightweight, which made them difficult to work with, often lack the body to hold a crease, and wear out quickly.

Today the ‘fineness’ or quality of a cloth is treated more broadly, and takes in factors such as length of fibres, crimp, tensile strength and other factors. At the same time, sturdier, more traditional cloths have become increasingly fashionable.

But where did this ‘super’ system come from, and who regulates it?

This is the story of wool grading.

I can tell by touch

Originally, wool grading was done by professional sorters who would sort the wool after shearing into different lots, according to how it felt to them in the hand and how it appeared to the eye.

The soft and lustrous was thus separated from the coarse and dull. The former were from the part of sheep that was protected from elements and contamination, and there was generally less of it than the coarser grade.

However, over time advances in selective breeding increased the proportion of higher grade wool.

As the European textile industry grew and the demand for wool increased, it became necessary to grade wool fibres more accurately.

At the time, all Australian wools were traded through the London market and an attempt was made by the British Wool Control (BWC) to classify the wool fibres into a number of categories.

This classification was based more on the final use rather than characteristics such as colour, softness or crimp.

There were four main grades, each divided into three sub-grades based on the length of the fibres, and in turn sub-divided based on a visual assessment of the fineness of the fibres.

Numbers were allocated to the divisions ranging from 60s to 90s, with 90s being the highest grade designated for use in fine apparel.

Another method of grading wool at the time was by blood. Using full-blooded or pure-breed merino sheep as the standard, other wools were divided into seven basic grades descending in quality and fineness.

Each grade was meant to correspond to the fineness of count to which the fibres could be spun. These grades ran from 80s to 36s.

It is likely that the two grading systems were combined in the term Super 100s, which was adopted by English weavers to refer to the best wool qualities available.

But in spite of the various attempts to objectively measure and grade the wool, growers and buyers continued to rely on old visual and tactile methods.

For a long time some English mills also used an unofficial system whereby the ‘super’ number related to the maximum worsted count of yarn to which that particular type of wool could be spun.

As spinning and weaving technologies developed and the demand for finer yarns and lighter weight fabrics increased, it became increasingly important to have proper grading guidelines.

So new technical parameters were established to grade wool by fineness measured in microns (1 micron = 0.001 mm), and this quickly became one of the most important factors in use.

In 1970, the Australian Wool Corporation (no longer in existence) published a new chart which attempted to establish a relationship between the old classifications and micron count.

Around this time, new developments in spinning began to make it possible to spin finer yarns from coarser wools, and cloth with counterfeit selvedges and misleading descriptions relating to quality of wool started to appear in the market.

Wool growers also managed, by further selective breeding, to produce wools finer than ever.  New terms such as Super 110s, Super 120s, Super 130s and so on – none of them recognised by any textile association – started being used by manufacturers.

In order to bring some cohesion into the grading system, the National Wool Textile Export Corporation (a British Body) established in 1992 a quality designation based on microns with codes of practice that classified wool from Super 70s to Super 150s.

This classification is based solely on the maximum mean fibre-diameter of tops, and does not consider the other characteristics of the wool fibres.

Modern luxury cloths speak of more than just microns. They talk about the average length of fibre, of the crimp, and often other factors unrelated to quality, like sustainability.

Because while there is a correlation between fineness and length (for example), not all Super 150s fibres have the same average length.

And crimp is even less correlated – something demonstrated by Escorial cloth, which is not the finest in the world but certainly has the most crimp, giving it loads of natural stretch.

A finer fibre is softer, making it feel luxurious; some, like Super 200s, can feel as soft as cashmere. But length is crucial: superfine wools can be spun into fine yarns because they are long as well as thin. Cashmere is a pretty stubby fibre by comparison.

There is also more acceptance today of superfine wools that last better and hang better because they aren’t woven into such lightweight cloths.

A higher-twist yarn or a denser weave can be used with a superfine wool to create something that feels almost as luxurious, but will last more than a week in the office.

Superfines aren’t anywhere near as fashionable today as they were 10 years ago.

But understanding what they are is also the process of understanding wool itself. And if you want a sleek, sharp suit, chances are you’ll end up going with something on the supers scale.

You can follow the discussion on Superfines: The story of refining wool by entering your email address in the box below. You will then receive an email every time a new comment is added. These will also contain a link to a page where you can stop the alerts, and remove all of your related data from the site.

I haven't tried the Purdey, but that looks like a fairly regular Northampton shape and make, just with the extra height. You could probably find a more modern version of C&J and Galway boots by ordering a pair with a different leather and sole construction.…

They're vintage Ray Bans from Retrospecs. See article with them here: https://www.permanentstyle.com/2018/06/indigo-navy-and-natural-a-summer-combination.html

True. And something you keep at the back of your mind for when that bonus or present comes around

Amazing. Thanks for letting us know Luke 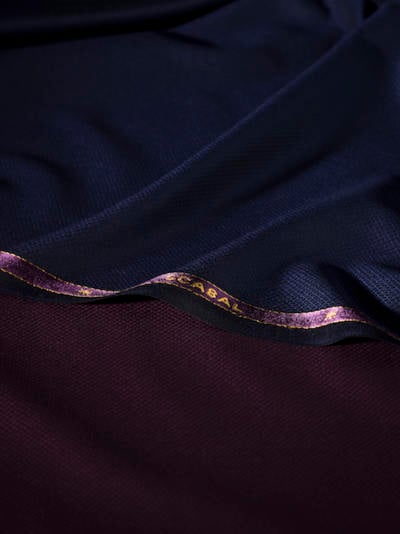 Super 200s
For those who enjoy the finer things in life, Super 200s wool is exactly that – a breakthrough moment in tailoring history when Scabal’s designers and weavers combined to create a superfine wool of unrivalled quality. Super 200’s wool: a prestigious cloth created for connoisseurs. Click here for more details