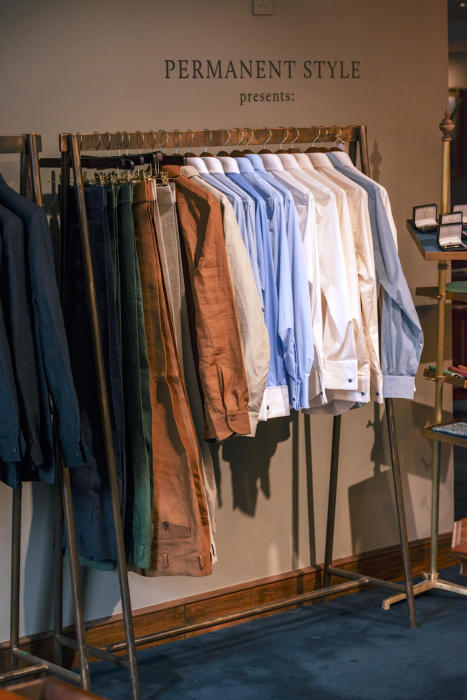 Given the heat at the moment in London, it shouldn’t be surprising that linen is the most attractive thing in the pop-up up shop, which has been going wonderfully so far.

Edward Sexton’s Hollywood-top trousers (above) have been particularly popular, with readers taking the opportunity to try the style in person.

Given their high rise but slightly lower waist, it’s not that easy to predict how the trousers will feel on the body; I’ve found some readers loving them, while others feel they’re a little too retro.

Those that have liked them have bought, however, and a new shipment came in on Monday to replenish stock. Tobacco is the most popular colour so far.

(Interesting also how people have reacted to the Sexton safari shirts, which are made in a rather stiffer linen than most Italian equivalents.) 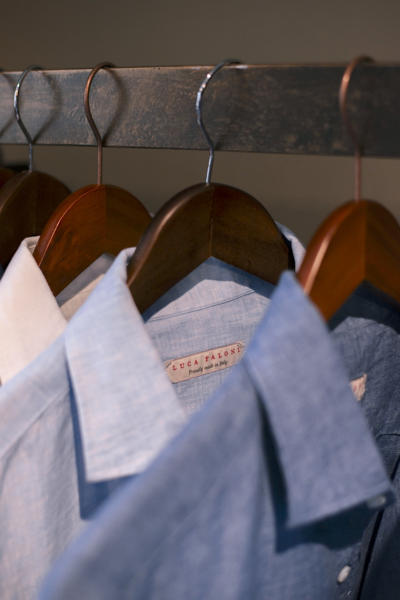 Over at Luca Faloni, it is equally unsurprising that the knitwear hasn’t been going fast, but the linen shirts have been popular.

They come in sugary, summery colours including pale blue, pink and indigo, but my favourite is the Forte in white - not to wear with a jacket, but probably on its own with shorts. 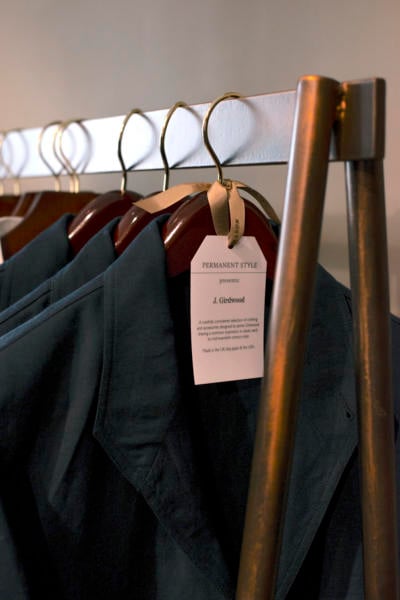 Linen too at J. Girdwood. James added some navy-linen teba jackets to his collection this season, made with Justo Gimeno (above).

For anyone that likes tebas, the details are great: deep navy, in a crisp linen, with matte-horn buttons. Perfect for the weather right now. 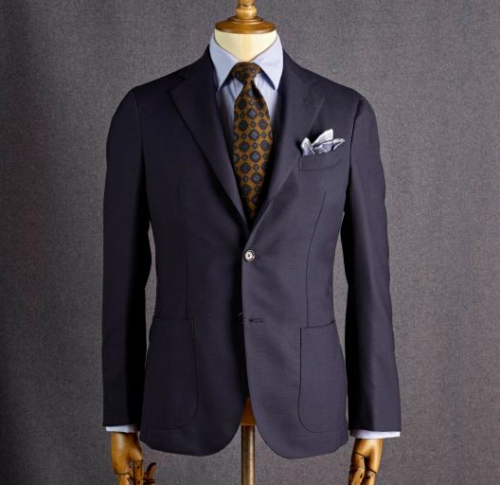 Fox Brothers doesn’t do much linen, but it has added some ready-to-wear navy hopsack jackets, which are nice given we rarely have RTW tailoring on offer.

The jackets are made in Italy to a very high standard, with hand-attached collar, hand-sewn buttonholes and hand-finished hem.

The cloth is a 320/350g midnight hopsack, woven of course in Somerset. (Fox are moving down the road to a new mill this summer. We wish them well - looms are not the easiest things to move!) 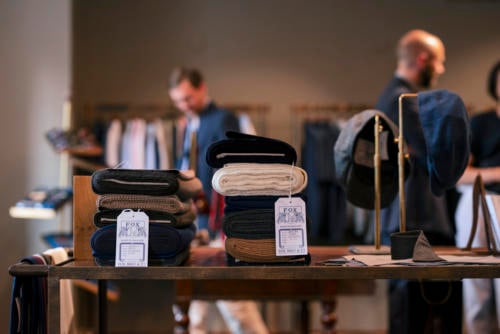 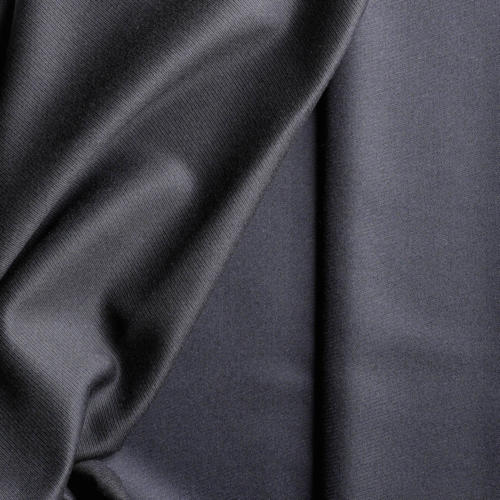 Fox also have the ecru twill cloth I re-wove with them last year - now in its third run. And a navy version that has just launched (ab0ve).

It’s great to see this cloth in person, as the double-twill texture isn’t easy to get across online.

Both have proven popular so far, online and in the pop-up, even though at 16/17oz it’s not the best material for the weather.

But I guess by the time any trousers have been made up in it, autumn will have rolled around. 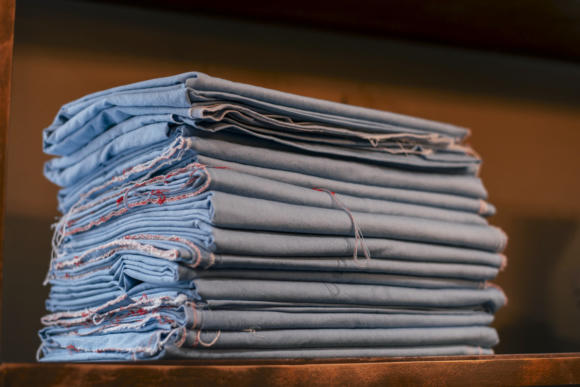 In my section, the Everyday Denim (above), Style Guide and Permanent Style shorts have been the best sellers - the latter a nice addition to the pop-up’s range, and we have some decent stock now.

Shibumi left the pop-up yesterday, but my two favourite ties I saw were the seven-fold eggplant and the charcoal-green jacquard. Both deep, dark colours.

Drapers and Vitale Barberis Canonico appear today for the first time, replacing Shibumi. They will have ready-cut lengths of cloth to sell.

And trouser-maker Pommella and tailor Ciro Zizolfi will be here for a trunk show on Friday and Saturday. A busy end to the week.

Thank you to all that have popped in so far - it’s been a real pleasure meeting you in person. 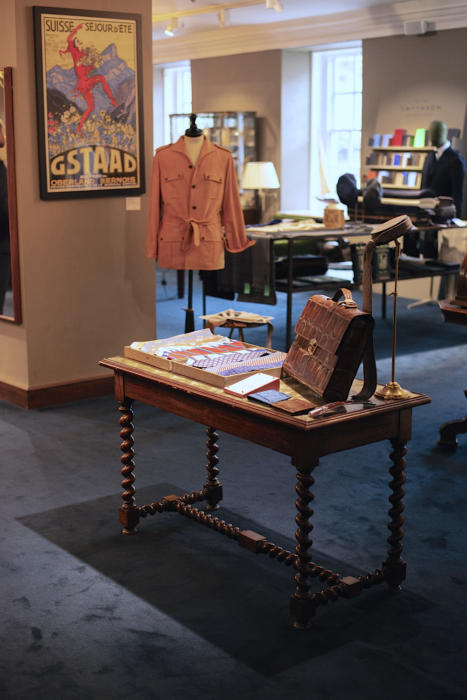 You can follow the discussion on Popular at the pop-up: Hollywood tops, linen shirts, navy twill and navy tebas by entering your email address in the box below. You will then receive an email every time a new comment is added. These will also contain a link to a page where you can stop the alerts, and remove all of your related data from the site.

Sorry. I'd have only solids, with interest just in the weave texture. And they'd be largely matching the trousers - so some navy, grey, charcoal, brown, beige. The only contrasting colour I find I wear regularly is dark green. Very occasionally burgundy, but only with…

Puglia (and the South of Italy in general) moves at a much slower pace than the big cities in the US and England. Which makes for a nice place to “get away from it all” - as long as you avoid the hottest months of…

No, being half canvassed doesn't necessarily indicate anything about being floating or fused. It just means whatever canvas there is, only runs half way down the jacket

Thanks JB, will do