Performance fabrics are very in. Every retailer seems to be offering travel shirts that resist wrinkling, staining or soaking.

Fans of classic clothing are usually sceptical about such fabrics.

This is largely because they can seem like a short cut. When everyone buys lightweight suits, spends little time looking after them, and dry cleans continuously, of course the performance is poor. What they need is a proper suit or shirt, and better maintenance.

However, for someone that travels frequently, or is very time poor, performance treatments might be the only option. And they have improved hugely in recent years (largely driven by that demand).

Here, then, is a summary of the ways a shirting fabric can be given extra performance, their pluses and minuses, and advice on picking between them. 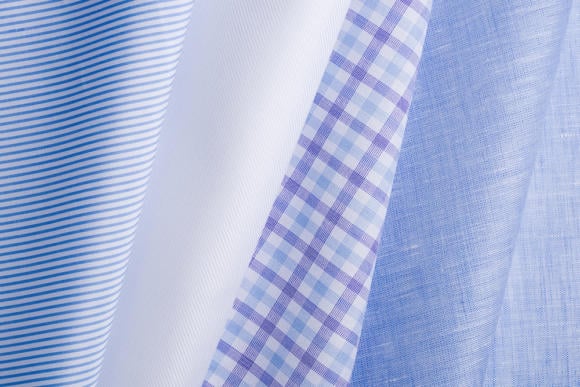 How do you add performance?

Artificial performance is usually added to a shirt fabric by putting it in a chemical mixture that coats it. This used to be synthetic, but with high-end shirts is now usually ammonia-based (both natural and sustainable).

The treatment can make the fabric better at reflecting UV rays, at regulating temperature, at avoiding odour, at reducing wrinkles, at deflecting water and so on.

With water-repellency, for example, the mixture coats the cotton yarn and stops it absorbing liquid. When the liquid can’t soak in, it just beads and runs off the surface.

Some treatments like UV protection have been used on suits and technical clothing for a while, but are very new on shirts. Those around odour and temperature are also becoming popular for guys cycling to work.

One treatment I find interesting is adding natural stretch.

The same liquids can be used to take a larger-than-normal piece of cloth, and shrink it down. When it has been enlarged a little again, the resulting fabric has natural stretch to it – without using lycra or other synthetics.

Lycra or polyester often have the disadvantage (in suitings as well as shirtings) of reducing breathability and retaining odours.

But today they’re also avoided because they don’t biodegrade. Fibres like tensel are used in fabric ranges for the same reason – they’re natural materials that are 100% recyclable. 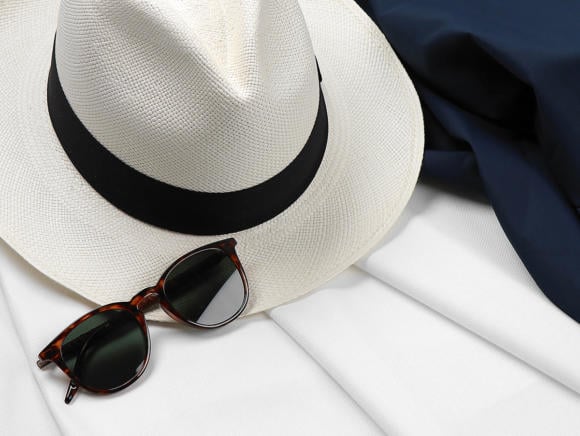 What are the downsides?

The most obvious disadvantage is that these treatments can alter the feel of the shirt: not as soft a cotton, not as nice a drape.

This varies considerably between treatments and between qualities. You can usually feel the difference with a water-repellent treatment, for example, but not with an odour-resistant one.

Older, cheaper treatments are often more damaging to the feel of the cotton. Newer, more expensive ones are better.

And, the more extreme the effect, the more it changes the feel of the shirt. For example, anti-wrinkle treatments don’t change the feel much, but non-iron ones – which promise to have no wrinkles at all – are more extreme and do change it.

That’s why these non-iron treatments tend to only be used on cheaper fabrics, and therefore cheaper shirts.

The Journey range from Thomas Mason is a good example of a high-quality treatment, retaining the feel of the cotton but being very anti-wrinkle.

Lastly, the other disadvantage to these treatments is they don’t last forever. Good ones (like Journey) guarantee it will last for 40 washes, though it may well last for more. Cheaper ones, again, will fade quicker. 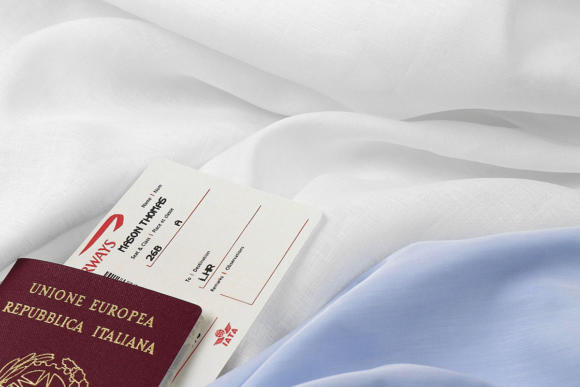 If a treatment like odour-repellency doesn’t change the nature of the fabric, why not do it on all shirtings?

Well, first of all it adds to the cost. Not a lot (maybe 10%) but if everyone doesn’t wants those performance points, manufacturers don’t want to force them to pay for it.

Second, it’s not possible on all fabrics. Linen, for example, doesn’t take the treatments in the same way cotton does. Neither do superfines – which is why you rarely see such treatments on Super 140s cottons or finer.

And with open-weave fabrics it doesn’t work because the fabric isn’t dense enough for the treatment to control the air or water flow. 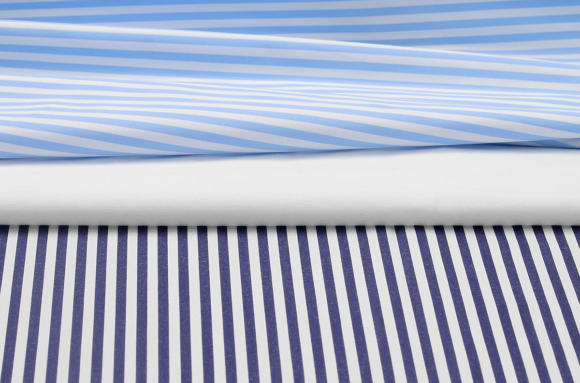 Of course, it should be said that the various different fibres and weaves used in normal shirts also have performance aspects.

A voile shirting needs less ironing because of its extra-twisted yarn. Linen shirts breathe better because the fibre’s strength means it can be woven quite openly.

And dense weaves like oxfords or twills wrinkle less and need less ironing too.

All these performance aspects are described in our previous piece in this series, The Guide to Weaves and Designs.

Fortunately, assessing treatments is a lot easier than understanding those weaves.

Just feel the cotton in your fingers, to see whether the cotton feels any different. Then consider whether you’re happy to have that feeling, or pay that price, in return for the added performance.

You can follow the discussion on The Guide to Performance Shirtings by entering your email address in the box below. You will then receive an email every time a new comment is added. These will also contain a link to a page where you can stop the alerts, and remove all of your related data from the site.