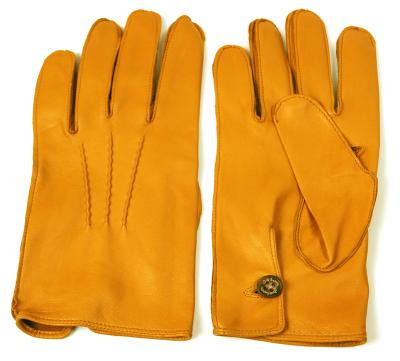 In my last post celebrating Bill Amberg I concentrated on craft – his use of bridle leather throughout the bags and the structure that gives them, as well as the most recent innovation of using oak bark-tanned leather that grows colour-rich and characterful almost as you watch it.

This post, rather than craft and bags, will discuss design and gloves.

It will not surprise readers that I consider my hands to be unsuited to ready-to-wear gloves, and have never found any that truly fit. Such are the excuses that a bespoke devotee of makes about his feet, shoulders and much else.

My hands are relatively broad with long fingers, but the wrist is small. Artistic hands, in the eyes of my mother; feminine hands in the taunts of everyone else.

The problem with slim wrists is that gloves are not tight enough there and so slide forward on the hand, making them feel loose all over. Even elasticated gloves aren’t tight enough. For someone that gets itchy when his collar is too big or his cuffs just a touch too short, this is an irritation. 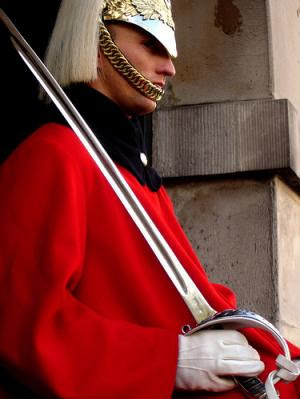 By blind luck, I stumbled upon a solution at Bill Amberg. All his gloves are inspired by models, either modern or historical, being used out there in the world. The pair I liked are those worn by the cavalry officers that guard ’s royal palaces – you know, the ones that aren’t allowed to smile.

In unlined calf skin they are very soft and supple, yet thick enough to be warm. And they’re not just copies of the officers’ – they are produced by the same company but commissioned exclusively for Bill.

Gleefully for me, they also button snugly around the wrist. I discovered that the model is part of the reason (Bill’s driving glove, a copy of an old British model, is short and loose at the wrist, designed to be easy to put on and not constricting) but the leather is also important. The soft calf stretches more, so as long as the fingers are long enough, you can try one size smaller than normal. I downsized from an nine to an eight.

While I highly recommend Bill’s gloves – others are copies of those worn by air force pilots and fishermen – this is obviously not the season for gloves any more. There is one pair of the cavalry officer gloves on the site, if you happen to be a size 10. But they also have some left in the store in the Burlington Arcade. And if you’re lucky enough to find some you like, they’re on sale.

Otherwise, just have to wait until Autumn/Winter 2010.