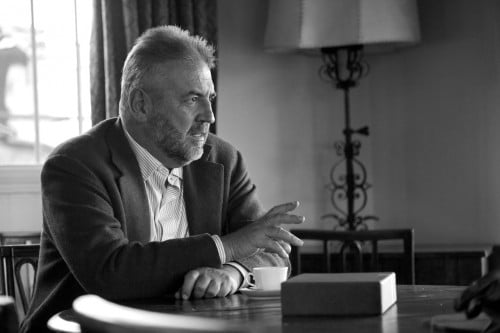 While travelling in Morocco, Egypt, Israel and the Sudan, Lorenzo Villoresi was consistently taken with the essences and spices of the local markets, not just their variety but the possibilities of combinations: honey used with tobacco to make ‘amber’ cigarettes; the many versions of curry powders; rosewater and local oils.

“Because there is no tradition of perfume making in my family, I had a very free approach to scents and products, and was heavily influenced by those early travels,” explains Lorenzo. “For example there is one pot pourri we made early on – Piper Negrum – that is like a resumé of the spice markets. There are five different kinds of pepper in it. Some other fragrances, like Alamut, also have an opulent, oriental feel and we sell them in oil for that reason.”

Few modern perfume houses sell scents in oil these days – it is nearly all in alcohol. Oils are a different way of experiencing a fragrance, and simply unfamiliar to most modern consumers. For that reason they have to be made in small quantities, which makes them more expensive for houses that rely on volume. Lorenzo, fortunately, makes all his perfumes in a small operation in Sista Florentina, on the outskirts of Florence, which gives him flexibility as well as the freedom to experiment.

Which is how he spent the first 10 years – experimenting. Although theoretically an academic, he increasingly experimented with mixtures and distillations during trips abroad, beginning with a visit to Egypt in 1981. These were made as gifts to friends, or to friends of friends. But the friends became increasingly demanding.

“I was making pure oils and essences – pure jasmine, pure sandalwood,” Lorenzo remembers. “And then friends started saying, ‘this is nice, but I’d like something else with it, something unique’. They were happy with what they got the first time, and the second, but by the third time they wanted to experiment. So I went away and studied, on how to mix ingredients, on how to present them and construct them.”

Then, in 1989, a friend of a friend came for a custom-made fragrance. She worked for Fendi, and soon came back with her director in Florence. He was looking for someone who could make pot pourri and scented candles for Fendi, to go alongside their homeware. The venture did well and quickly expanded, giving Lorenzo both the encouragement and the support to explore his own business more directly.

So after stints working for several other brands, including Armani, he launched his own brand in 1990. Two years later, Fortnum & Mason was the first store to begin carrying his fragrances – before he was even stocked in Florence. The relationship with Fortnum’s has lasted for 22 years.

Expansion has been gradual. Lorenzo Villoresi is now stocked in 32 countries, with his own store in Florence. The range of scents has expanded substantially. But he has resisted the temptation to become anything bigger – to do make-up, cosmetics, shampoo. He makes only fragrances, and those from beginning to end, from the first late-evening experimentation in his laboratory to the production on the other side of town.

The freedom of alfalfa

As a production process, perfume is very bottom-heavy. The same research, time and number of ingredients is required whether you are making a fragrance for one person or 20,000. Lorenzo uses around 1500 ingredients. An individual perfume will have 20-30 elements in it.

It is because Lorenzo enjoys this research side of the business so much that he does so many bespoke fragrances. It is a more dedicated, focused task and extremely personal for the individual concerned. “I had a female client who was Irish, but married to an American and living in the States,” Lorenzo recalls. “It became clear over the course of several interviews that she associated the smell of alfalfa with Ireland, with a sense of home and a feeling of freedom. Another, male client had a strong association with blackcurrant. It was a question of understanding that and then seeking out the right ingredient – nobody in Italy knows what alfalfa is, for example.”

Lorenzo believes anyone can become a perfumeur. It is simply a question of training your sense of smell, in the same way you learn how to identify different smells in wine or whisky: “People who have been involved in making a bespoke perfume suddenly find that their sense of fragrance becomes refined in other ways. They start smelling parts of the perfume in champagne, for example,” he says. “It’s all a question of training. It’s something we should carry on doing every day, and never do quite enough.

“You must smell blind sometimes, so you don’t make personal associations with your surroundings. The particular scent of a table, for example, could mean beeswax, polish or simply wood to three different people.”

Each of Lorenzo’s perfumes will have different associations for different men. But for me each will always conjure up some image of Lorenzo himself, probably sitting in his laboratory under the eaves, on a quiet Florentine evening, tinkling the edges of a glass beaker as he plays with another, particularly unexpected combination.