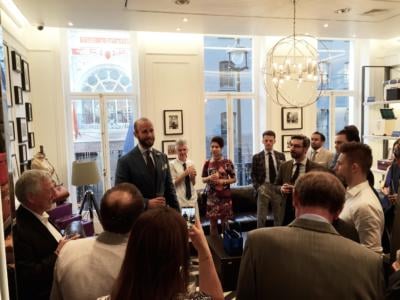 A few Instagram shots from our party at Globe-Trotter last week, where we presented our Permanent Style 2015 book to readers and many of the brands included.

The party was held on the lovely first floor of the Globe-Trotter shop, which opened on Albemarle Street a year ago. They have both vintage cases and recent collaborations on display there – one of which was the tote bag I have designed for them, more of which later. 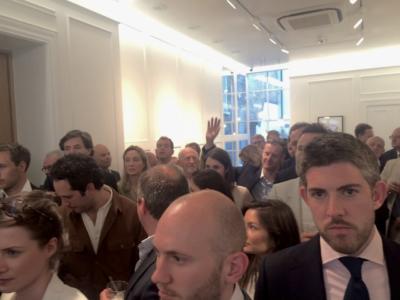 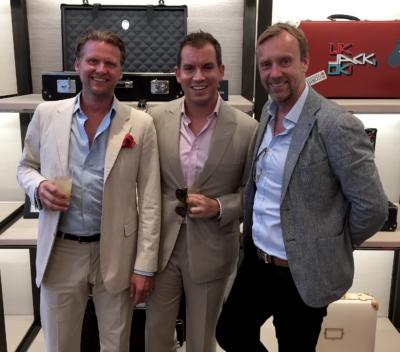 Perhaps the best aspect of the evening was the mix of attendees, which several PS readers commenting how nice it was to chat with the likes of Glasgows Sr and Jr from Cleverley, Lizzie Radcliffe from Levi’s, James Eden at Private White, Anda Rowland from Anderson & Sheppard, Suleman and others from RRL, plus Cordings, Foster’s and so on.

Somehow such conversations are different – more personal and less commercial – in that environment.

There are still copies left of the book (thanks to those who bought on the night, or had their copy signed) which you can buy here. 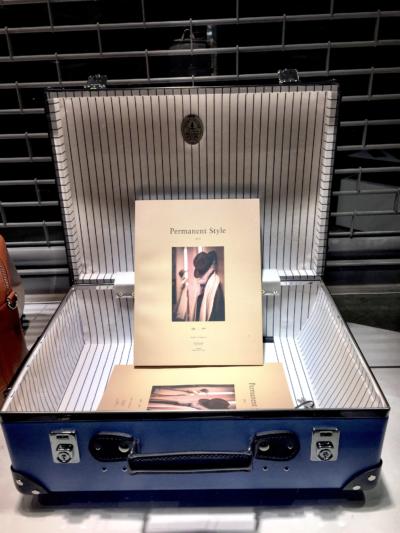 You can follow the discussion on Permanent Style 2015 launch at Globe-Trotter by entering your email address in the box below. You will then receive an email every time a new comment is added. These will also contain a link to a page where you can stop the alerts, and remove all of your related data from the site.

It's the tweed Mallory vest from Nigel Cabourn. To be honest, I've sold it since I took these photos (originally for the Plaza Uomo cover story on me a few years ago). I loved the material, but the lack of bespoke-level fit annoyed me after…

1. More the photos probably. It's pretty traditional dark navy 2. Yes, I think so. To be honest, I could wear a Medium or a Small, and I still have a prototype we did in Small. They both fit fine, the Small is just less…

To be honest, I'd say most of the ones I've used for more than one shoe have been similar - Stefano Bemer, Cleverley, Gaziano. Though perhaps with Masaru Okuyama being a little better (see that recent post). The stand-out conclusion for me is that bespoke…

Shoe shoot for Free and Easy

I do find it particularly useful, yes Nick. I think it's the combination of being a nice soft tweed, but also fairly smart (as noted in the piece). I also think Steven's great work has to take some credit as well. The fit and style…