For a long time, men's running clothing has been pretty poor - dominated by a few big brands, with few design options and sold largely off the basis of celebrity endorsement.

That has started to change in recent years, as men care a little more about how they dress and - crucially - spend more on it. The potential of that market has been made clear by the growth of women's brands, and a few start-ups have started to compete.

Over the past two years, I have interviewed three of those brands, written about them, and most importantly, regularly run in their kit. 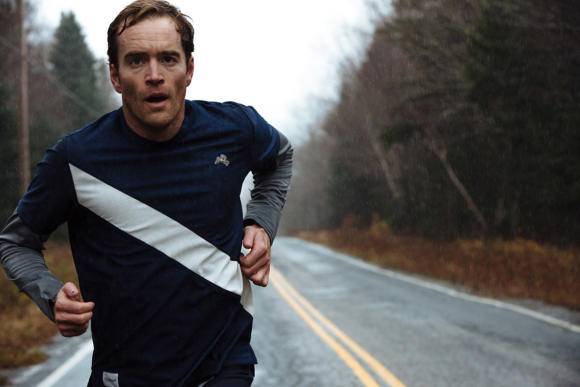 Each of the three has a slightly different approach to creating better running gear.

The first, Tracksmith, focuses heavily on style and experience. Located just outside Boston, their stories are about New England racing, about inspiring runners and the beautiful local scenery.

They were referred to as the 'Rapha of running' early on, given the involvement of ex-Rapha man Luke Scheybeler, and more explicitly their focus on this inspirational side of the sport.

The problem is, Rapha introduced both style and substance to cycling clothing. They genuinely changed the way a lot of cycling clothing was made, with for example the use of merino and merino-mixes in base layers and jerseys.

Cycling has far more technical potential. Most of your body is static, in often cold and wet conditions, for hours. Running doesn't have that issue - some runners will still prefer a vest and a tiny pair of shorts when running in the snow.

I have and run in Tracksmith's 'Grayboy' T-shirt. It's great, it's stylish, but it's not really for long-distance or high-tempo running - just basic training. And I have tried their silk- and wool-mix winter tops - the latter works well, but the former shrank and is now no longer in production.

I love Tracksmith's style. I'm a sucker for style, as you might suspect, and I entirely buy into the New England look, as well as being genuinely inspired by the emails telling me to go run. But the technical side is a bit hit-and-miss. 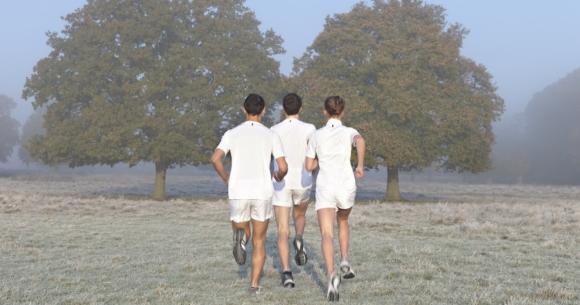 The English brand Iffley Road was founded by two runners, Bill and Claire, who run in Richmond Park close to where I grew up. I went running with Bill for my piece on them in the Financial Times last year.

Iffley Road is, from a product branding point of view, the complete opposite of Tracksmith. Where a Tracksmith top has a striking slash across it, or indeed 'Tracksmith' in big letters, Iffley Road gear has a tone-on-tone logo that a passer-by could miss completely.

There's also a little tricolour band on the back of the collar (the equivalent of Tracksmith's hare) but that's it.

The materials are simple and high quality - a variety of piques in different weights and fibres, with the winter ones entirely merino. The branding and experience side is also less flash, although the packaging does include Rapha-esque running stories, often centred around the Iffley Road running track in Oxford where Roger Bannister ran the first sub-four minute mile.

I run in the T-shirts, winter tops and gilet. The materials are great, although I do find the fits sometimes a little boxy. If you like the low-key aesthetic, I would recommend them.

Soar uses bonded seams throughout, which are much smoother than a stitched seam. It's hard to argue this isn't the future for sportswear, and makes particular sense in running where lack of chafe is a crucial aspect of any clothing.

The fabrics are also innovative and lightweight, with the addition of laser cutting in various places.

However, as chafing has never been an issue for me, its hard to see the bonded seams as much of an advantage. Perhaps more importantly, the aesthetic of block colours and diagonals isn't really my taste.

Running and men's sportswear still has a long way to go; for me there are too few choices that combine both style and function.

Interestingly that's reflected in Mr Porter's sports section, which was launched with a big fuss last year but whose range is rather uninspiring - a mix of Nike, Iffley Road and Ralph Lauren (most of which is barely sportswear).

I hark back time and again to Rapha, to its combination of quality, innovation and experience. It may have been overexposed as a brand, and you could certainly argue it's overpriced, but the way it has changed the industry is indisputable. Perhaps we're just waiting for a real Rapha of running.

You have focused on tops here but i seem to struggle more with running shorts. Regardless of the tops I am wearing I a wide leg, tight waist-banded pair of shorts still ruin the look.

Do you tend to run with phone (for music) and keys etc. I do an it is fine in the winter as i am wearing a jacket but in the summer trying to cram it all in a pair of shorts is a pain, and i don’t really fancy the “bum bag” look. I am actually looking for trim cut sturdy short sleeve top that has a pocket of some sort.

Many of the tops have small pockets, but they’re really only suitable for a single credit card, or a single key. Any more than that and you get weighed down or it bangs around.

When I carry a phone it has to go in an armband unfortunately.

Generally out of the shorts here I’d recommend Tracksmith – though when I last ordered they had an annoying habit of charging VAT and import duties on top of the sale, sent separately a week after the product.

I found ‘running belts’ do the trick perfectly. They are essentially tubes of some elastic fabric with slits in them to stuff away a phone, keys (often with some extra hook), credit cards, bank notes etc. Frees up your arm vs. an armband, and of course your hands. Highly recommended, though again nobody seems to be doing a nice one yet.

I tried basically everything except the armband. In the end, I end up carrying it in my hands most of the time. Everything else bounces too much (pockets) or it’s uncomfortable to wear (the running belt I’ve tried, though admittedly a cheap one).
Ideally I’d just leave it at home, but I use it for tracking runs, plus you never know if some emergency might happen…

I haven’t tried the Tracksmith gear yet, mainly due to the delivery costs (I’m in the UK) and now the horrendous exchange rate. But I do like their style, I might see if I can get something next time I am in the states.

I have a couple of Iffley Rd tops, a pair of shorts and their leggings. Can’t fault the gear. my only slight complaint is the pockets on the shorts, they are hip ones. my phone goes in OK and hasn’t fallen out yet. but it doesn’t feel the most secure. I prefer a zipped one above my bum.

As a huge Rapha fan (my soft shell jacket has kept up with almost daily abuse since 2006) , I’d love to see them do something in the running field.

Hi, I’m one of the Iffley Road co-founders. In response to runners’ feedback we had about the need for zipped pockets, we recently introduced the Thompson shorts. They have one zipped pocket and two traditional pockets.

I have two pairs of the Tracksmith’s Bislett pants and they are excellent in terms of fit (slim but not leggings) and quality. I also have a few pair of their socks but unfortunately they don’t seem to stock them anymore.

Check out NikeLab and Gyakusou.

Yes, I have and bought and run in a few things too. Rather too fashion forward for me unfortunately (to use generous language)

How about running shoes?

Not something I would pass comment on really, given they should be 90% at least performance and the technical side, rather than style

if looking for minimalist runners, check out The Henry Low from YORK Athletics Mfg., also a New England based brand. Their model is understated, light-weight, breathable, high-quality and great value. Best for short to mid distance runs, and easily transition into your everyday wardrobe.

Simon, do you have any maintenance tips for high quality sportswear (running/hiking/biking)? They take a lot of wear and tear, and one is of course meant to sweat in them — how to stop them becoming too rank to wear without aggressive washing that cuts into their lifespans? Thanks, Michael

I have to say that these articles about ways to incorporate style into other (more casual) areas of life are some of my favourite. Not to say that the rest of your wardrobe is not excellent, but it is hard to find an educated sartorial opinion on products that most people generally accept as being mundane and purely functional.

Lovely to hear, thanks Adan

Watch for Scutti sportswear, a new British brand which is both retro look and performance fabrics without silly prices.

I decided to “splurge” on a Tracksmith running kit because I too love their vintage sportswear style. I also generally hate the feeling of most synthetics, and as such I’m often just using a random cotton tshirt these days, despite the absence of any technical properties such as wicking sweat. So I had hoped a much more expensive fabric might provide both feel and function.
And it does, I really like their Horizon tee fabric (“drirelease”),
However, while the merino-blend socks feel great and sturdy, and the shorts are pretty good (though the phone pocket definitely can’t really hold my phone in place, at most my keys), the cut of the t-shirts just doesn’t fit me.
I ordered both S and M as I’m always in-between due to wide shoulders and a 37-ish inch chest (I find checking garment chest measurement doesn’t even really help often), and neither fits me. S is too tight in the shoulders but good in body and sleeve, M is fine in shoulders and slightly bigger but still ok in body, but definitely too long, and has an uncomfortably low armhole.
Can anyone suggest something with a similar feel? Might try Iffley Road’s M which is smaller than Tracksmith’s, though I will definitely miss Tracksmith’s style and they’re even more expensive, plus they don’t specify the cost for international returns.