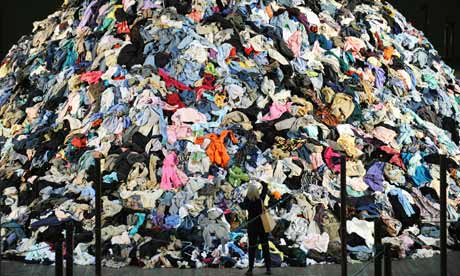 Luxury is not defined by price, quality or comfort. Luxury is simply what you don’t have. Or, more precisely, what you aspire to. Generally, it is that which others have or you once had.

So, obviously, what is considered luxurious is always changing. After the Second World War, material was rationed. So it was luxurious to have a waistcoat or cuffs on your trousers. The aspirations in quality of cloth would seem very low to us today. But then, manmade cloths were aspirational in the 1970s. Today the opposite is true: everything must be natural.

A couple of weeks ago I was talking to Guy Hills, of Dashing Tweeds fame, at his flat in north London. Guy is an avid collector, and showed me a pair of old hunting britches he had bought in a charity shop in Hay-on-Wye. The quality of their construction was astounding: rugged, stiff cloth, taped at the edges and handsewn, with buttons that stood out on thick stalks. I swear those stalks were half the width of the buttons themselves – they weren’t ever coming off.

Compare that to the volume of cheap, poorly made clothing that young girls buy today from Primark, New Look and the rest. It is a mistake to think that the past 50 years has necessarily seen a progression in clothing.

The luxury we have chosen there is choice. We demanded more choice and the ability to amass clothing. More clothing than we could need. Capitalism is an efficient, amoral machine and it provided that luxury.

In recent years, luxury has come to mean something else. It means branding and exclusivity. So it is luxurious to have pieces that are rare, and it doesn’t matter if that rarity is a result of price. Luxury today is synonymous with that industry; it is indeed, often referred to as the luxury industry.

So first we demanded choice, freedom. It was a freedom for more people to wear more things more often. Then we demanded the opposite: scarcity; individual items and brands that we could aspire to. Capitalism obliged, producing something rarer and more expensive no matter what your budget. Desire and craving for all!

It is too early to tell, but we might be seeing luxury change again. It might tentatively be shifting to craft, quality and longevity.

Ignore the recession and those magazine features about ‘investment pieces’. If this trend is worth anything it will outlive the recession. If it is worth anything, it will take 10 years to peak – at which point there will be a worldwide competition to make the finest leather handbag with the finest hand-stitching. And the ultimate luxury will be to own that bag, and keep it.

You can’t pick a trend while you’re in it. But here’s hoping.

I hope you’re right. And it does seem that way in some circles, but the luxury industry CANNOT truly sell longevity and craft in its goods – it needs customers to keep buying new goods each season – maybe Fall 2010 will be the Year of The Simple Craftsman, where hand tooled durable bags are the hip thing, but then there’s 2011, 2012 and so on. The machine of capitalism has to sell new goods every year or it goes away – this is why genuine durability has been downplayed in favor of the appearance of durability.

All we can do as consumers is to buy intelligently and for the long term. My most major ‘luxury’ purchase I’ve ever made was a Panerai watch about ten years ago – it’s been great ever since and still looks good. I don’t expect to ever buy another. Same with the Barbour jacket I bought a few years ago. I’d like to do the same with a leather bag, coat, etc. The luxury industry exists to serve a different clientele than people like you and me, it has to.

I beg to differ. Luxury is what you make of it. For me it is that which brings me pleasure. It need not be expensive, rare, or associated with a label. It is simply what I enjoy.

Great food. Great friends. Great tailoring. Knowing what you enjoy and surrounding yourself with it – now, that is true luxury.

Well-said Sartorial Vancouver, simply put, luxury is that which gives us satisfaction.

I bought a black fly buttoned Skinhead/Michael Caine type raincoat in Primark thats the D.B’s and only cost 16 ones. generally its crap but there are one or two things worth checking, just one or two.

Sticking to things not rushing out for each and every trend that comes along.

Great post and it’s so good. I wish that i can make friend with you and add your blog in my RRS, however i can’t get the rrs address here, if you can help me, thanks a lot!

Thanks John. What did you think of the last one we did? Anything technologically lacking?

Weirdly Alan, this is the third time today someone has asked about RTW trousers, and we have a piece coming out soon by Manish comparing them all - so wait until then if you can!

Hi Christopher, A brief comment delayed due to a technological issue. Thank you so much for this post: a very interesting one well beyond introducing Seiji McCarthy, obviously a great shoemaker, to PS readers! I've really enjoyed reading it! John