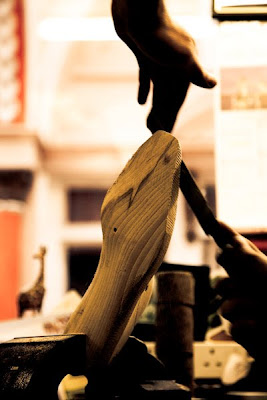 In the previous two posts in this series, we explored the process of being measured for a pair of bespoke shoes and the selection of model. Now we’re on to the lasting.

Teemu Leppanen was to make my last, upstairs on the first floor of Cleverley’s premises on the Royal Arcade in London. It’s physical work – filing down a millimetre at a time of the wooden last using a foot-long file. Especially at the initial stages where there is a lot of excess to take off. 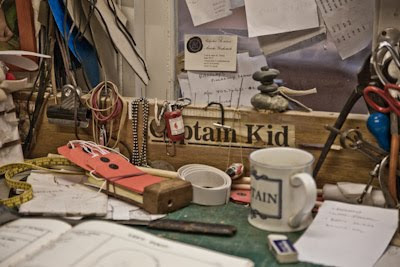 Teemu prefers a “sculptural” style when making his lasts, which means that he prefers to start with a relatively large last and work it down using the file. Some others prefer to start with a smaller last – this is quicker but does more often require the addition of leather patches to the last in the absence of available shape in the wood.

Teemu’s aversion to that “fitting” approach is more personal than corporate; each lastmaker has his own style and there is no Cleverley-wide policy. And even with a sculptural style leather pieces will have be added with some feet, the more unusual shapes. And over time men often need pieces added to their last as well, as their feet change (generally your arches fall and your feet get wider, a little as they do with the impact of landing on them). 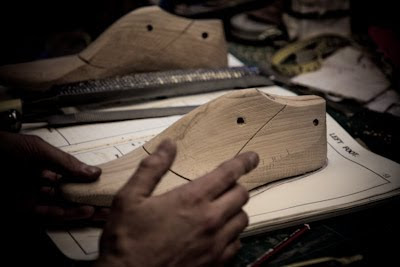 The starting point for lasting is not a solid block wood, but rather a standard size of last that is naturally rounded and full around the foot. This is created by machine – it used to be done by the lastmaker with a large last knife, but there’s no advantage to that so it fell out of use years ago.

The standard last that will be whittled down is around 3-4 sizes bigger than the client’s foot. This ensures that at no point on the foot will it fall within the outline created at the measuring stage.

The most important points for the last are the joints – where your big and little toe connect to your foot. Not only is this the widest point on your foot, it is also one of the boniest. So a poor fit here can lead to the most discomfort. The edges of the upper are obviously less soft and flexible than the middle, so even though the top of your toes might be bonier, they are unlikely to cause as much discomfort. The shoe also flexes at the joints, adding greater stress. 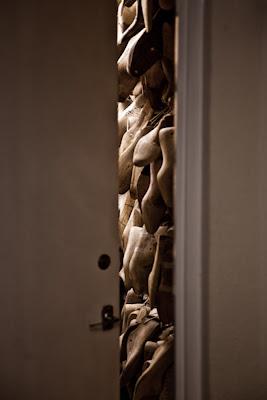 To come: Part 4, the lasting itself

You can follow the discussion on Bespoke shoes at Cleverley: Part 3 by entering your email address in the box below. You will then receive an email every time a new comment is added. These will also contain a link to a page where you can stop the alerts, and remove all of your related data from the site.