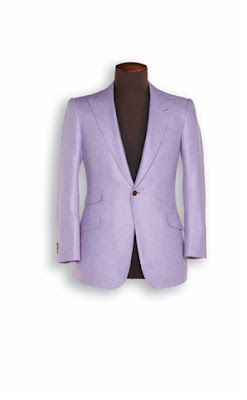 I was in Paris last week visiting Cifonelli for an article to appear in The Rake. It was good to spend some more time with Lorenzo hearing about the history of the firm and his grandfather’s move to Paris (below). But what impresses me every time I meet Lorenzo is his restless urge to invent and to improve. You’ll never hear him say that Cifonelli does something because it’s always been done that way. Everything is constantly reassessed. 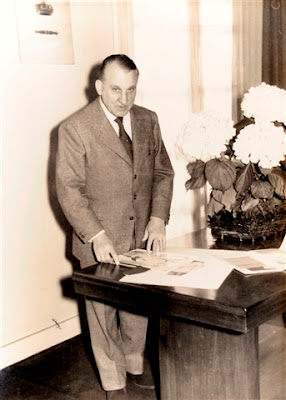 One small example was a method to measure the length of a sleeve. Every cutter I’ve ever seen just presses one end of the tape measure to the sleevehead and pulls it down to the wrist. An alternative is to stick a needle at the exact point where the sleevehead joins the shoulder and slip the tape measure onto it – many tapes have a hole in the end for this reason. It is more precise and less likely to slip, if a little more fussy.

Another example is the double checking that Lorenzo forces everyone to do on each basted suit. Before it goes for a fitting, everything is measured and checked against the measurements taken when the order was made, just to be sure. Paper patterns are also fastidiously altered with each garment (which many tailors don’t do, despite their claims – my right sleeve is always long by the same amount).

I don’t think it’s any coincidence that the tweed jacket that Lorenzo made me fits as well, if not better, than anything else – and all he had was one basted fitting, with a scrap of the wrong cloth. Indeed, Monday was the first time he had seen it on me, and we decided nothing needed to be changed.

Cifonelli’s clean, close fit through the chest and waist, coupled with a soft but roped shoulder, has been developed by Lorenzo and his cousin in the 12 years since they took over the business. Lorenzo has also been keen to experiment with design, coming up with different pockets, trims and fastenings. Much of it admittedly isn’t to my taste. But I still found a couple of original ideas that I liked and included on the tweed jacket. I admire the consistent creativity. 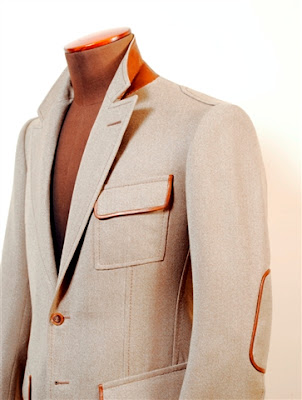 Bottom Image: Magnificent! Executed with military precision.
(Would be interesting to know the personality that can carry-off wearing this jacket.)

As much as I hugely admired the Miltary precision, (bottom of 3 Cifonelli images) of lapped seams and leather trim, I have been noticing an increased use of peaked lapels on single breasted jackets. Am feeling conflicted … would welcome your opinion.

It would seem the peak served a purpose in military coats with an officer’s stand up collar and double breasted tunic…But is there really any precedent that could justify its adaptation to single breasted items? Certainly looks good. But does it make sense? Is it illogical? Does it matter? (In general terms… Not solely related to this particular jacket.) What does Simon say?