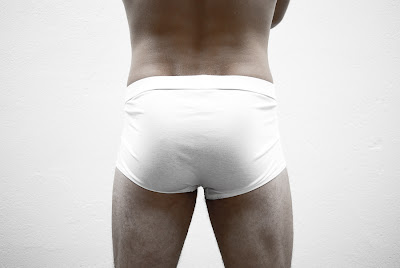 A few weeks ago I began a project to search out the best underwear made anywhere in the world. Obviously, given the focus of Permanent Style, the focus would be on both quality, including materials and construction, and style.

The first is fairly objective and can be analysed quite easily – though with this project it will have the added benefit of testing, with several wears and washes used to determine comfort over time. The second is more personal, but I will express my preferences and the advantages of different styles, to help inform personal choices.

The brands so far included in this project are Zimmerli, Sunspel, Schiesser and The White Briefs. This list has been put together based on conversations with stockists in the industry. If anyone has any suggestions to add to it, they are welcome.

In this first post, The White Briefs. Started by husband-and-wife team Peter and Henriette Simonsson in Sweden, the company began two years ago as a project to make the perfect pair of white briefs. The range has since expanded, but the ethos remains.

One advantage of coming to the idea fresh like this is that Peter and Henriette could take time to pick and choose the best cotton from one source (here, Peru), the best knitters to make the cloth (Switzerland) and the best factory to put them together (Estonia). Underwear is normally a vertically integrated process. This is cheaper and quicker, but lacks choice and flexibility.

Indeed, the industry as a whole is – I’m sure you won’t be surprised to hear – a high-volume and high-margin business, driven by marketing and brand identification, with little attention to detail as a result. In that way, all these producers I’ve highlighted stand out from the logo-driven mainstream. The White Briefs is slightly different from the rest of them in its independent starting point.

The important thing about picking the cotton and how it will be woven is balance in weight and feel, says Peter: “Heavier cottons are sometimes more comfortable and always more durable, but of course they are less flexible. So it took a while to get what we thought was the perfect balance there.”

The easiest way to give a cotton durability and ensure it retains its shape is to add Lycra, but Peter dismissed this: “Lycra is plastic. It is wearing plastic against the skin. Objectively it is always going to be less breathable, and personally I think it leads to a feeling of being trapped. Good underwear should make you feel free.”

There is, however, some lycra in the binding (the strips along the edges) as this has to have some stretch and that’s impossible without it.

The other aspect of the construction is the waistband, the rib for which Peter spent a long time getting right. “The sizing is important, you don’t want it to be too tight but then it has to stay in place as well – the height of the rise is also crucial, as with a good trouser.” As with the rest of the production, the waistband had to be unbranded, simple and sophisticated in design.

Underwear takes a surprising amount of engineering. T-shirts, which are all about the cotton and the cut, are easier. Peter has found this as he has expanded the collection, into different models of underwear and other white basics.

The first underwear model was the Platan – a basic, simple brief with relatively long sides. The next was my favourite, the Elm (pictured), which Peter describes as a sixties-style trunk – halfway between a boxer and a brief. Although the shape is much like a short trunk, the sides are a little higher up the thigh, which makes them more comfortable as your quadriceps arch higher up on the outside of the leg than on the inside.

The last model was the Willow, which is a trunk longer in the leg, indeed a couple of inches longer than others on the market. “The key there was to get underneath the thigh muscle, so that it keeps the hem in place and they don’t ride up as you wear them.” That rang true for me – it’s one reason I dislike a lot of trunk-style underwear.

So how has the Elm worn? Very well, so far. The difference the quality cotton makes to comfort is surprising – though I confess I never really spent much money on underwear before. After each wash it seems like it could have lost shape, but disproves that as soon as it is worn. If I have any criticism of the Elm, it would be that the inside leg could be a tad shorter. Occasionally the little that is there can ride up.

It is also worth mentioning that all the cotton used is organic. This doesn’t make any difference to the comfort, but green values are important to Peter and Henriette. And the range is expanding soon to include some models in pima cotton, again from Peru (as most of it is).

I did also try The White Briefs’ collaboration with Fantastic Man in mesh cotton, which is as wonderfully breathable as it promises to be, but isn’t really to my taste.

Look out for the next installments in the series.

You can follow the discussion on The White Briefs: The underwear project by entering your email address in the box below. You will then receive an email every time a new comment is added. These will also contain a link to a page where you can stop the alerts, and remove all of your related data from the site.