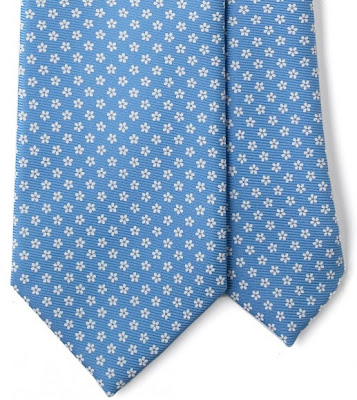 Printed (50oz royal twill)As more men wear ties to work again, it is important to understand the small but important differences between the textures of ties. This is essentially what drives the formality of a tie, and many men when returning to ties will want to keep this formality to a minimum, to compensate for the formality of the tie itself.

Most ties are made of a printed or woven silk. A woven silk, as it has more texture, will usually be less formal, though satin is the most formal silk – as it’s the shiniest. Throughout I link to examples from Drake’s, so you can get an idea of the variations. 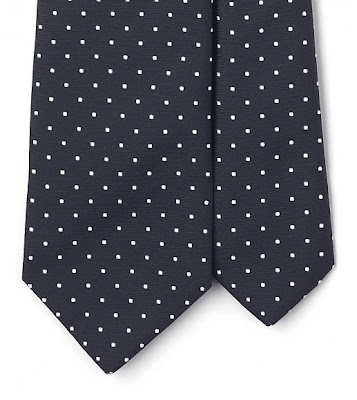 WovenWoven silk comes in lots of different variations, but the only alternative you really need to be aware of is grenadine, which is a noticeably thicker weave – and itself comes in large and small knots. Then there’s knitted silk, which is a yet chunkier texture. You’ll be most familiar with it in thin, squared-end ties. 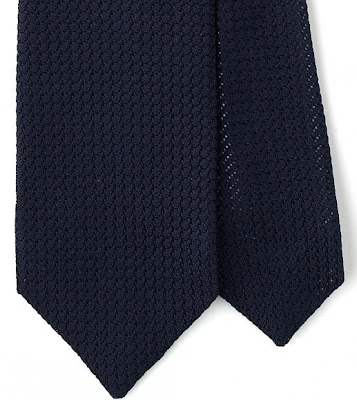 GrenadineMoving away from silk, we have wool, linen and mixes of both with silk. Although the weave may be finer than a knitted silk, for example, any wool or linen tie is more casual than any silk because of its matte texture. The same goes for madder. 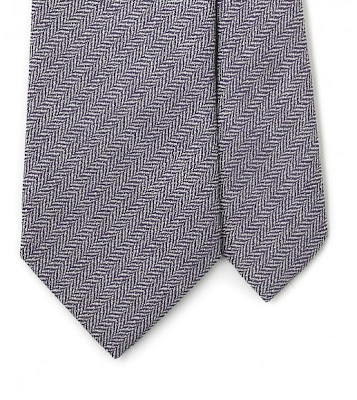 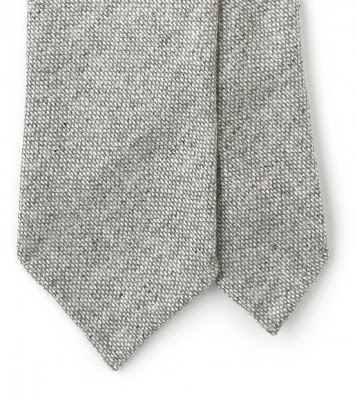 CashmereWhy care about formality? Because if you’re wearing a tie for the first time in a while and want something a little more casual, a knitted silk may be a great idea but wool not smart enough. That will certainly be the case for most client meetings in most industries, for example. As Bruce Boyer has it, “there’s just a touch of sartorial audacity in a silk knitted tie that’s oddly liberating.”

Have fun with the world of ties.

You can follow the discussion on A short guide to ties by entering your email address in the box below. You will then receive an email every time a new comment is added. These will also contain a link to a page where you can stop the alerts, and remove all of your related data from the site.