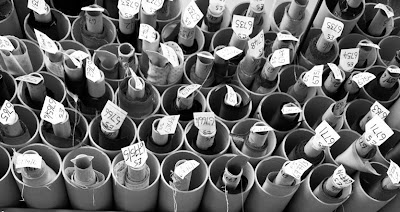 Drake’s was founded in 1977 by three ex-Aquascutum employees: Michael Drake (head of menswear design), Jeremy Hull (export sales director) and Isabel Dickson (export sales administration). “It always helps when you found a business to have people that don’t step on each other’s toes,” says Michael. “Looking back on it, if our areas had overlapped then it probably wouldn’t have lasted.”

Jeremy left first, working with department store El Corte Ingles in Spain before hooking up with Italian brand Belvest. A wonderful artisanal company, both Jeremy and Michael had worked with Belvest while at Aquascutum. But the brand was little known outside of Italy, so they asked Jeremy to take on the agency for the brand in all English-speaking countries. Jeremy, in turn, asked Michael, and the latter was soon travelling to the American market and selling there, designing his own samples for the local market each time.

“That was great experience, because it was both sales and creating a mini-collection, making sure all the construction details were just as we wanted them, the pockets and the lapels just right,” remembers Michael.

After eight months of struggling Belvest took off, particularly in the US. By this time Isabel had also joined from Aquascutum and became the financial brains behind the company, allowing Michael and Jeremy to focus on the business. But although frantic for parts of the year, it wasn’t a year-round job. So in his spare time Michael began designing scarves.

He had ample experience here, having done the house check at Aquascutum and started a small accessories collection there. He had always wanted to do scarves too, but didn’t have the chance. Now, he used his time off to design a small collection of lambswool scarves, oversized and in bright colours. On a whim, he and Jeremy decided to take it to the SEHM trade show in Paris, hiring the smallest booth they had. They took £100,00 of orders. And then lost them in the airport on the way back.

Jeremy picked up the wrong brief case. Fortunately, they managed to recover the right one and the orders it contained, though they had no money to fund the collection when they got home. American Express (it had a bank back then) helped them with the arrangements and the financing. And they took on premises at 25 Old Bond Street – where Tiffany & Co is now.

Both Belvest and the scarves business ran in parallel for over 15 years. The former was largely responsible for funding the latter. Indeed at that time, Belvest was selling more in North America than Ermenegildo Zegna.

Ties entered the picture in the mid-eighties, when customers began asking Michael where he got his ties from. Now Michael had always been very particular about his ties, having them made at Holliday & Brown or Charles Hill. He would commission them especially, and often do interesting things with the cloth like invert the colours (as he had done in tartan on that first collection of scarves) or have them made inside out.

A customer of Michael’s in Munich said he would like to buy similar ties. He told Michael he should start making ties. Not wanting to compete with his friend Charles Hill, Michael offered to launch it with him – as Hill & Drake. That took off immediately, proving very popular with existing scarf customers. Turnbull & Asser, however, a big customer of Charles’s factory, was keen to secure its own supply and bought the Charles Hill premises. (It still owns and runs them today.)

Michael and Jeremy were left with customers, but no production. So they started travelling the country, trying to hire tiemakers. They moved them into their office in Clerkenwell (still a thriving factory and office today). And the Drake’s tie label entered its penultimate phase.

I say penultimate because although Drake’s went on to be an incredibly successful tie business, supplying the couture houses as well the best menswear shops around Europe (and receiving the Queen’s Award for Export, from the Queen at Buckingham Palace), it wasn’t until it started its website in 2007 that the company we know today became fully fledged.

The Belvest agency work had been handed back by this time, so everyone could focus on Drake’s. Keen to expand, they became involved with negotiations over premises on Savile Row. Frustratingly, that fell through. But it spurred Michael and everyone else to launch the website.

It was modern, it was clean, it worked (always important on the internet), and it sold to everyone, everywhere. Michael had always said that key to success was being able to sell to both the fashionable and the traditional, the French, the Italians and the Americans. The site did that, and ever since it has been the paradigm for stylish, effective retail online.

Then in 2011, the shop finally opened. On Clifford Street, round the corner from Savile Row. Just as the website had pushed Michael to expand into knitwear, shirts and gloves, the shop gave the impetus for beautiful, unlined jackets, desert boots and brogues. The Drake’s aesthetic – English as worn by the French – could all be bought in one place.

I heard news of Michael Drake departure’s from his own company, isn’t that true ? If if were, I’m sure it would open yet another phase in Drake’s history.

Is Holiday & Brown still made? Where is it sold?

A very interesting piece, Simon! For sure, these guys are really committed to the highest standarts of their craft! What I personally want to discover is their newly launched jacket line. I wonder whereabout they would be sold in Paris since Old England – their appropriate location – is right now moving to become a souvenir.
John

Yes he left over a year ago but it’s in good hands with Michael Hill. Perhaps not long enough for a phase yet

Hi Simon,
The high quality of the products sold at Drakes’s aside,there is something of tremendious importance to all those who may be thinking about upgrating their outfit. And this has to do with the philosophy behind their craftsmanship itself. What is obvious indeed in this philosophy is that sheer elegance in menswear, somehow, has nothing to do with absolutely expensive or complicated things! True elegance in that regard is in fact simple and understated! And I presume that this understanding also contributes to set them apart in respect to those whose dedication is said to care for men’s wardrobe. Yes, we must also be thankful to them for sticking to that philosophy too.
Nb: meanwhile, I have managed to take a look at their jackets!
John

I applaud your blog.

I agree that Drake’s is the best English necktie. For my money it is the world’s best necktie. Period.

However, can you write about other quality English neckwear? It seems that the field is dominated by Drake’s and Turnbull & Asser. Seward & Stearn make an excellent product. Charles Hill is a ghost of the past.

I asked earlier about Holiday & Brown. Is it still made in England? I have seen some of their ties in New York’s famous discount store, Century 21. They are quality ties in both silk and manufacture. However, I find it curious that there is no country of origin label. Did Holiday leave England?

Holliday & Brown, brand and archive, is now owned by Mantero in Como.

Frankly there are very few good tie makers left in the country. I have tried others, but tend not to write about ones I don’t like.

Fascinating piece, as always. Just a slight aside, American Express is still essentially a bank.

Very interesting. Now maybe a Part. II from 2011 until today?