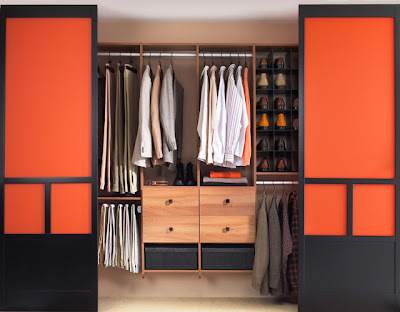 I’ve never been great at looking after my suits. Shoes, yes. Brush them down at the end of every day, before the shoe trees go in; give them a wipe in the morning; regularly polish and, slightly less often, a treatment with cream. But I don’t brush down my suits as regularly as I should – though I know this will leave dirt to get into the fibres. I pack too many into the wardrobe – rather than put some into storage. I don’t give them a good sponge and press often enough.
Perhaps, compared to shoes, the problem is that you are mostly just trying to slow an inevitable decline. Suits do get better with age, but they don’t bloom in the same way as a well-maintained, well-polished pair of shoes.
Determined to try and correct at least one of my faults in suit maintenance, I went to Stephen Haughton of Burford Valet Service to ask about a regular sponge and press service. I’ve written about Stephen’s work in rescuing and repairing shoes before, and I was first introduced to him through Cleverley; but just as much of his work is in looking after tailoring. Indeed, the most common job combines the two: regular valeting, where clothes and shoes in a customer’s wardrobe are fetched, cleaned and pressed/polished. He also offers a valet for extended periods or trips abroad.
I decided to try out the service on a set of clothes I was just getting out of storage for spring/summer. A nice man called Nicholas came round and looked over eight suits and jackets. He took them outside, gave them an airing and picked over every pocket and possible sign of wear. Two, he decided, needed minor repairs (loose stitching in a sleeve and in the turn-up of a trouser); two needed really no attention at all; and the remaining four would have benefited from a sponge and press. So he took six away and returned them a few days later.
The service cost £30 a suit for the sponge and press, with a few pounds extra for the repairs. The results were top notch – as good as a tailor has even done for me. So not bad value, and I know that Jeeves of Belgravia, which also offers this service, charges more.
You may well ask why I don’t take the suits to the original tailor for repairs or a press. Well I do with some, usually those that are in the office. But many were made by non-UK tailors, and most in the UK will do repairs but won’t sponge and press a whole wardrobe for free.
Given the price of dry cleaning (though I’m not considering doing that on a suit, at least not more than once every year or two), the service seems pretty good value. Ideally, of course, I would use it to look over all clothes coming out of storage, and clean everything going in. But that might prove too expensive.
An interesting experiment, even if I’m not sure it will become my seasonal routine.

Brilliant! I am a new reader of this blog, but am already learning so much. What a great service, and a really useful alternative to dry cleaning!

Burford Valet performed exceptionally poor service. Most of my suits and ties were not properly pressed, and looked the same as before. While an excellent job was done on my shoes, it was pricy at £17: I would recommend Stephen Skippen out of the London Hilton Park Lane instead.

The real issue is that I had asked for a buttonhole on an old blazer to be fixed. It was not. Instead, another buttonhole, that was fine before, was ‘fixed’ instead: leaving a gaping hole in the blazer instead of a buttonhole. I took the blazer back to Dunhill’s Bespoke department in hopes of them performing emergency surgery, where they asked if I had attempted to sew the buttonhole myself: so badly botched it was. They, unfortunately, describe it as entirely ruined, and suggested I buy an entirely new blazer, or accept the fact that I would not be able to button it up.

I would seriously doubt the recommendations of this blog, given that they would so carelessly recommend such a cut-rate service.

I strongly recommend going with Jeeves of Belgravia instead for sponge and press services: they are not much more than what Burford is charging.

Thanks Henry. We can of course only go off our experiences – and they were the opposite to yours, with a good service from Burford (if expensive) and a terrible one from Jeeves. Their pressing was clearly done by machine and ruined the lapels, as well as duplicating the seams on the trousers.

Good to have your experiences here too.

Hi Simon, just saw this post. Have you knowledge of any service like this in New York that is equally good?

I have a suit that was purchased online and as such it was delivered packaged flat in a box. The sides of the blazer down by the vents do not curve naturally and bunch in an awkward shape, only looking right when buttoned up.
I don’t think this is a fit/tailoring issue because the blazer does fit everywhere else, it just doesn’t sit right. So I assume it needs properly pressing to get the correct shape.

What other options are there in London for this service?

Not many for a good press I’m afraid – a regular dry cleaner might be ok for something that isn’t handmade and bespoke, but for things that are, it’s hard. I’m working on something currently though that might be able to help.

I watched your video with Richard Anderson and thought I’d give a DIY method a go. I folded a thick blanket into a similar shape as the board used in Anderson’s workshop, which gave a surprisingly firm surface and good curve, and placed it on the ironing board. My own makeshift press actually worked. I managed to give the blazer an improved silhouette at the bottom near the vents. Enough that it doesn’t look like it has been squished against a wall for years.

Dear Simon,
After some advice with regards to storing clothing. I have about 8 winter suits/jackets that will soon be going into storage to be replaced by linens and cottons. I considered placing them in individual suit bags (canvas ones if I have enough) and place them together in sealed plastic storage boxes. Would you recommend this, or would polyester storage cases (I’ve found some with ventilation holes) as an alternative? Hanging is not an option due to space.
Would love to hear your point of view on this.
Many thanks,
Tom

Hi Tom,
It sounds like you’re on the right lines, but not hanging is going to be tricky in terms of creases at the other end.
If boxes are your only option, go with that but try to make sure the suits aren’t piled up – no more than two on top of each other perhaps.
Simon