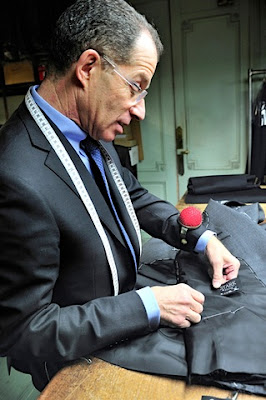 Alain Stark
Paris tailor Stark & Sons is not on the same scale as Smalto or Cifonelli. But it is well known for producing the intricate dress coats worn by the members of L’Académie Française, also known as the immortals. The academy is the leading authority on the French language and makes recommendations on which words should be ‘admitted’ to the official dictionary. It has 40 members, who hold office for life and elect new members when old ones pass on. 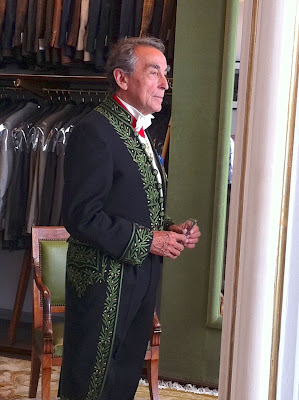 The black tailcoats, made of a heavy woolen cloth, are embroidered on the collar and cuffs and the edges of the chest and tails. The pattern, of olive branches to represent peace, is regulated. But members do have a little bit of freedom to express themselves. Lebanese novelist Amin Maalouf was the latest to join the immortals, and for his coat Alain Stark worked in the Lebanese symbol of the cedar tree on the buttons and the centre of the back. 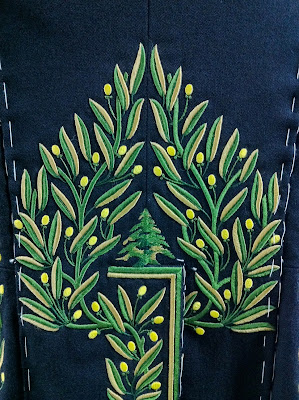 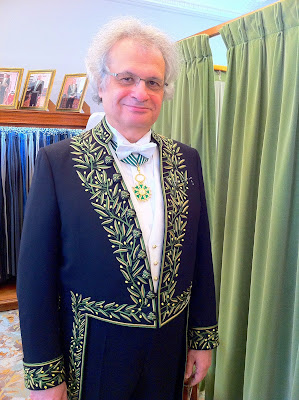 “Many of the academicians have ideas on what they would like,” says Alain. “One recently asked for more and more decoration, right across the chest. We broadened it until it reached the shoulder, but when he wanted the leaves going down the sleeve as well, I said no.”
The embroidery takes around 600 hours of work and Alain employs a woman full time to make the three or four required each year. She was hired following a nationwide competition. Stark also occasionally makes uniforms for the prefects – heads of France’s regional prefectures – which feature embroidery on the cuffs and cap.
Making for the immortals presents particular challenges, however. “Many of these men are quite old by the time they are elected,” says Alain. “So they are likely to have a stoop, or some form of irregular posture, and are often a little overweight.” Fortunately a tailcoat isn’t the hardest thing in the world to fit, without any buttoning or overlap. 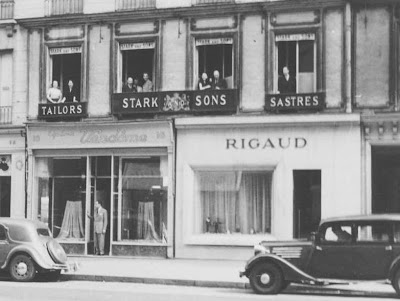 Alain’s position as tailor to the immortals gives him rather a standing in French society, and he tells tales about recent political events, as well as former French President Nicolas Sarkozy’s predilection for grenadine ties.
Indeed, Alain has now broadened out into selling a range of accessories online, with the help of Vincent and Jacques at Mes Chaussettes Rouges. As well as a large and expanding collection of grenadine ties (14 colours at last count), the site sells braces, scarves and ostrich-skin belts.
Although not cheap at €390, I had a chance to see the ostrich belts while in Paris seeing Alain, and they are beautifully soft, with a thin backing and lining in calf. Available in brown and red currently, they will soon be joined by a black version as well. Highly recommended.

You can follow the discussion on Alain Stark, Stark & Sons by entering your email address in the box below. You will then receive an email every time a new comment is added. These will also contain a link to a page where you can stop the alerts, and remove all of your related data from the site.

Exactly, yes Vinay. They are much better in a casual core wardrobe like that