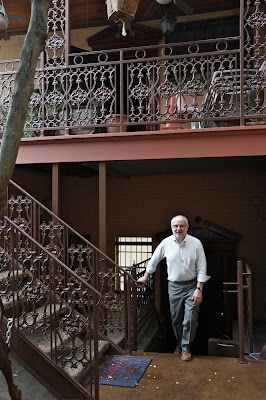 While in Dallas recently I managed to catch up with Chris Despos, which was fortunate – Chris operates in both Chicago and Dallas, with workshops in both but a shop front in Chicago.
Chris is a bespoke tailor, but with a background that is more varied than most European, or European-trained, tailors. His was not a regular apprenticeship, working through an establishment and then setting up on his own; his story is more personal, more complex. I’ll tell it here and then, later in the week, discuss him and his work. 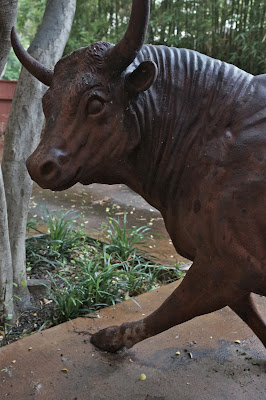 The Despos name is from Macedonia. Chris’s father came to America in 1929, at the age of 21. He had spent the past 10 years training as a tailor, and was joining his father in Chicago – who was a supervisor at a steel company. On his first day in Chicago, Chris’s father was given some money to go and buy some clothes.
“He went into a department store, owned by this Russian, and began looking at all the suits in the way a tailor would – looking under the collar, seeing how the lining was attached,” says Chris. “The owner noticed him, asking what he was doing, and that same day offered him a job. It was 1929, the Great Depression, and he got a job on his first day.”
The family moved to Indiana. There, Chris had two starts in tailoring – one false, one real.
The false start was during High School. Chris was not the best of students, and the easiest way to miss class was to do some sort of vocational class on the side. So he started working for his father in the afternoons: “I’ve always liked working with my hands, and I enjoyed it, but the motivation was wrong,” he says.
There was a hippie phase, in Colorado. He worked construction, and tried to find tailoring work during the winter when snow stopped the building work. “The tailor would ask me, what can you do? I’d say I could do any alteration on trousers, and alter the sleeves of jackets. He said, anyone can do that. We need people that can do the shoulders, the collar, the essence of the jacket.”
This was the first point at which Chris would realise how much he didn’t know. 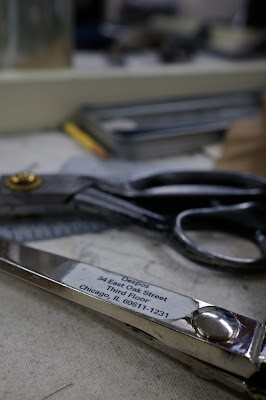 Back to Indiana, for his real start in tailoring. This time the work consumed him; he became obsessed. But most of his father’s work was made-to-measure (for a RTW brand called Society Brand) not bespoke. He made suits at the weekend, for friends, but that was it. (“This was during the Second World War, when there was a wool shortage. When people heard my father had some wool in, they would just show up at our door,” Chris recalls).

So, to New York to talk to Louis Scalise – the first American designer to have his name on the clothing label along with the brand. Scalise put Chris to work in one of his two tailoring shops in New York, under Austrian tailor Frederick Blum. Blum was then 69 (this was 1974) and had opened and run two tailoring schools in Europe. Prior to coming to New York he worked under Angelo Litrico in Rome. (Litrico famously made suits for both JFK and Khrushchev during the Cold War. Each had a separate mannequin in the back of the shop.)
Blum was a tailor but specialised in pattern making. As well as menswear he work with women’s wear and furs. He even helped a toy company by making patterns for stuffed animals. But Chris was getting closer: he was making entire suits himself, and he was learning to make patterns.
When he went back to Indiana two years later, he realised again how much he had to learn. To do bespoke himself, he needed more training. 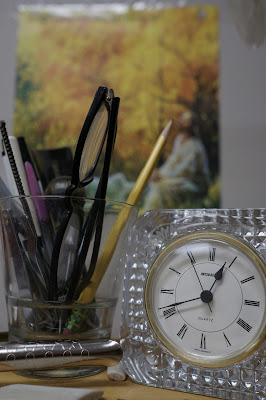 Chris had heard of a tailor working at Neiman Marcus in Dallas. This was Franco, who had been brought over by the store from Caraceni to do their fittings. After some temporary work with him, Chris told Franco he was going to move to Dallas and do it full time. He packed all his things in the car, made camp at his cousin’s house in Dallas, and turned up at 8am on Monday morning.
“Franco opened the door and said ‘oh, you were serious!’ He didn’t believe I was going to do it,” remembers Chris. “He told me to wait outside, and the next thing I knew one of the other tailors was walking out with a box full of his stuff – he had fired him to make way for me!”
Chris was there for three years, and that was where he learnt to be a bespoke tailor. That was the PhD (as he puts it). When he started on his own, things went very quickly. Chris made a pair of trousers for a girlfriend’s father; the father recommended him to a friend, who bought 12 pairs of trousers, 12 shirts and two jackets; the following week, another friend bought three suits.
“It started fast, but I didn’t let it grow too big,” Chris says. “That first five years on my own I made almost everything myself – a lady from Franco’s did some finishing, and I hired a trouser maker after a year, but that was it.” He now has a team in both Dallas and Chicago, but he cuts everything himself and still does much of the making.
Chris’s story is a long one that has been told, in parts. But I think it deserves retelling. Compared to Savile Row apprenticeships it is wonderfully circuitous, varied and studded with characters from every walk of life. 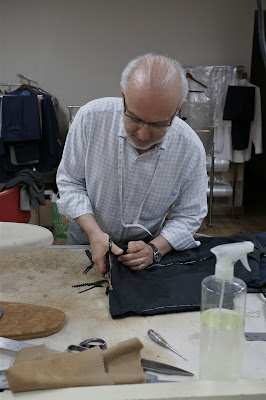 You can follow the discussion on Chris Despos, bespoke in Chicago and Dallas by entering your email address in the box below. You will then receive an email every time a new comment is added. These will also contain a link to a page where you can stop the alerts, and remove all of your related data from the site.