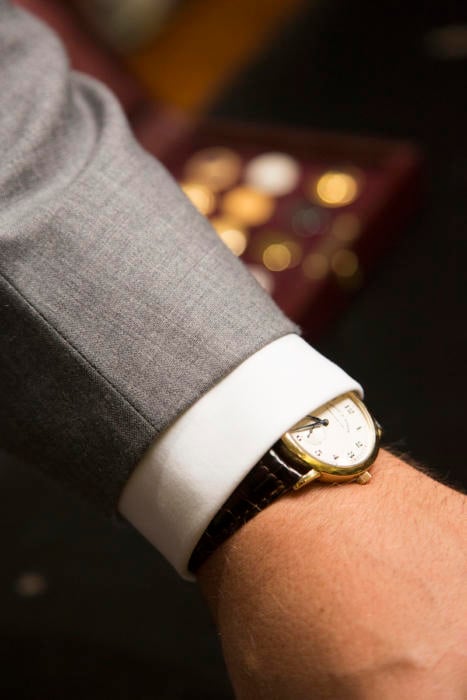 A watch is your greatest investment piece.

You may wear it every day of your life. It can enhance every outfit you ever wear (except black tie and beachwear, perhaps). It is worth saving up for more than anything.

But that doesn’t mean it has to be expensive.

The key to buying a good watch is to understand what you get for your money: brand, movement, design, re-sell or precious metal. Select the things you want to pay for, then find a watch that matches. 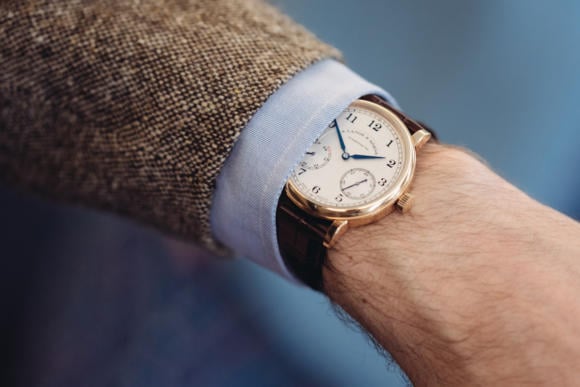 A quartz watch uses a battery, and therefore has a much simpler movement. But that’s not necessarily bad. Cartier watches were always largely quartz movements – because their emphasis was on the watch as a piece of jewellery.

A good example is my Cartier Tank Chronoflex in yellow gold (below), which gets more compliments than any other I have, but involves the least pure watchmaking. 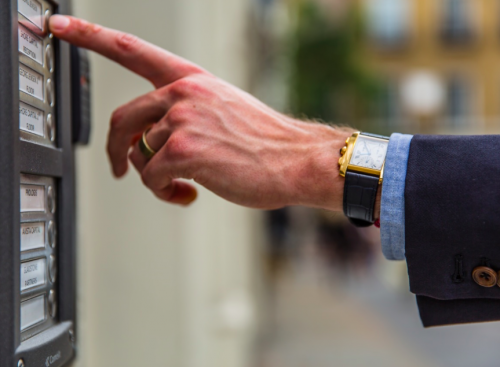 An automatic movement is one wound by the movement of your wrist. The vast majority of high-end watches are automatic, but that can be annoying: you have to wear it every day, wind it each time you put it on, or keep it wound in a watch-winder.

A manual movement is the old-fashioned option, winding the spring using the crown. Many prefer that for an occasional watch. Despite its simplicity, however, it is sometimes more expensive than an automatic.

Then there are all the other complications: chronographs, calendars, tourbillons etc. They are beautiful pieces of engineering, but usually you pay through the nose for it.

Unless you have bottomless pockets, or really value that craftsmanship, you’re often better sticking to a simple chronograph at most. 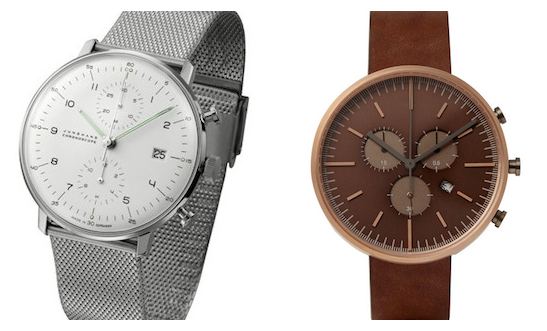 Most watches are steel or gold. If you’re going to invest in a dress watch, it should probably be gold – rose or yellow, or, if you’re really fussy about your metals, white gold/platinum.

There are some cheaper watches out there that I love the design of – Junghans x Max Bill, for example, or the UniformWares 302 series (both shown above) – but they are often quartz movements and largely steel cases.

Sports watches are another matter. Most look best in steel, though whether they go with more formal outfits is a style question (addressed below).

Certainly, a man could look well-dressed his whole life with a collection that comprised a good dress watch and a good sports watch.

Design is most people’s biggest priority in buying a watch, and rightly so.

It’s a good reason to stick with classic designs such as Cartier Tanks, JLC Reversos or Omega Speedmasters. Your watch has to last decades after all – you can’t change your mind in five years, or the investment angle goes out the window.

Yet it’s also important to stick to your own tastes. (I’ve never seen a Patek I liked.) Confidence in those tastes will come with time. 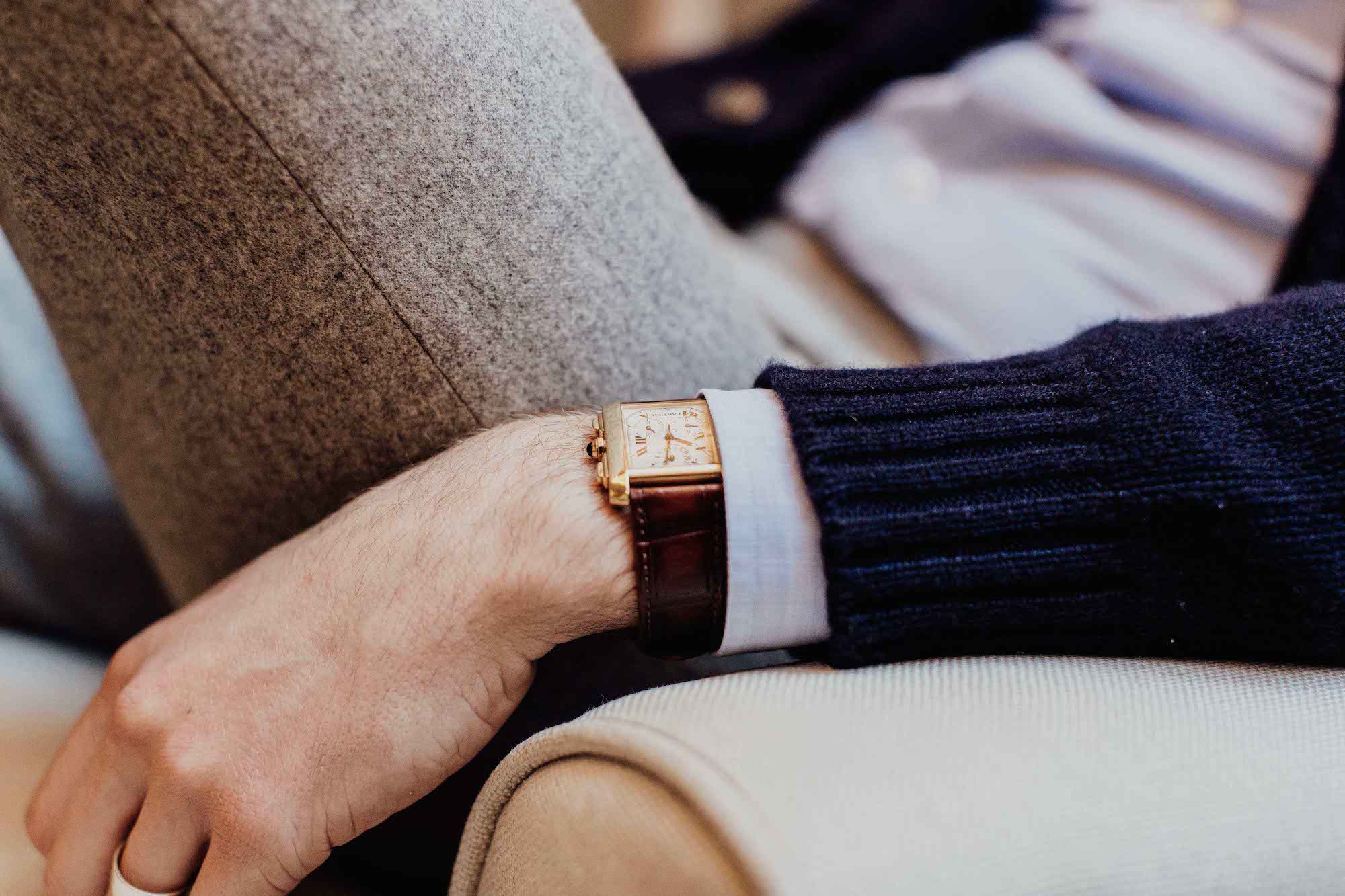 An obvious way to add variation, but one few people do. A canvas NATO strap is a nice change of pace on a sports watch, or a Milanese mesh (as on the Junghans above).

On a dress watch, try a good supplier of straps and see if they can make both your old and new one interchangeable. I did this last year with Jean Rousseau in London, and my Cartier Chronoflex now has brown alligator (above) and navy-crocodile options.

Unless you value that retail hit of walking into a swanky watch store, second-hand watches can be a good option. You’ll generally save 20%-30%, with no damage to quality or longevity (you can get it serviced any time anyway).

This will also give you a good idea of the re-sell value of the watch – perhaps 30% less than what you paid for it. The biggest downside is that the range is often limited to these popular resell items: a lot of Omegas, a lot of Rolexes, and a smattering of Cartier. 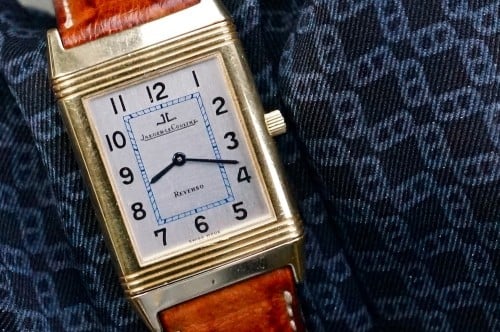 But which style of watch best suits you and the clothes you normally wear?

As a starting point, it is generally good to be consistent with metals on your jewellery. If you have a yellow-gold wedding band, best to stick with yellow or rose-gold (rather than silver or platinum) for the case of the watch.

Exceptions to this include steel sports watches and small hardware on jewellery – for example the clasp on a bracelet.

The most important question for most sartorial men will be the colour of leather strap that is acceptable for different outfits. Let’s use the leather of the shoes in the outfit as a proxy for formality.

Black shoes: A black strap is obviously the easiest choice, but anything else that is either very dark or very pale can work. For example, a navy-blue (as seen on my Cartier) or dark green, and at the other end of the scale, a pale tan.

The ostrich strap on my JLC (above) is just about pale enough to work with black shoes. Any darker, and it would be too similar to the next leather choice, brown.

In exactly the same way as you wouldn’t wear a dark brown belt with black shoes, a dark brown watch strap looks like a mistake.

Brown shoes: Pretty much any shade of brown strap will work with brown shoes. And unlike a belt, you don’t have to worry about the two leathers appearing similar but slightly different, or about mixing skins (calf/alligator). 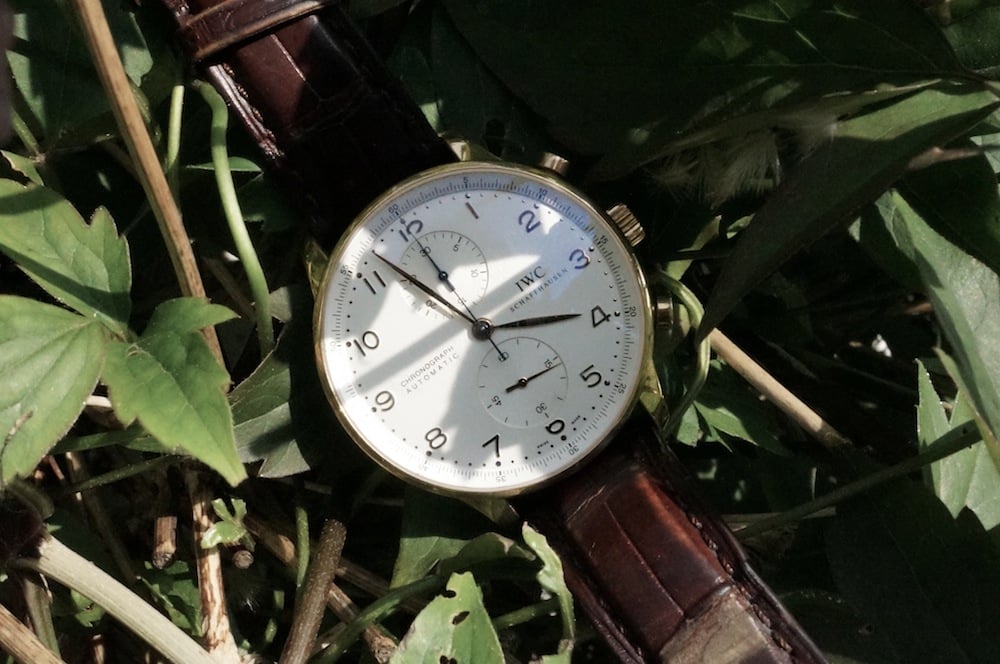 Everyone knows watches have got bigger in recent years.

I express no opinion on whether they look good or bad, but bear two things in mind: a larger watch is usually less formal, and therefore less suited to a suit; and your watch should really fit under your shirt cuff. Those two things should deter most men from buying oversized watches.

Given that point about formality, a larger watch is better suited to casual clothing and sporting activities. I normally wear my IWC Portuguese (above) or Rolex GMT (below) with jeans and knitwear, for example.

Do keep in mind that a smaller watch in such situations can be a nice change of pace, however, and often appears more sophisticated than a big rubber chronograph. A NATO strap is also a nice alternative with a steel watch.

Speaking of steel sports watches, I understand why many men buy them as their only watch. They can seem more versatile than a leather option, good with both suit and jeans.

But unless small (and probably vintage) they rarely compliment formal clothing. I would suggest to such men that a leather-strapped, modestly-sized sports watch would be a better choice. A diving watch can be the next investment – in two or three years’ time. 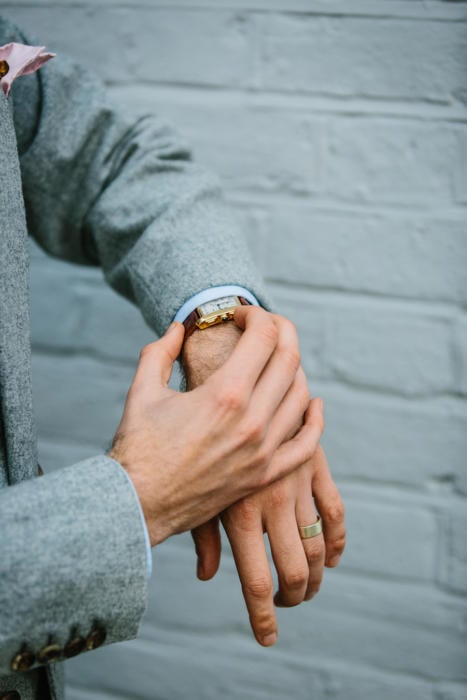 You can follow the discussion on How to buy a quality watch by entering your email address in the box below. You will then receive an email every time a new comment is added. These will also contain a link to a page where you can stop the alerts, and remove all of your related data from the site.

Last reply was 3 weeks ago
The Guide to Buying Quality