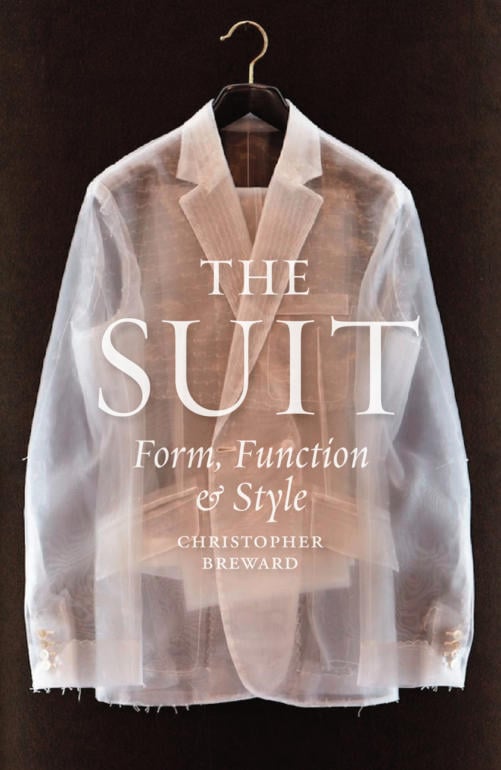 In the sixteenth century, a man commissioning a suit would largely do so through an agent, who would interact with several parties - of which the tailor was just one.

They would talk to the cloth merchant, the button merchant, and the embroiderer, bringing the necessary supplies to the tailor and overseeing the work with the fashions and style of the day in mind.

[This happens a little more these days, with the ultra-rich arranging their clothing and appointments through an advisor or concierge.]

The tailor's role was not a prestigious one.

A Venetian trade guide of the time suggested that: "Making clothing is nothing more than draping cloth over a person and cutting away the excess and that is how the garment is made. Afterwards anyone can add decoration and therefore tailors always learn from their customers and carry out whatever task they ask for and nothing more."

I don't recommend quoting this to a cutter on the Row.

The historical tailoring titbit comes from The Suit: Form, Function and Style by Christopher Breward, which was published by Reaktion Books earlier this year.

My review of it is a little tardy, but I do like to read a book before writing about it (something publishers don't always understand).

Breward goes on to explain that the role of the tailor gradually changed through the 17th and 18th centuries, as they "achieved greater professional independence and commercial clout".

Eventually they even earned the right to buy cloth themselves. Just imagine.

At this point the history of tailoring got more interesting, with the increased circulation of pattern books, and the later introduction of the tape measure - something only seen as useful when measuring and cutting techniques became standardised.

The history of the suit has been told many times before, and The Suit touches on many familiar areas. But Breward fills the book with many original points (as above) as well as bringing an academic rigour to the subject.

Breward is Professor of Cultural History at the University of Edinburgh. I have interviewed him on a couple of occasions in the past, for The Rake and the Financial Times, and his is often a cultural view of the topics of fashion and tailoring.

In The Suit, for instance, he is particularly good at tracking how office wear has become more casual, with the introduction of dress-down Fridays and the 'smart-casual' dress of chinos and polo shirts.

He digs up a rather pithy leader from The Times in the year 2000, which pointed out that such dress-down clothes are just as restrictive as the 'stuffy' suits they aim to replace, despite pretensions of being 'free' and comfortable. "If sartorial snobbery has really been cast aside," it asks, "why is it acceptable for a businessman to wear a polo shirt ... but not a shiny football shirt?"

If I have any criticism of The Suit, it is that Breward can drift into a rather academic style, using five sentences when one would easily do. His contemporary quotations and references often stand out by contrast.

Still, I would still heartily recommend the book to anyone interested in suits or tailoring. We can throw out all but one of the picture histories, full of the same images of zoot suits, bum freezers and Armani, and keep just that book and this.

I think this is an opportune time to ask you to list a top ten of books regarding tailoring , style etc .
(please do list your own works)

On a slight aside it would be interesting to know what blogs / vlogs on menswear you follow.

P.S. interesting how the nation that is considered to dress the worst , the USA, produces two of the finest writers on menswear , Alan Fusser and Bruce Boyer.

Thanks Rabster, sure I can do. I did something before but that was a long time ago

Hi Simon, I too have this book and will be taking it away with me on holiday to read.

Hi Simon
I would like to buy a new pair of trousers for the fall/winter. At the moment I own only a pair of medium grey flannel, what other pair do you advise? I like flannels because of their versatility and I thought about cords, moleskin. Or just another pair of flannel in light gray?

A pale grey or charcoal flannel might be very good, if you already find the mid-grey so useful in terms of versatility and formality. Or look at cavalry twill, or a heavy worsted twill in charcoal.

Have a search around the site as well. There are lots of pieces on odd trousers

Off topic question if I may: are you familiar with Taliare / Erlend Norby in Marylebone? At GBP 2500, their bespoke seems to be fair value.

Thanks, I enjoy these sort of pieces (and when you’ve looked at historical subjects or that Galsworthy short story about the shoemaker etc.) so I second the idea of an updated list of books.

Thanks Michael, good to know

Thanks for a useful review on The Suit: I’m off to order my copy soonest. In the meantime, what pray tell, is the only other book worth keeping on the subject, that you refer to?
Best,
DD.

The point is it could be any of the pictorial histories of the suit – eg Eric’s Sharp Suits. If you want history, just keep one of those and this one.

I went to hear a talk Christopher Breward gave at the Jewish Museum earlier this year about the book and it very academic and long winded. and put me off buying the book. I’m glad it’s wasn’t just me and having read your review which brings it to life, perhaps I’ll reconsider.

Talking about transmitting the art of tailoring through generations, I was with Andrew from Maurice Sedwell last week and we talked quite a bit of his endeavours through the Savile Row Academy and intensive training programs for tailors who are already in the trade but need to perfect their technique (for instance, he has just spent one month in India to provide an intensive training as such to Indian tailors). The Savile Row Academy is one of the rare places where young (or not so young) people can receive a proper high quality training in bespoke tailoring to be more credible for an apparenticeship with one of the big names. Given Andrew himself gives the courses in his Savile Row premises, the number of students is limited by definition (a dozen every six months). Also having talked to Massimo (Cifonelli) about how difficult it is to find people with the right skills for high end bespoke (which fashion students certainly don’t get), it looks like there are so many things which can be done in training / education!
I think this is something which can be very interesting for you to cover from a journalistic point of you. Perhaps worth a chat with Andrew at Maurice Sedwell and yourself.
Cheers
M

Thanks, yes I know the school very well and have talked to Andrew in the past about it

Of course you did, no secrets for you in the world of bespoke Simon! 🙂
M

There’s a lot of nuances between that, SRB, Newham College etc, probably an interesting topic for a post at some point

Would certainly love to read your views on that indeed! Cheers