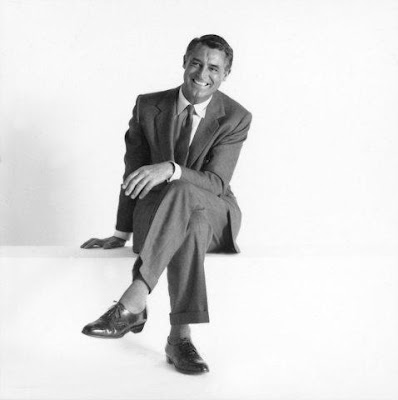 Style speaks simply and softly. It is, as the mission statement for this site states, a matter of weaves and lengths. It is a about details and small, personal touches. It is not loud, it is not brash; it is not obvious.

The wearer of a bespoke suit should look good without the man (or woman) on the street knowing exactly why. He does because of miniscule details and attention to fit that the layman cannot readily identify.

I mention this following an interesting exchange on a previous post about whether a Homburg or bowler hat is too unusual on the streets of London, given that 99% of men wear no hat at all. I love wearing my fedora, but feel a Homburg or bowler is a step too far.

To give an example: I would happily meet a lawyer for a business meeting (my day job is in legal journalism) wearing a fedora; it might receive a comment and it would certainly be unusual, but it wouldn’t approach being unprofessional. Many more unusual or traditional trappings, such as a bowler hat, cane, pocket watch etc., would approach and perhaps cross that line. Like so many questions of dress in the past, it is a matter of propriety.

These items might not draw a second look walking down Jermyn Street; but style for me has to have a wider application than that. As I wrote over two years ago now, if a man adopts too many aspects of historical dress he merely becomes a historical figure. He verges on costume.

In that exchange on this blog, Roger asked: “Isn’t the point supposed to be that you will wear what others are too jelly-spined to wear?” Well, no. What you wear should certainly not be determined by what other people think, as Roger comments later on. But at the same time, style is revealed against the background of one’s environment and peers. It does not exist in isolation.

A frock coat is a beautiful thing and, on its own, extremely stylish. But worn today as a part of everyday clothing it stands out too much to be stylish (outside of certain formal events). Style is subtle.

I think that in terms of permanent style, it is best to use Flusser’s dictum that what you wear should only serve to draw attention to your face. Grant was a master of that. As much as I love bowlers and the rest of traditional kit, when we wear them, we draw attention to those pieces and not to the man.

Perhaps I can offer some comment – since it was me who made the quoted remarks.
I agree wholeheartedly that dress easily verges on costume or fancy-dress if care isn’t taken, but with hats the tale is a little different since, as you stated, most men are hatless anyway; so that anything deviating from a beanie or baseball cap will stand out. In a hatless world hats are hard to do as subtle.

The fedora, or various hybrids thereof, has made a bit of a fashion comeback, but these hats are ‘frankenstein’ hats looking like hombergs (without the grosgrain on the brim) with side dents or semi-fedora crowns with trilby brims. I’m not certain that the wider public could tell a fedora from a homberg without looking it up. Personally I feel the mid-brimmed homberg has stood the test of time better than a true fedora, which is too Humphrey Bogart and more costume. The official line that a homberg is ‘beneath the top hat, but above the bowler and fedora’ in terms of formality is a collapsed rule for me.
Still, I don’t think I’d have the guts to get the train each morning wearing a topper!

This post strikes me as a very particular discussing the difference between fashion and style, insofar as those words may be used to describe on one hand a attention to trends and things many people may very well be either “too jelly-spined” (an excellent phrase, by the way) to wear, or simply find to poor taste. Fashion, after all, is essentially about pushing boundaries. Style, here conceived as attention to construction, fit, propriety, and things that verge upon participation in the artisan process which produces the very items readers of this blog find so interesting.

fedoras are part of a bygone age why not get a more modern hat?

The photo of Cary Grant really points out the simple elegance of his style. I really enjoy this blog. Keep up the good work

Part of this conversation needs to include the personality of the wearer. What is “costume” on one gentleman may be second skin on another.

Can one carry it off — or not?

Let’s not forget… The Duke of Windsor pushed a few boundaries. (No jelly spine there!) So where does that place him in this discussion?

Simon– I must tell you; that shooting suit is not exactly subtle!
But it has tons of style.

Surely the question is: how does one distinguish between style and costume, between classical and anachronistic? This dilemma is perpetually lurking in the background, and perhaps every individual will have a different solution to it.

Who can in such hatless days see any difference between fedoras and homburgs? A homburg looks like a quite normal hat after decades of hats being out of fashion. I would not find it suitable for a country walk but there is nothing better in a windy, rainy day in town.