This was the fitting for a velvet jacket being made by Timothy Everest.
I was pleased with the fineness of the velvet, the grosgrain facings and the contrast between the two. It felt very odd to have no vents on the jacket, both as regards the way it felt and the reduction in flair at the skirt. But I think that is simple unfamiliarity.
We ended up changing a fair few points, mostly on the balance of the jacket rather than the fit. So one side of the collar was shortened slightly and one of the bottom hems brought up so the foreparts sat square and the silk cord matched up on the inside and outside (the jigger button attaches by a length of cord on the inside similar to that on the outside).
Other minor changes included taking in the waist by a half inch each side and shortening one of the sleeves by the same amount.
Hopefully it will be ready for the Christmas season. (The shots will also feature on Tim’s excellent and rather eccentric blog, which I’ve been contributing to occasionally.) 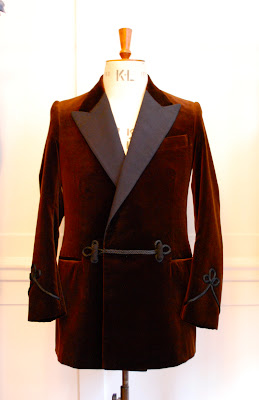 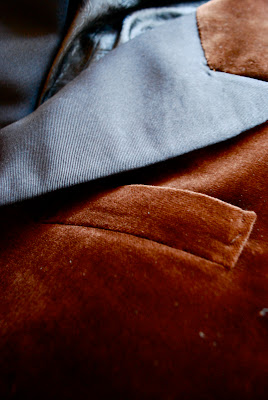 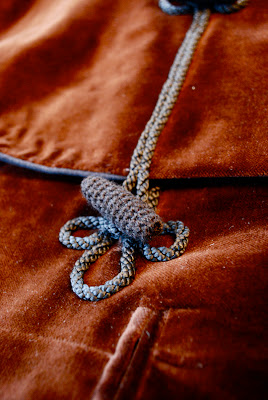 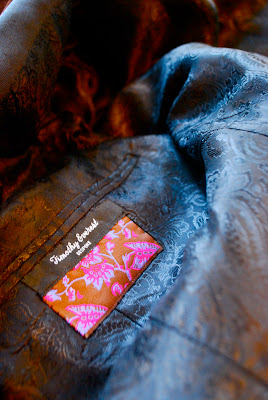 You can follow the discussion on Fitting at Timothy Everest by entering your email address in the box below. You will then receive an email every time a new comment is added. These will also contain a link to a page where you can stop the alerts, and remove all of your related data from the site.