I’ve been sent photographs of my things being made before, but never a video. This is a step up.

In case you can’t tell, it’s a bridle leather belt, being made to measure for me by Charlie Trevor of Equus Leather. Charlie kindly offered a few weeks ago to make me a belt to try out the service.

Stitching belts is pretty much the same as stitching the welts of shoes or the apron of a split-toe. You use an awl to punch a hole and two pieces of linen thread are pulled through in opposite directions. Repeat with each punched hole, so the threads lock around each other all the way along. Easier with a belt, as it is straight – and faster.

Charlie was trained in saddlery, hence the use of bridle leather. As I’ve written about in a previous post on Bill Amberg, bridle leather is cut thicker and contains more oils, making it hard wearing and water resistant. It is also treated to work well against the skin, as it is used as such in horse harnesses.

That’s one reason most of the Equus belts can be single pieces of bridle leather, hand stitched in the same way as the Lined and Raised model you see here, but only around the buckle end where the leather is folded over and stitched together.

The Lined and Raised comprises three pieces of leather – a front, a back and a lining. The front and back are stitched together around the lining, requiring over 1000 stitches. Hence the difference in price: £150 rather than £35. The sandwiching of the leather lining between the two outer pieces is what gives the belt its ‘raised’ look along the centre.

Cheap belts are usually made with very thin pieces of leather on the outside (often corrected grain, so sprayed in plastic, if they’re very cheap) and a lining of board or a leather substitute to give them bulk.

Good dress belts are often made with two pieces of calf leather, and no lining. These are much softer, smarter and more flexible than bridle leather. I have a beautiful example from Hermès. But they will never last as long as bridle leather, which should last a lifetime and will mould to your hips whilst retaining its curved shape. What it gives up in smartness it gains in robustness – you wouldn’t wear it with a suit, or any worsted, but it goes very well with denim or tweed. 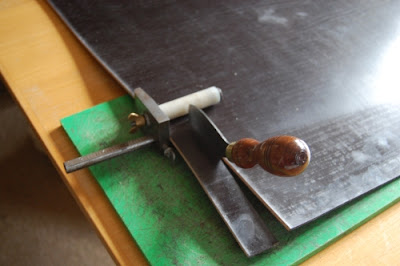 The images here show the belt being cut, from a square hide – created when it has its neck and sides cut off, before being split at the spine to create two ‘butts’ from which the belts can be sliced. The initial slices are done by hand, but then a plough gauge (the white roller in the shot above) is used to get precise widths. And a heated tool is used to mark where the holes will be punched. 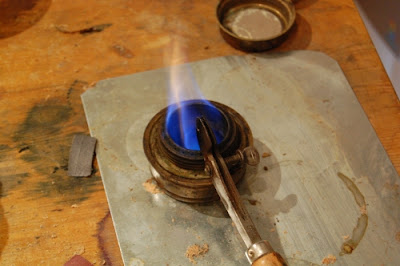 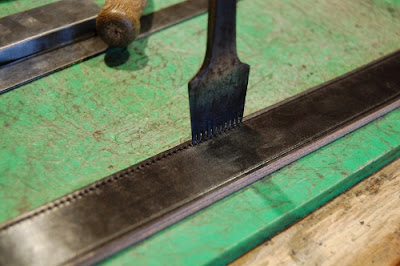 The Lined and Raised belt is noticeably stiff when first worn. It is a beautiful object, definitely reminiscent of saddlery; but harder than you’re used to, even uncomfortable. Within the first few days it softened slightly, and Charlie says it will soften a lot more over the first year. Rather like a Brooks saddles, about which more later this week, it is a question of wearing in tough cowhide using nothing but your soft human flesh.

Equus is a small family business based in Northumberland. Charlie used to make a living making bespoke saddlery (and by riding) but the market for it has been destroyed by imports from Asia. So now it’s just belts, Equus being a new venture that was only started a couple of years ago. Good luck to him. 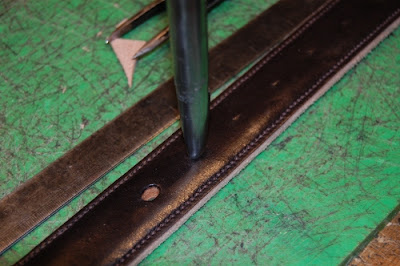 You can follow the discussion on Handmade belts: Equus Leather by entering your email address in the box below. You will then receive an email every time a new comment is added. These will also contain a link to a page where you can stop the alerts, and remove all of your related data from the site.

Read the most a little more carefully, and the comments above JB... This is not a list of recommended brands. That would include hundreds. The ones mentioned are just indicative of the quality/price we're talking about.

The Drake's ones are indeed a bit tight for me too (if you go for the same size as your normal dress shoes). It's a bit of pain at first, but the canvas stretches out relatively quickly. The risk of sizing up is that they…