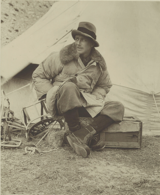 Anyone that has met Charles Finch will attest that he can be inspiring. Adjectives like convivial seem made for the man. But getting to know him and his relatively new brand Chuc’s over the past few months has made me more interested in the men that inspire him.

Chuc’s aims to make highly functional and stylish clothes for the mountain and the beach. These are broadly inspired by Charles’s grandfather, George Finch (above), who was an innovative chemist and remarkable mountaineer, and Peter Finch, the Oscar-winning actor and Caribbean socialite.

Both were remarkable men; they provide great PR stories for Chuc’s. George climbed Everest with Mallory in 1922 and invented the down-filled jacket. Peter hung out with Errol Flynn, Ian Fleming and Noel Coward and formed an elegant, sun-soaked clique.

But their stories never seem like PR when you talk to Charles. He talks with passion of his grandfather’s contemporaries, for example, whom he describes as gentlemen explorers, men of taste who searched for the very best in what they consumed and in their personal pursuits. They were independently wealthy, sportsmen and travellers, characters and bon vivants. 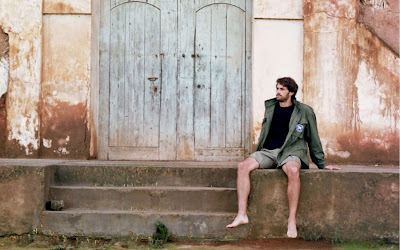 So how on earth is this all reflected in the clothes? Well some pieces take direct inspiration – the safari shirt often pictured on Peter Finch, for example, as well as safari shorts and jackets. Others are an attempt to create similarly well-cut contemporary versions of swim shorts or mountain shorts. But throughout there is an intelligent approach to cut and a real interest in quality.

The chinos, for instance, are cut high in the back to fit much better on the waist than most modern trousers, and have strap-and-buckle side adjustors. The cut of the shorts is similar and while swimming shorts are definitely that, and not designed for walking around town, they feature side adjustors and a quick-drying fabric too.

I’m also a fan of the knitwear, both lightweight and heavy gauge, but perhaps more of that in another post. In the meantime, this is just a note to say it’s worth popping into the little shop on Dover Street and having a nose around. 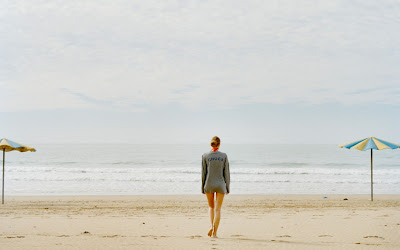 how to wear chinos

These look nice! I just love the last outfit, the knitwear looks perfect on her.