On Permanent Style we have always pushed the intelligent, considered acquisition of a quality wardrobe.

This has many advantages. But it also has a large disadvantage: it removes, or at least makes less frequent, the unique adrenaline hit of retail.

So we replace that giddy, credit-card-bashing thrill with other things - principally, the joy of quality menswear growing old beautifully.

That's what this column has always been about: the perspectives gained by how great things age. 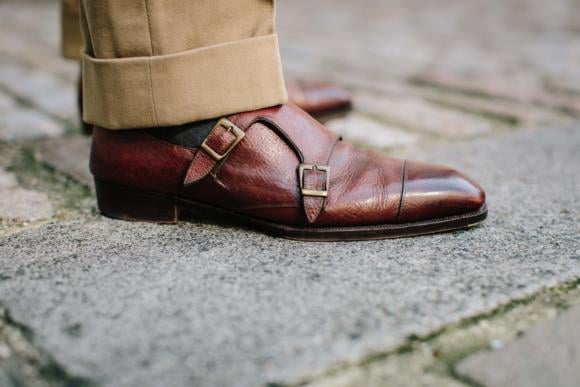 These bespoke Cleverley shoes were of course, in one way, old before they were made. The Russian reindeer leather was part of that famous haul that had been sitting on the bottom of the ocean for hundreds of years.

But while that gave it definite character, the leather would have to carry on ageing in an attractive way for it really to have enduring appeal.

So far, that has happened well. So while the sides of the straps quickly showed signs of wear, the fraying stopped at the stitch line, preventing the strap from actually falling apart.

The buckles were made from an antiqued brass that looked a touch artificial when the shoes were new. But as they have been rubbed and nicked, the look has become much more natural.

If you want something to show signs of age (as you might want in a leather bag, or in a denim jacket perhaps) then this is probably the ideal: wear that becomes noticeable, but pauses or at least slows down at a particular point, so it doesn't affect the integrity of the piece. 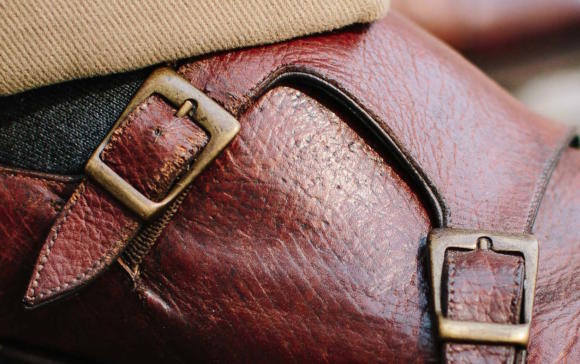 I polished the leather twice with dark brown (otherwise with tan), to see how it would darken.

Interestingly, the darker colour worked its way in between the hatched pattern on the shoe, exaggerating the pattern.

But while this was subtle after the first application, it became significantly more pronounced after the second, so I stopped the process there.

You can see that more of that effect remains on the toe and heel in the top images, where the polish has been less worn away by wear. 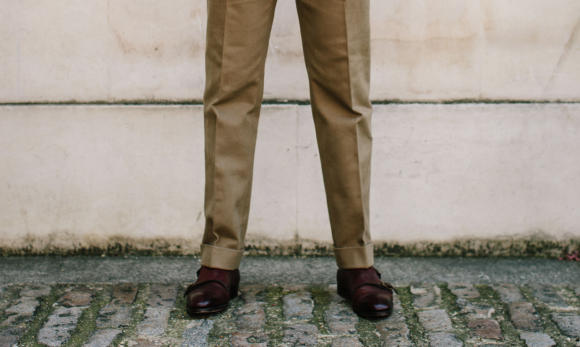 The fit is very good, although not quite as good as my second pair of Cleverleys - the black imitation brogues.

We had some small issues around the buckles and wear they sit against the bones of the foot, which remain. The only practical result is that they get a little painful after a full day's wear.

We also put toe taps on the shoes, which was a mistake. While I definitely benefit from having something to protect the toe, as I walk heavily on that part of the shoe, brads (nails) are nicer as they are less prone to make a noise, or slip.

The shoes here are worn with my Cerrato cotton trousers, and green socks.

You can follow the discussion on How great things age: Cleverley Russian-reindeer monks by entering your email address in the box below. You will then receive an email every time a new comment is added. These will also contain a link to a page where you can stop the alerts, and remove all of your related data from the site.