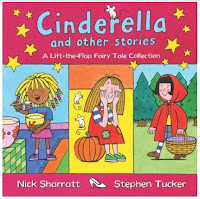 My two-year-old daughter has a book called Cinderella and Other Stories, by Stephen Tucker and Nick Sharratt. Reading it to her yesterday, I noticed that Sharratt (the illustrator) dresses the Big Bad Wolf in a purple suit with yellow windowpane check, yellow bowtie and tan-and-cream spectator shoes. The implication, whether conscious or not on Sharratt’s part, is that this is a figure of ill repute. Only the roguish dress in such an ostentatious way.

That feeling about loud clothes can be seen throughout the development of menswear. The Duke of Windsor, when Prince of Wales, favoured checks more than his contemporaries (hence his popularisation of a variation on the glen plaid) and took to wearing spectator shoes. The latter were deemed by his father, George V, to be the footwear of a bounder and a cad.

His father, Edward VII, also pioneered clothing that was stronger as well as more comfortable. He favoured tweed suits for the races, rather than formal daywear, and took to wearing velvet jackets as well. Interestingly, though, Edward VII quickly dropped the latter when they were popularised by Oscar Wilde and became associated with homosexuality. The Duke of Windsor, by contrast, continued to wear suede shoes despite their associations with homosexuality.

Bounders, cads, rakes and rogues are often those that have stepped outside society’s ideas on respectability. This is communicated through clothes as much as through their actions or the company they keep. Indeed the nickname for suede shoes used to be brothel creepers, suggesting one place these men liked to hang out. And spectators are also known as co-respondents, after a figure in an infamous divorce case.

So there has always been this association between loud clothes and roguish characters. (Golf clothes and the ‘go-to-hell’ leisure wear of American upper castes might be seen as a deliberate casting off of respectability for a certain period.)

One thing I find interesting is that throughout this history of innovation, the trend towards comfort has always been accompanied by one of personal expression. Colours, patterns and contrast are a deliberate step outside the norm in order to become more individual.

What’s depressing about menswear today is that the two trends have become divorced. Comfort has lost its twin, expression. Jeans, chinos and trainers are not the result of any individuality. A suit is more individual in most parts of the US or UK.

Perhaps not a purple checked suit. But men need to be a little more rakish now and again.

All of this with no mention of Gossip Girl’s Chuck Bass and his infamous purple suits? Your work is incomplete sir.

Might I suggest the blog http://maxminimus.blogspot.com/. I have no affiliation with Mr. ADG or his blog, but his tastes in clothing came to mind while reading your (Mr. Crompton’s) posting. Nine times out of ten the man pulls off what I could never. Based on his postings, he seems to be a fine example of the boldness of expression mentioned in the above article. I appreciate that. (Note, he writes of his work travels and the love of his life {his child} so you may have to root around for a prime example or such boldness.) Keep up the good work Mr. Crompton.