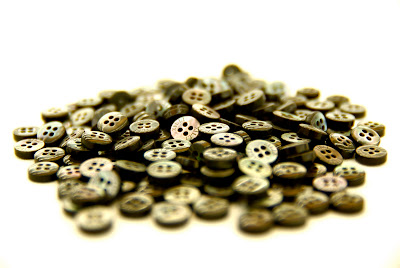 It will not surprise you to learn that I had never walked into Zilli before, the store on Bond Street with a startling amount of coloured crocodile in the window. But it turns out there is a serious craft story there, behind the reptiles and chinchilla fur.

It was James Massey that convinced me to give it a go: a good friend and now a man with his own luxury goods PR as part of The Massey Partnership. Zilli is a new client and one keen to spread its appeal beyond the classic Russian and Middle East clients, who it’s fair to say often prefer slightly demonstrative clothing. A French company with a commitment to small-scale, quality production, Zilli is hoping to appeal to mainstream luxury clients more interested in craft than colour.

Part of this new approach is some very fine shirting, made bespoke by a Zilli-owned factory in Bergamo. As you might expect the focus is on the quality of the cottons, Zilli being a house obsessed with materials whether vegetable or animal. And there are all the trappings of luxury shirts – mother of pearl buttons, French side seams, unfused collars and cuffs. 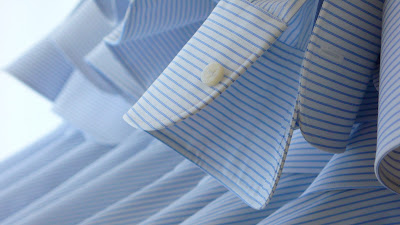 But I was most interested in the factory that makes the shirts. Based in Bergamo, it was established by the Burini Brothers in 1954 and bought by Zilli in 2008. It employs 48 people, just making shirts, just for Zilli. Like the Italian luxury companies most focused on craft, Zilli has systematically established small teams of specialists that are entirely under its control and focus on specific products.

This has all happened in the last few years. The original factory, in Lyon, was set up in 1970 and today has 165 people making belts and other leather goods, as well as some outerwear. In 2007 Zilli bought a small factory in Argenta, Italy where 20 craftsmen make small leather goods and work exotic skins. In 2008 it bought the shirt factory in Bergamo. And in 2009 it acquired a factory in Rioz, France that makes metallic pieces such as zips and belt buckles. It has nine staff.

The acquisitions are part of a plan to remain independent wherever possible, something Zilli has focused on since it was founded 40 years ago. As you might expect, it is also family owned and family run. Alain Schimel is the founder and chairman, his son is managing director, his wife fashion director and the generation below look after duty free, shoes and cufflinks.

Zilli is most famous for launching luxury sportswear at a time when no other brands carried it. I’m not about to start wearing sportswear. But there is more to the pink-stone store than animal skins. 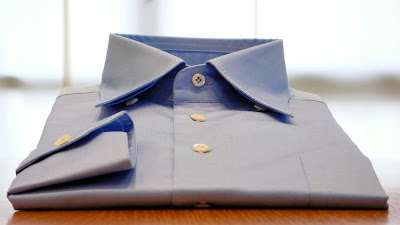 You, Sir, are a mine of useful and elegant information. Consider yourself added to the blogroll over at beingmanly.
All best, VB.

Mr. Crompton,
I’ve enjoyed your blog for some time and while I sometimes differ in opinion on the the more subjective elements, generally find your sense of style impeccable. As you note, Zilli is a store we gentle readers would not be surprised to learn you have thus far spurned in sartorial pursuits. While I appreciate any company dedicated to artisan craft, I cringed when I saw a post about Zilli here, even though I would venture to guess I enjoy exotic leathers more than you do. Leather trim on besom pockets is bad enough, but where catering to questionable taste may be forgivable, encouraging the worst in sartorial habits is not. I speak of their own collection spreads that clearly (and one must assume quite intentionally) show the first cuff button on their bespoke suits and blazers intentionally left undone. Unless one is a surgeon, and finds himself outdoors in the cold, gripping a bone saw as he prepares to amputate a leg, or a hunter, field dressing small game, there is no excuse for the otherwise crude boast of wealth that an undone cuff conveys. I’m sure the shirts are lovely, but so are those of Charvet, New & Lingwood, and many others, who may cater to any taste (say, Charvet denim shirts with double cuffs), but I can’t imagine actively promoting gauche behavior.
Best,
Ivan

Thank you Ivan. From a style perspective I’m surprised that leaving a cuff button undone is the biggest issue you have with Zilli!

Personally, I think having a button or two undone is more of an individual style choice. Besides, if you were to take a purely practical view would a suit need cuff buttons at all?

Alright you have a point there, but I’ll stand by what I first wrote. The difference between our views here is that I don’t consider undone cuff buttons a style choice so much as outright poor behavior. You can afford bespoke? Great, no need to rub it in peoples faces, why not let them enjoy the beauty of the garment itself. This distinction is why I compared it to leather trim and denim shirts, I find such articles to be in questionable, if not poor, taste, but there is something to them beyond pure snobbery. Wearing a Patek Philippe is of course boastful, but it is still a watch, some may say a piece of art, and it can still be admired and enjoyed by a passersby. I don’t see that potential in the cuff decision, it benefits only the wearers sense of self importance.

As far as the practicality of surgeons cuffs go, this leads to another mild disagreement I share with you over your “style becomes costume” philosophy. Working cuff buttons are no longer practical because nobody engages in activities that require that a jacket be kept on (usually for warmth) but where the cuffs would be soiled and ruined if they weren’t turned back. Arguments could be made that there exist aesthetic reasons for retaining the buttons, but basically they are a costume element in the modern age. Historical accuracy and continuity is fundamental to many people’s sense of style, and I hesitate to label it as costume.

I mentioned the game hunter because I’ve been following your shooting suit articles with interest and it was one of the few modern situations I thought may be applicable. Given that gentleman rarely have servants to fetch their kills anymore, presumably some care might be taken to keep blood off that handsome plaid.
Cheers~

Question: what is the relation of Zilli to Burini and Brioni? Some of my Brioni shirts also have the Burini of Bergamo label. Also, Brioni owns the Burini trademark according to this listing:

Good question. And the answer is that there were two Burini brothers, running two different shirtmakers – Burini and Eugenio B. The former is owned by Brioni and the latter is now part of Zilli.

Both Burini brothers are now retired.

Any idea of who makes suits for Zilli?

Yes it would still work, but it would be more tonal and I'd want something else potentially. Perhaps a white handkerchief in the pocket

Thank you for saying so Ben

I disagree. Perhaps some time I'll write a whole post explaining why

Amazing, I hadn't seen that Christopher, thanks. It must be tasteful if Andreas wears it