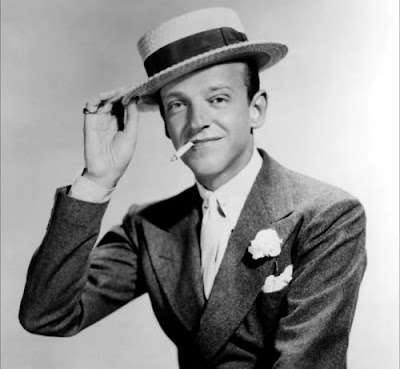 What observers think of as style in a man is often as much the way he carries himself. Ease creates grace, grace begets elegance. To be stylish you have to be at ease in your clothes and comfortable with what you are wearing.

This is what people mean when they ask whether someone can ‘carry off’ an item of clothing. It is also why the Italian tradition considers it more stylish to have some part of the outfit slightly wrong, or imperfect: one side of the collar poking out of a sweater, or the rear tie blade sitting in front of the front. Seeming at ease – not preening, not pretending – is at the root of so many of our ideas of style.

Fred Astaire is a great example. As Bruce Boyer puts it: “I’m sure I’m not the first to conclude that the reason Astaire looked so marvellous in tails is that he played against that stuffed-sausage look that predominates when one wears a formal getup. In all of those wonderful films he always looks so much at ease, so comfortable and so casual; more as though he were wearing terribly elegant pyjamas.”

A similar observation can be made about the evolution of men’s style in Hollywood. The 1920s set the foundation with the put-together style of Douglas Fairbanks and John Gilbert; the 1930s relished its clothing, personified by Clark Gable; but it was the 1940s with the peaking of Gary Cooper, Humphrey Bogart and Cary Grant that men were shown entirely at ease with their dress.

Men dressed to starched, crisp perfection rarely look elegant. Perhaps momentarily stylish, as they drift into the room, but no more than a mannequin would be. They are too often characterless.

This is all very well, but achieving stylish nonchalence can be very hard for a young man discovering clothes, and thus experimenting with new things every week. Who feels instantly comfortable wearing something his peers do not? Like a proper hat, a blazer with gilt buttons or a silk handkerchief? It is hard not to be self-aware, and self adjust. Never self adjust; that’s what bathrooms are for.

To those men I say this: Be patient, enjoy what you’re wearing and whatever you do, don’t take yourself too seriously. Nothing is less elegant than that.

Excellent post. Something to do with clothes not making the man, methinks, but that begs the question of how the man is made. Character building is something nobody really thinks about any more, but (generally speaking) only with self-assurance and maturity does a man attain the ability to be gracefully nonchalant. A sound disposition is the suit one wears under one’s suit: it is dearly bought, but lasts a lifetime.
VB

It’s a well-trodden theme I suppose, but can we say that it is ‘fit’ which is chiefly at work here? Fred Astaire famously got his clothes made on Savile Row, as did Gable (and maybe Grant too, I don’t know).

You may recall in that BBC series ‘British Style Genius – The Tailored Look’, Michael Caine talked about young men with suits from Burtons doing the chin jutting movement as they tried to make the collar and shoulder fit, no doubt looking uneasy in a suit. His own jacket, as he remarks, was made by Doug Hayward and fits a treat. I know I suffered with collar aggravation and cuff adjusting when I started wearing a suit, largely because it didn’t fit very well.

Doesn’t cover the wearing of silk pochettes or hats, but explains part of what makes a man at ease in formal clothes I think.

Interesting coincidence.
I was thinking along those lines earlier this evening.

If one has attuned one’s visual acuity to color, cut, texture and pattern — learned what is flattering, (and what to avoid); has confidence, doesn’t give a fig about what’s IN and what’s OUT; wears what is pleasing to himself — chances are you have a personal, comfortable, unselfconscious style. (Yeah, what the hell — even if a bit “wrong” it’s right.)

That’s the “authentic” you.

Wearing a “costume,” aspirational gear (wanna-be stuff), and dressing for effect are facades that prevent one from being one’s true self.

I won’t even wear a Nordic ski sweater, which I love, but I don’t ski… (It’s not who I am… would amount to an assumed persona.)

Finding and wearing clothes that are a genuine expression of one’s core identity is a great joy.

your idea of italy is long gone

I recall an interesting detail that comes across particularly in Bogart’s films: he often wore his own suits, finding the costume department ill-suited to the characters he played. No wonder he carries his roles off so well: he is, quite practically, himself.