There are certain tendencies among stylish men that never make it into the lists of rules. They are not as intuitive or easily explained, perhaps, as covering your waist when wearing black tie or matching your socks to your trousers. But they are almost universally acceded to, through some common realisation that inevitably comes when you care what you wear every day.

I offer three examples, in the hope they are helpful. 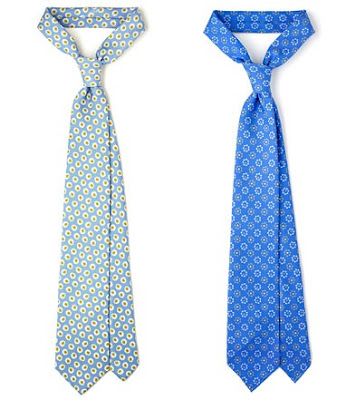 30oz foulards from Drake’s. With four in hand, of course
1 Ties should be worn with a four-in-hand knot

Scores of men in the past century have been held up as style icons. They all tied their ties in a four-in-hand knot.

The Windsor knot was named after the Duke but he never wore one – his ties were simply made thicker. Even Prince Michael of Kent, with his bulbous knots, ties extra thick ties in a four-in-hand – mostly made by Turnbull & Asser. I’ve seen them.

Other knots are cheaper ways to achieve this effect, or simply gimmicks. I offer no rationale other than the fact that a four-in-hand is pleasingly asymmetric and has a length more reflective of the blade below it. The fact is, everyone wears one. 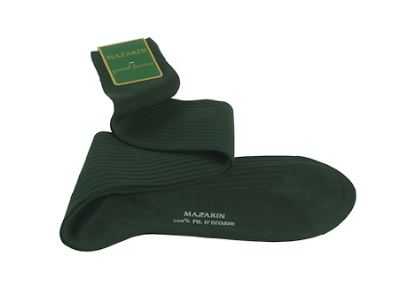 It can be hard to explain how much more satisfying long socks (calf length, to just below your knee) are until you’ve worn them. Most men find them fussy and – more importantly, to them – effeminate.

I felt very sorry for Welsh comedian Rob Brydon who, on British TV quiz show QI last year, proclaimed his love of “the long sock” only to be mercilessly bullied by the other panelists. Such is men’s fear of unusual clothing.

Long socks are not hot, particularly cotton ones: there is too little blood in your calves. They are more comfortable, because you never have to adjust them: short socks are as annoying, and almost as unattractive, has having trousers that constantly fall down. And long socks look a lot better, certainly with any trouser approaching smart: you don’t let your trousers puddle around your ankles, so why would you do so with your socks?

The superiority of calf-length socks has long been acknowledged by every stylish gent. Cost-cutting industry and lazy consumers are to blame for the rise of the short sock. 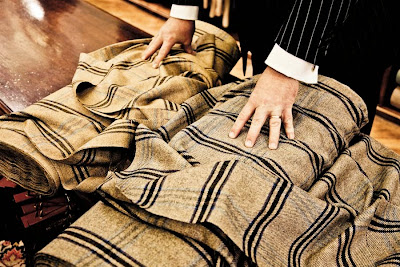 Obviously a bright-red tweed is less suitable for a business meeting than a navy suit. But it bears consideration that the tweed’s colour, texture and check all contribute to this informality, and the same principle applies on a much smaller scale.

The smaller the check on a suit, the more formal it is; the darker or weaker the colour, too; and worsted wool (what most suits are made out of) is smarter than cashmere, even if the latter feels more luxurious. Black tie is the smartest outfit most commonly worn today and it has no colour or pattern, usually, just the tiniest contrast between matte and shiny, shoe and suit.

The same principle applies to every item of dress, from ties to shoes.

Why consider formality? Because what you wear reveals a lot about what you think of the person you are meeting. It is thought and consideration, time taken and therefore compliment given.

You can follow the discussion on Three truths, universally acknowledged by entering your email address in the box below. You will then receive an email every time a new comment is added. These will also contain a link to a page where you can stop the alerts, and remove all of your related data from the site.