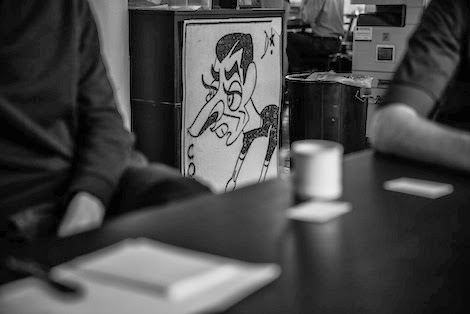 Cycling has to be the most stylish sport in the world. It has such an elegant, innate rhythm, plus a deep design heritage, a unique culture, and some of the most beautiful settings in the world. I sat down recently with three of the leading lights at Rapha to ask them what they thought makes this sport I love so stylish. 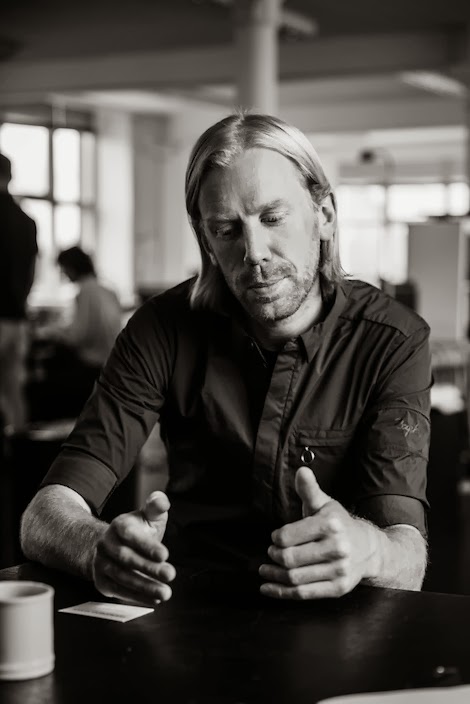 James Fairbank, brand manager (JF): Road racing is often defined, at least in the public eye, by the kit, and that’s gone through lots of different phases over the years. It used to be simple, with just a single sponsor perhaps, and then it became more complicated and lurid over the years.

Graeme Raeburn, head designer (GR): Part of the reason those early jerseys were so simple was the restrictions in the knitting techniques. It might have been a single colour for a team, with a coloured strip tied around the arm as another indicator (that’s something the Rapha designs consciously emulate, with the white or coloured strip on the left sleeve).

The name of a single sponsor might be knitted into the chest of the jersey, but you certainly couldn’t put lots of names all over the kit. I think this was the reason the world champion’s jersey had the distinctive five bands of colour across the chest – it was the most expensive thing to do, to use all those colours.

Later it became possible to print on the jerseys, and then people went a bit crazy, with the lurid designs and multiple sponsors.

Ultan Coyle, art director (UC): I still like the small teams that used to have lots of small sponsors because that was the only way they could afford to compete. One sponsor might be the local garage, but that’s what they needed. 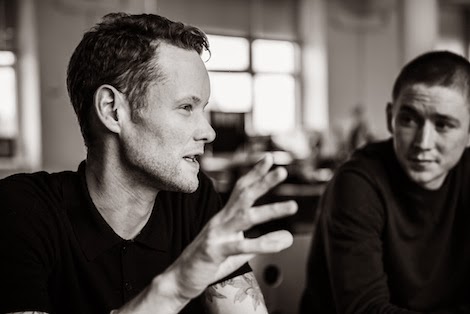 JF: There’s also a certain appeal to the brightly coloured jerseys, but at the very least it gives different periods of cycling very distinctive looks. You don’t get that so much in other sports – the shapes of the clothing might change, but the colours and design don’t fluctuate so radically. The commercial set up of the cycling teams has always driven that.

When Rapha started, we wanted to hark back to the simpler designs in the past, so we had basic, contrasting colours. That’s also tied in nicely with Team Sky now, as their jerseys have always been very simple and distinctive.

GR: Of course the reason the riders are often brightly coloured is so teammates can distinguish them on the road. You have that need in football or rugby as well, but not at the same speed or in the same conditions, going in and out of tree cover for example.

Cycling is different to those sports as well in the size of the canvas there is to play with. It’s not just the kit but the helmets, the bikes. The team colours can play out across all of them. 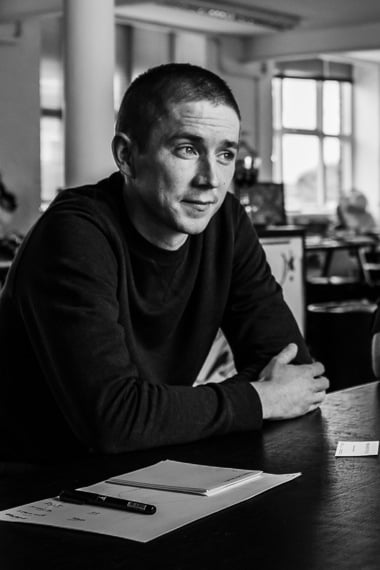 UC: Thinking about the style of cycling as a whole, the way the teams ride together is probably a contributor. In the same position, the same kit, the same bikes, all tightly grouped. It’s what makes the lead-out trains exciting – when you see the teams come together.

JF: Riding is certainly more coordinated and smoother than most other sports. It has an elegance in the speed of the movements, and the gradual acceleration. Someone might be absolutely killing themselves, yet still look calm and assured to a casual observer.

UC: It’s interesting how the lines of the rider and the bike are abstracted, in art, logos or other designs. They are often reduced to a series of flowing lines, reflecting speed and fluid movement.

GR: You get that in the road as well – all the shots of the riders from above, showing the road snaking through a valley or up a mountain. In fact the Rapha logo reflects that as well – it is deliberately smooth and looping in the same way.

JF: I’m sure the reason you get such great photography in cycling has to do with this imagery. The almost static forms of the riders and then the sweeping scenery. No other sport can really compete for the scenery.

All photography except landscape above by Luke Carby

Whilst cycling does have a unique look I must contest your claim as the most stylish sport in the world! It is far too loud imo. I would put forward cricket as a far more elegant alternative for one, as well as a host of other sports. The sport itself is not elegant either, while it does require finesse and mental strength and extreme fitness the action is intrinsically just peddling, compared to a bowling action at Lords? No question.

Cricket certainly has an elegance you don’t find elsewhere, in both the actions and the clothing. Whether cycling clothing is too loud etc is a subjective point I suppose, but what is certainly objective is that cycling has such a huge subculture around it, which has inspired art, design and many aspects of culture that few other sports touch on.

“Cycling has to be the most stylish sport in the world” I could not disagree more profoundly. Some sports – such as surfing and snowboarding – have a strong sense of style which has had an influence on the high street. Others, such as dressage or snooker, hold to traditional forms of dress and so could be considered more classically stylish. (Not golf, though. Golf is the death of style.) But cycling? While there may be some physical grace in cycling (though no more than in other distance pursuits such as rowing or swimming), I have I have never looked at a competitive cyclist in action and thought, gosh how stylish. Track racers have a certain hi-tech sleekness about them, but those folk in lycra onesies toiling up a French mountain? Physically impressive, yes, but stylish? And as for everyday cyclists – I hope you are not one of those who walk around town with one trouser leg rolled up in quasi-masonic homage to cycle couriers.

I’ve been waiting for this article for some time. You’re a mind reader – well done. for the doubters, visit Copenhagen cycle chic. nothing I’ve bought from Rapha has disappointed. I haven’t tried any bibs though, I stick to their “urban” range. For a proper road ride 15+ miles I stick conservatively and superstitiously to Gore re bib tights (when you’re saved from road rash in a nasty bone breaking accident it’s hard to choose anything else). For a bit of fun, read “the rules” of cyclewear by the velominati.

It’s not an homage to couriers. It very practically keeps your trousers free from chain tears or grease. The free drinks at the bar courtesy of a masonic bar man are a welcome side effect.

Can cycling clothing be altered? I have a Rapha jersey that’s spectacular and comfortable but not snug enough at the waistline. Is it impractical or not worth it?

Probably not worth it Andrew, unfortunately.