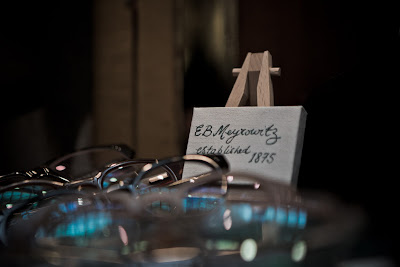 EB Meyrowitz always used to sparkle from across the Royal Arcade, as I sat in Cleverley’s chatting to George or Teemu. The serried rows of horn and acetate frames, all in beautiful brown variations, watched by a little jazz band on top of the cupboard.

But I never made the time to go in. That, it is now clear, was an oversight. In the end, the catalyst was not George Glasgow (who I now know is a loyal customer) but John Durnin, now CEO of Gieves & Hawkes and another customer. He introduced Meyrowitz into the new Gieves set up as one of his artisans, alongside Carreducker, Bentleys, Bill Amberg and others. 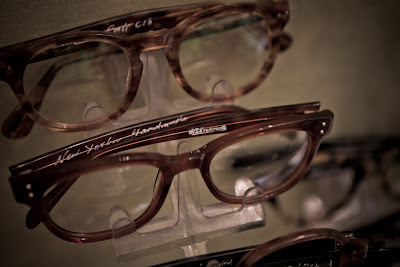 EB Meyrowitz is run by three lovely sisters. But they don’t want to be the focus of a piece such as this, and too right. The focus should be the glasses. These are all handmade, in a range of workshops from England to Germany, Morocco to India. Made to measure glasses, which make up about 40% of the business, are all made in England.

Meyrowitz designs all the frames itself. The made-to-measure service then involves adapting those designs and frames to a customer, and varying little aspects of the construction or the materials. “I used to do bespoke designs for customers,” says Sheel Davison-Lungley, the manager of the store. “But it was impossible to match the picture that people had of how their face would look. Men are often quite delusional about their faces.” 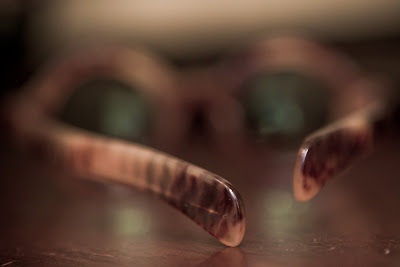 The ready-to-wear frames are all altered as well, in terms of changing the angle and shape of the arms, often from the hinge. Meyrowitz is meticulous with this, taking a series of measurements to get the balance of the frame correct. Anyone who has experience of tailoring won’t be surprised to hear that men usually have one ear lower than another, and one eye lower. Where the frame is made to sit is a judgment based on making it look natural, and fit to these personal idiosyncrasies.

Interestingly, Sheel says that most ready-to-wear glasses on the high street fall down on basic areas of fit, often having arms that are too short and bridges that are too small. The small bridge will make glasses sit too high on the nose. The short arms, on the other hand, are rather like the too-large suits sold by high-street brands: fewer people notice if a suit is too big than too small, and fewer people notice if the arms on a pair of glasses are too short – they may be less comfortable but they will stay on the nose, unlike with arms that are too long. 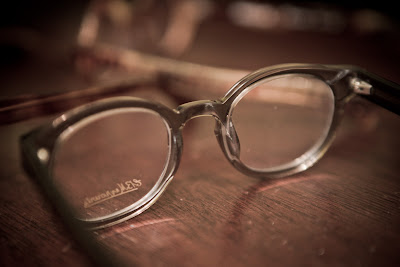 Being handmade, as in cut down and finished by hand, should also make them more comfortable. This is most noticeable in the bridge, where the edges are noticeably rounded and smoothed. Machine-made glasses tend to work in single planes, with each perhaps smoothed but no transition from one to another.You can see something of that in the pair above.

It’s been an interesting area to learn about. 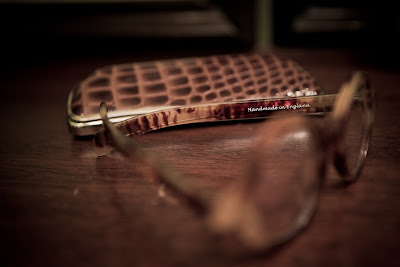 You can follow the discussion on EB Meyrowitz: Handmade glasses by entering your email address in the box below. You will then receive an email every time a new comment is added. These will also contain a link to a page where you can stop the alerts, and remove all of your related data from the site.