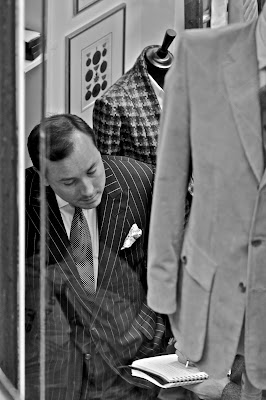 The Rake is running a few articles at the moment around the theme of families, and particularly fathers and sons. Tailoring is particularly strong ground for these relationships, I suppose because it is so male dominated, because cutting is a solo craft and because of the need for long periods of tutelage.

All of which is fitting because for the past few months I’ve been in the process of talking to Steven Hitchcock – son of Anderson & Sheppard head cutter John Hitchcock – about having a jacket and trousers made. John has cut some of my favourite suits, particularly double-breasteds, and I was interested to experiment with ex-A&S cutters who might be similar in style, but of course cheaper.

Steven’s prices start at £2700 (with VAT), a few hundred short of A&S (which is still very reasonable for the Row). He works out of the ground floor of No 13 Savile Row, along with several other cutters. He also visits New York, though only New York, three times a year – indeed will be there next week. 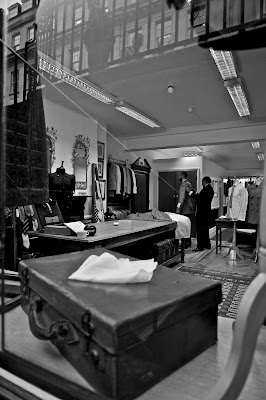 Steven was at Anderson & Sheppard for nine years, half as a coat maker and half as a cutter, before setting up on his own in 1999. He used to have premises on Old Burlington Street, moving when it was demolished, and then at 13 New Burlington Street, which was also redeveloped. His workmates at 13 Savile Row seem remarkably calm given Steven’s track record with buildings and unlucky numbers. Steven’s style is very much soft tailoring the A&S way. The only differences we discussed were the attitude to darts that run the length of the forepart – perhaps less attractive but then perhaps needed for larger gentlemen – and a greater flexibility around construction and style. We were to aim, for example, for the shoulders of the jacket to be particularly soft and added the style detail of gauntlet cuffs on the sleeves. I think John would raise an eyebrow to gauntlet cuffs.

We picked a pale blue tweed from Holland & Sherry – the SherryTweed bunch – that comes in at just 11 ounces. The trousers, which will probably not be worn with the jacket but rather fill a hole in the wardrobe, will be in an olive green moleskin. 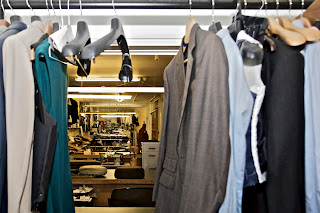 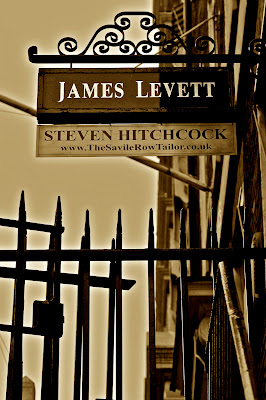