Last week the sale was finalised of the W Bill and Smith’s cloth brands to LBD Harrison‘s. The company, run by Mark Dunsford, has been built on acquisitions, starting with Pedersen & Becker over 20 years ago and more recently Porter & Harding, Harrison’s of Edinburgh and in 2010, H Lesser. So what does this increasing concentration of the industry mean for bespoke customers?

Permanent Style: How long has this sale been in the works? 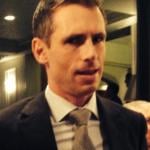 Mark Dunsford: Well given our acquisitions over the past few years, I think everyone knew we would be interested if another merchant was on the table. We all know each other and get along very well. So when David Graham, the owner, decided to retire he asked us if we wanted to talk about it. That was around 18 months ago.

Why did he want to sell?

The company had been in the family for a while, but he’s 67 now and had enough of travelling around Europe I think. He also knew we had a fairly good track record with looking after these small British brands, so he would rather sell to us than to a larger company. He had bought W Bill himself in around 1990, ahead of us.

What’s the state of the business?

It’s in decent shape, it makes money. That’s very different to the brands we bought previously, which were in pretty poor shape for various reasons.

What exactly are you buying?

The brand and the stock, essentially. There is no manufacturing, unlike Italian mills, so it’s just the value inherent in the designs and the bunches, and their popularity with various tailors. We are unlikely to take on any extra staff either. In this market, it’s always been very hard to increase market share with more or better bunches. Everyone has their bunches in the tailors, and everyone’s share of the pie is pretty consistent. Acquisition is the only way to grow.

Will this mean less choice for bespoke customers?

Well a lot of the British merchants share manufacturing, so the designs are often very similar. If you look at the basic Lesser and Smith’s bunches, they are almost the same. It’s not a like Dormeuil or a Scabal, where they are designing primarily for RTW garments to be made in the Far East. There is much less original design work in the cloths produced for bespoke tailors, particularly in the UK. We stick to what we’re good at.

But there are still bunches and cloths that would be missed. I’ve always been a fan of Moonbeam, for example, and I noticed recently that Harrison’s and Loro Piana are the only two to offer a cashmere overcoating over 20oz.

Absolutely, and we plan to retain all those existing bunches.

Is there a risk that the choice overall will decrease, however, with just one design team putting together the bunches for all these brands? 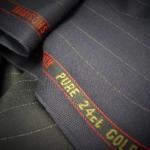 Possibly. The key is maintaining the navy and grey worsteds that are the bedrock of the business, though. That’s what keeps the industry alive. When you look at the Lesser bunches before it was sold, even the basic bunches were pretty depleted. We need to make sure that the popular cloths are consistently available, in the same quality and all still made in UK.

Do you have any plans to create new designs for the brands you have acquired?

W Bill will be a big focus over the next 18 months. There is a lot there that needs improving and modernising. A lot of the patterns are repeated; a lot are too heavy for a contemporary audience. We don’t want to lose that, but we want to mix it up with some things that are a lot more lightweight – softer jacketings that are so popular today, competing with the likes of Caccioppoli.

There will always be a customer that wants heavier or old-style cloths, though, as shown by the popularity of online cloth clubs. Do you plan to cater to them?

That’s something we want to retain with the Porter & Harding brand. That heavy, Scottish tweed will remain in those bunches, while we do more original, funky stuff elsewhere. It’s early days yet – we don’t have a firm plan. But that’s the direction we want to go in.

Do you have any plans to do more direct sales of cloth to bespoke customers?

I’m not against it – we do a little bit with customers that are off the beaten track, in Hong Kong for example. They phone up with the specific cloth number and we can ship it out. But it’s a bit messy and inefficient. It takes a lot of time.

Could you sell more online?

Possibly, but it’s very expensive to set up and hard to reproduce the exact colour or texture of the cloth. The feel of the fabric is so important that it would kill me a little bit to do it. I know John Foster’s and Hunt & Winterbotham sell online, but actually we just employed the guy at Hunt & Winterbotham who set it up and they made very few sales.

There’s a risk you lose your focus as well, I think. Stick to developing great bunches and being a good merchant – that’s what we do well. I suppose I’m a little old-fashioned like that, but there we are.

Who do you see as your main competition now? 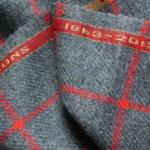 Holland & Sherry I suppose – I haven’t had a call from them yet about the sale but I’m sure I will – and Dormeuil, Scabal. But the thing with those big companies is they make most of their money selling to the garment industry. The UK is not a big market for them. Holland & Sherry concentrates on America, Dormeuil in the Far East, Scabal in South America and other places.

I’m sure they see the UK as important (probably Holland & Sherry more than the others), but they’re not real competition for us with the West End and City boys. The offering is also different, along with the price. They tend to be more expensive and much lighter in weight.

Have you seen any fallout from the Loro Piana sale yet?

No, I think that will largely affect the Italian market rather than the UK. Cashmere sales in Italy is probably the only area we would cross over.

Do you think you have preserved the future of these British brands with the buyout?

Possibly, yes. The thing about being a cloth merchant is it’s a long game. Once you have bunches out there, you need to repeat them and keep them supported. The moment you want to try and get out, you have a dilemma. If you start chopping up the bunches and not supporting some of the cloths, the tailors stop using them and you end up with a load of stock you can’t sell.

David was patching up the W Bill and Smith’s bunches a little to keep them going, but he sold at the right time. If he had waited, he might have ended up with a situation like Lesser’s – they couldn’t sell cloth, so didn’t have any money to buy new stock, and it all circled downwards in a vicious circle.  It’s good to have bought the company from David while it was still making money.

You can follow the discussion on W Bill and Smith’s sold: Mark Dunsford interview by entering your email address in the box below. You will then receive an email every time a new comment is added. These will also contain a link to a page where you can stop the alerts, and remove all of your related data from the site.