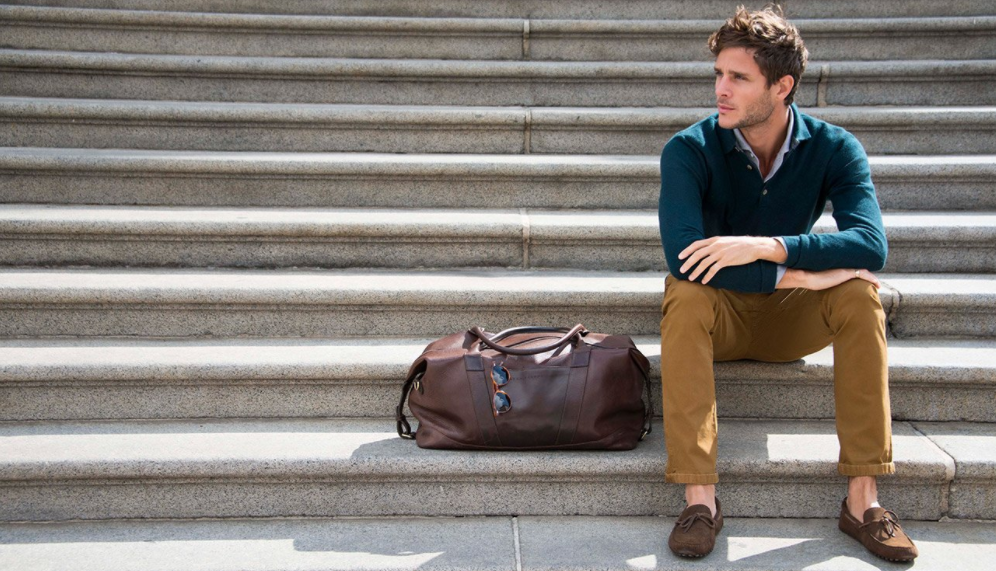 For the past four months I’ve been wearing and trying out the knitwear of Luca Faloni - an Italian with an online store based here in London.

Luca offers quite a broad range of things, including leather goods, scarves and shirts; but it is the knitwear I’ve come to particularly love.

The fit is moderately slim - more tailored than the vast majority of knitwear, but still comfortable for a range of sizes. The quality is high - made in Italy and with Cariaggi cashmere. And being online only, it is very good value - between £225 and £265.

I’ve been wearing the brown-melange V-neck primarily, which has performed very well. Really soft, minimal pilling, and just loving the fit. I might have the V about an inch deeper, but that’s it. 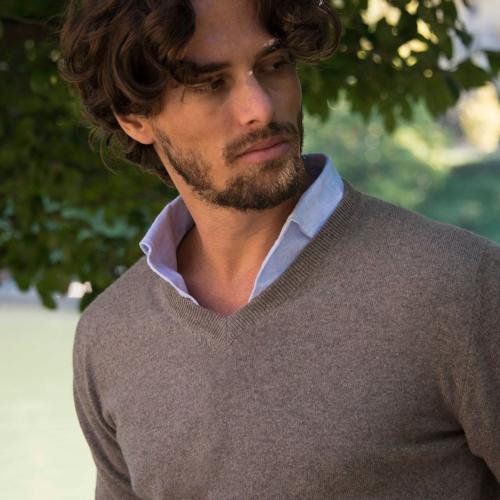 The range used to be restricted to the classics - V-necks, crewnecks, in navy, grey and some other melanges. But it has expanded recently.

First was the polo sweater. It is cut a little bit more like a long-sleeved polo shirt than normal knitwear. So straight and slim through the body and sleeve, and without ribbing at the end of either.

It works really well over a T-shirt, giving you the feeling of the cashmere being closer to the skin. But you can also wear it with a shirt - it feels too slim on the sleeve to start with, but loosens up over time. And you can size up as well. 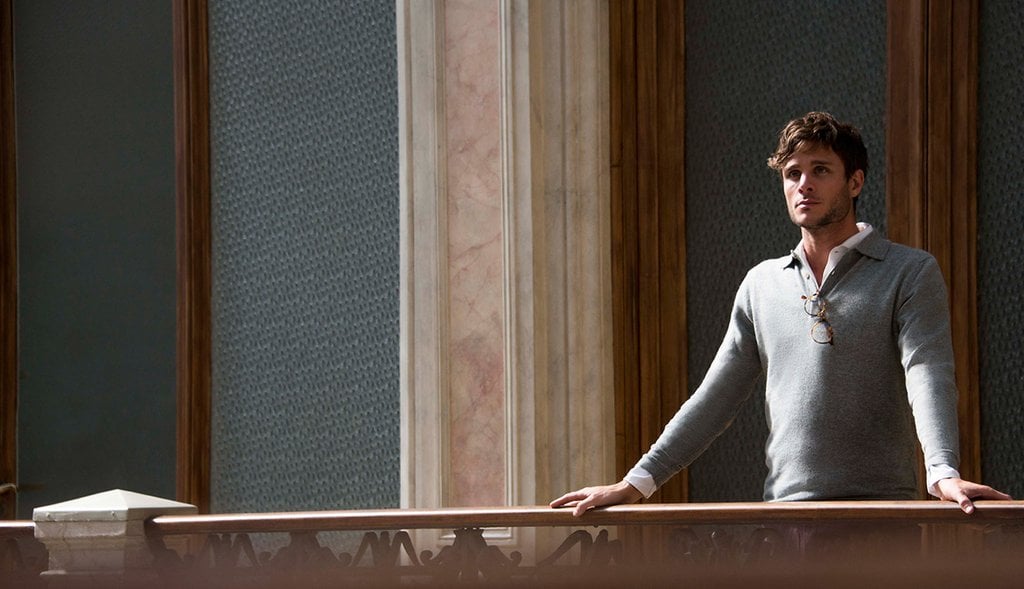 The second introduction has been a cashmere hoodie, in navy and grey. This has the same straight cut as the polo sweater, with a hood, but unusually has three buttons running down from the neck.

Personally I find this means it doesn’t look that great buttoned up, as I’d wear a normal wool hoodie (I have two from Al Bazar that I’ve worn for the past couple of years, in navy and pale grey).

But it does work really well with two or three of the buttons undone, over a shirt for example. 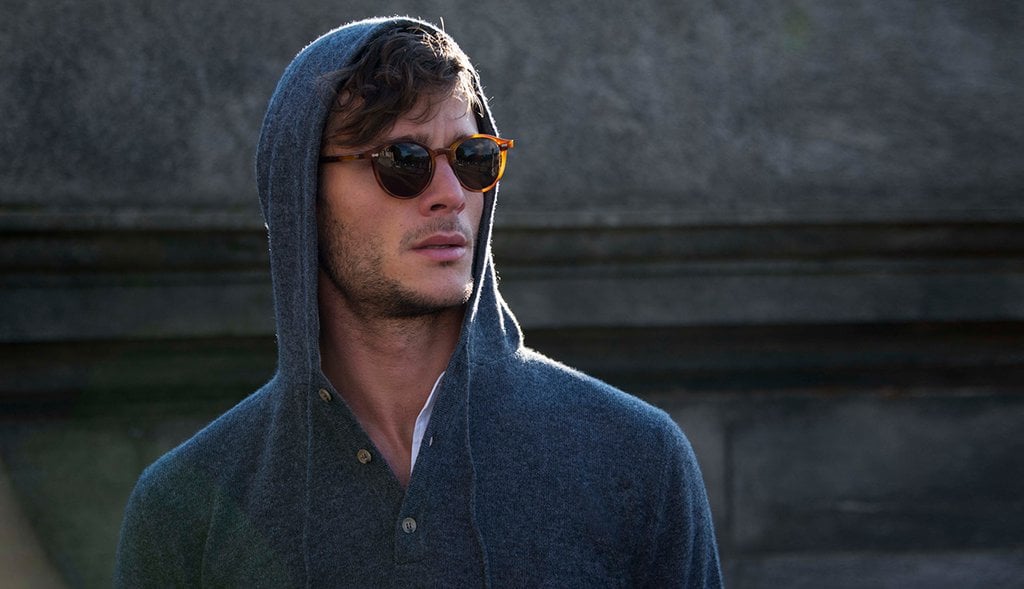 I now have a navy hoodie and wear it with two buttons undone over a button-down shirt.

It has the nice effect of looking like a pretty conservative navy V-neck, but with the slightly more sporty element of the hood, and frames the collar and neck of the shirt well.

It’s also worth saying that Luca’s colour selection is very good - and typically Italian. The camel beige in the polo sweater, for instance, or that brown-melange V-neck, are redolent of Loro Piana or Fedeli. 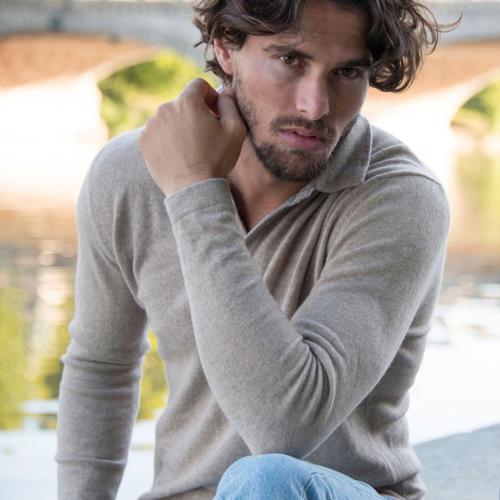 Elsewhere Luca does shirts with a one-piece collar and two fits (slim and regular); the suede belts are nice (though I’d prefer a brass buckle); and the design of the bag is quite cool - the handles are broad and reinforced to allow you to carry it easily over the shoulder as well as in the hand.

The fit has also been improved on the shirts. They used to have a very short shoulder, which can create greater movement but also be too tight under the arm. The initial ones I tried were too tight, but the new range has lengthened the shoulder by 1cm on either side.

The brushed cottons are also lighter in weight than you might expect, making them very versatile.

It's become a nice source of both high-quality cashmere staples and some interesting new ideas.

You can follow the discussion on Luca Faloni knitwear – a high-quality staple by entering your email address in the box below. You will then receive an email every time a new comment is added. These will also contain a link to a page where you can stop the alerts, and remove all of your related data from the site.