Fashion terms and what they mean – by Bruce Boyer

Today on Permanent Style, we offer this little palette cleanser of a piece by Bruce Boyer.

As ever there is truth in the humour, the sarcastic points highlighting the ever-pressing need of the industry to offer something new and exciting – and dress it up as artistic creativity. 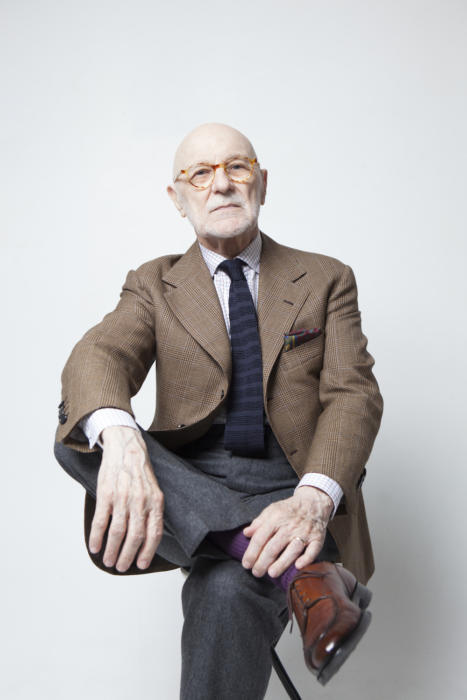 "It seems that sports writers and fashion editors are continually finding new ways of saying things, particularly old things which must be made to seem new.

This is not necessarily misplaced enthusiasm, it’s merely done, one must suppose, in order to prevent boredom on the part of the writer and to try to inject some fresh and imaginative interest in the subject.

In fashion, the rule would seem to be that most concepts should revolve around the democratic idea of self-expression, the notion that there is something unique in all of us that should be hauled to the surface through the medium of apparel.

It’s not polite to ask why, if fashion is about self-expression, we have trends. In fact, it’s not polite to ask anything of fashion, as long as it makes us feel better. The terms fashion writers and editors use are merely to create a world of images in our minds without intellectual distractions of reality.

Let’s leave that there, perhaps. My purpose here is simply, for the purposes of general enlightenment as my Aunt Gladys used to say, to list of few of these current fashion terms and what they actually mean to the folks who invent these concepts.

Quickly thumbing through a few recent editions of the leading fashion mags I’ve picked out the following terms for examination, and will try to explicate them. These definitions will only apply for the next year, i.e. in fashion terms three seasons.

It should also be noted that these terms historically were applied mainly to women’s fashion, but have crept into men’s wear as well. They are, in a fashion  word, unisexual.

[Note to Editor: I’ve not put these entries into alphabetical order. Does it matter?] 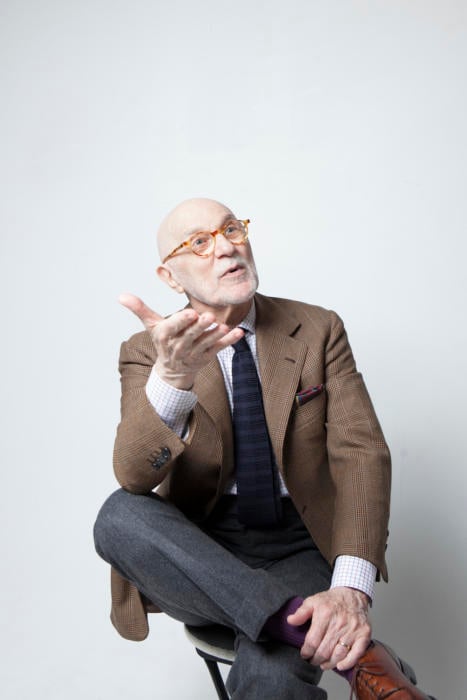 HOMAGE [pronounced OH maj]:  Theft; unblushing larceny; the ransacking of the past for profit by those who see History as a commodity. As in “It’s an homage to the golden years of the Depression.”

INVESTMENT DRESSING:  A now rather ancient term still found somewhat useful as it continues to strike the right aspirational chord. Generally referring to clothing so expensive it needs rationalisation.

ON TREND:  Only for the slavish followers on The Cool Hunt, i.e., those who know the difference between edgy [the old term] and directional [the current term].

MEGA (also SWAG):  Celebrities are seen wearing it. Acceptable for general usage after having applied the general rule, i.e., that you’ve never seen anything remotely like it in the stores you frequent. Aspirational and designed to give a sense of inferiority to the reader.

FRUIT SALAD:  An eye-boggling mix of patterns and colors, only applied to this past Spring season, afterwards obsolete.

LUST HAVE: You’ll totally die without it. As in “Those aubergine patent leather chukka boots are a lust have.” Designed for short shelf-life consumption.

INTENSE:  An almost technical term, used preferably as an interjection of speech while on The Cool Hunt. Best translated as They’ll die because you bought it before they did. Super-aspirational.

FAST FASHION:  A pejorative term usually uttered with the nose raised, and which neatly condenses the thought that a particular style was over three months before you ever saw it and four months before you bought it.

NARRATIVE:  Trying to infuse garments with A.D. (“Added Value”) by associating them with some ludicrous story, usually historical to entrench a sense of yearning nostalgia, to accompany the product. As in “This cloth was invented by the British in the mid-nineteenth century to hold musket balls in the Crimea.” Or as in “It’s a red reminiscent of what Garibaldi wore on his march across Southern Italy.” Or simply, “It’s Garibaldi red.”

AESTHETIC:  An academic term taken from philosophy, originally meant to denote the study of beauty, but now evolved to mean its opposite, a costly trend totally devoid of any real beauty or worth." 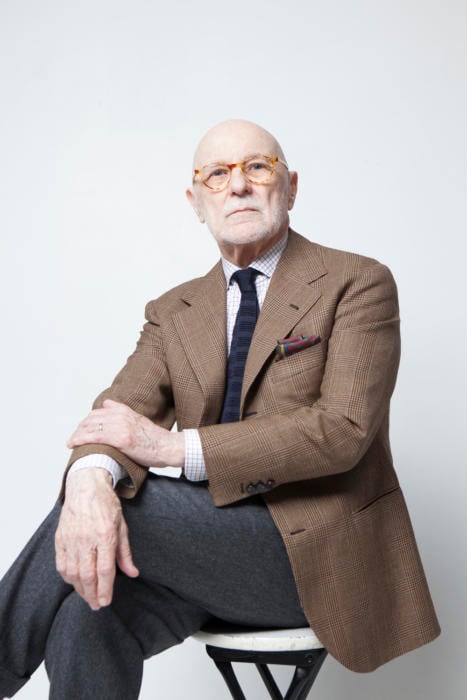 For more on Bruce's style and how he dresses, see our posts 'How to dress like Bruce Boyer', parts one and two.

If you want to hear Bruce, it's worth listening to the podcast Unbuttoned - G.Bruce Boyer's Life in Clothes, which he recorded with Canadian journalist Pedro Mendes. You can find it anywhere you listen to podcasts, or on Pedro's website here

The photos here are from that series, taken by Rose Callahan

Ah, the venerable Mr Boyer – I enjoy his wit greatly!

Have you read Die, Workwears post on Fast Fashion?

Whilst you, Simon, are the tailoring maestro I do think the Derek might be coming up for the best thinker in menswear!

Bruce is pithy and entertaining but a bit snobbish and pleased with himself… I walked through the armoury earlier this year (I think Feb) and they were talking Pomella (who was doing a trunk show). I got a look that made it very clear I was not welcome in the fold!

I don’t find Bruce snobbish or self-satisfied at all. Quite the opposite actually. He’s sharp, perceptive, and that of course will irk some people, not unlike Plato’s cave. His sense of humor reminds of a French essayist called Philippe Muray, arguably one of the sharpest observers of today’s society.

True,true and true… A good laugh… Eschew logos and anything on the schill men’s fashion websites…. Though have a look at them for a laugh..

Very amusing and ‘on trend’ satire from Mr Boyer. Unlike ‘anonymous’, below, I am not a fan of Derek Workwear’s more philosophical ramblings (his more practical advice, usually on Styleforum, is quite sound, OTOH).

I can see where he is coming from. However, I think that a sarcastic reflection of fashion terms is such a cliché in itself. I‘ve never met Mr. Boyer, but it’s not the first time that I got the impression that he seems to be full of himself.

Perhaps this comment section could be used for some fun thinking up our own skeptical definitions of some marketing terms.

Statement piece – a garment that loudly proclaims that the wearer has more money than brains.

I saw Mr. Boyer at the PS symposium in NYC last Fall. He was so pretentious and off-putting with his comments, itndrove me to leave early.

Off putting and full of himself, indeed not. You get to an age where you tend to say what you think, rather than sugarcoating. Perhaps a dose of Duke of Edinburgh style plain speaking, is a good thing.
In the spirit of sceptical definitions , how about ‘fashion forward’ – if you don’t get it, you are a pleb.

The PS video in NYC was marred by Scott Schuman’s Shutting up of Bruce Boyer who gave up in the face of Schuman’s multicultural globalist Pollyanna act. You know he puts the most awful looking people on the Sartorialist site and shoves his worldview down your throat. He has no standards everyone is cool everything goes.

I didn’t realise that Schumann was like that, but then I haven’t paid his work any attention in a decade. Die, Workwear has SJW-type views too, from what I gather. It’s a fad which is well past its sell-by date.

I love reading or hearing him talk of clothes in general, but I concur with previous comments that in the NYC symposium and other more recent stuff, he mostly comes off as snobbish and complaining about things being better 50 years ago.

As usual, Mr. Boyer was right.

Things WERE better 50 years ago.