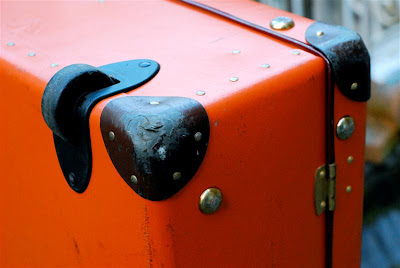 Hopefully this piece will be the first of many about how great things age. It is about my Globe-Trotter luggage.

When I first wrote about buying the luggage two years ago, one reader commented: “Simon, those are beautiful suitcases. But… do you really use them for air travel today? Don’t they get ruined?” I didn’t really know it at the time, but the point is that no, they do not. 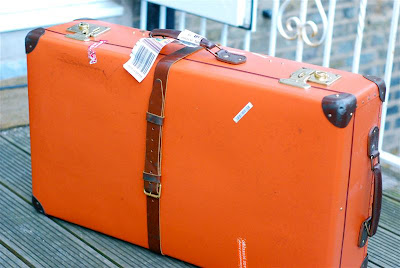 There are many advantages to Globe-Trotter luggage. It is very light yet extremely strong (in a famous stunt a cabin case was shown to be able to support the weight of an elephant). It is handmade using the same Victorian machinery as it was 113 years ago. It is easily repaired, very eco-friendly and great value for luxury luggage.

But the best thing about it is how it looks, in particular as it is used. You can get a polycarbonate suitcase that will be tough and lightweight. But it will never look as good as when it was new: it is designed to look shiny and as soon as it scuffs it is degraded. It is unlikely to be something you are proud of; you certainly wouldn’t pass it down to the next generation.

Another reader on that initial post commented “the best thing about Globe-Trotter is, unlike the wretched Samsonites, it doesn’t matter if it starts to looked ‘used.’ Quite the opposite in fact”. Another said “being using one for years. It ages amazingly, with more scratches and baggage stickers gracing its surface, I’m loving it more everyday”.

And here is the evidence, in the photos of my luggage two years later. 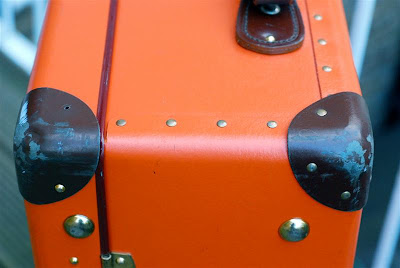 In that time it has been checked in about 30 times. It has been to New York, Hong Kong, Dubai and Buenos Aires. It has often emerged looking a little battered, but with more character as a result. One side is slightly dented and one of the corners has been punctured slightly; but all to good effect.

The only slight disappointment was that, after its fourth outing, the housing of one of the wheels broke away. Apparently this is a relatively rare problem. When cases do get taken in for repair, which happens every five years on average if used heavily, the most common culprits are the locks and the handles. Wheels come third.

It took me a long time to get around to taking the suitcase in for repair – I only managed it last week. And while the repair isn’t inexpensive (this one will be £80), Globe-Trotter does it at cost. It’s done by one man up at Broxbourne, Hertfordshire that does all the company’s carpentry and fixing.

My initial disappointment has been tempered by the experience of using my case since (I taped up the wheel for a while) and by the attentive aftercare service. As long as nothing breaks again any time soon, I’ll be happy.

All similar experiences, photos or war stories are gratefully received. There’s always archive pictures – but those people all had chauffeurs and valets. Much more revealing to see how a suitcase has coped with the thuggish baggage handlers of New Jersey. 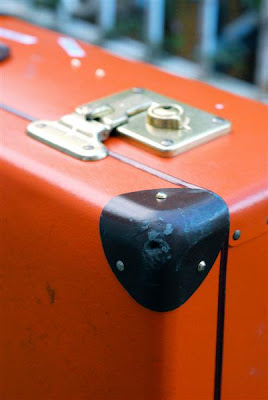 You can follow the discussion on How great things age: Globe-Trotter luggage by entering your email address in the box below. You will then receive an email every time a new comment is added. These will also contain a link to a page where you can stop the alerts, and remove all of your related data from the site.