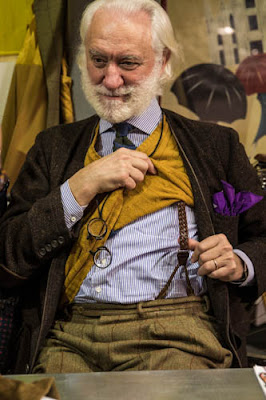 Wearing strong colours well requires a lot of practice. The key is learning how to balance bright colours with darker, but equally strong tones. A purple handkerchief will stand out against a mid-grey flannel suit, but it will be restrained by a rich, dark and textured brown.
As Francesco Maglia demonstrates here. Chino, as he is known, has been wearing these colours for decades and it has become second nature. Heavy green tweeds, brown leather accessories, and strong colours such as the purple hank and mustard vest.
“Green is my favourite colour,” he says. “I always associate it with England, ever since I was in London as an 18-year-old, working as a dishwasher. I remember going to a costume exhibition at Alexandra Palace and really being taken by the green in the country costumes, the tweeds, the umbrellas.” 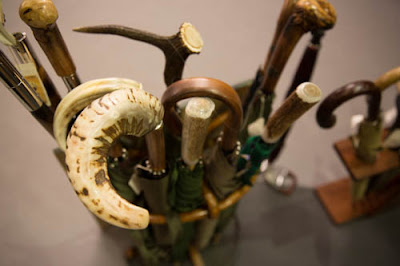 Umbrellas, of course, are Chino’s trade. Maglia is the best large umbrella maker in Italy, the only peer being Talarico in Naples, who is much smaller. Maglia makes for most luxury brands under their own label – at least, most that care about quality and want something handmade out of a single shaft of wood.
Green is still the only colour that English umbrella companies – both those that buy from Chino and that make their own – tend to venture into. “The canopies are all green, black, green, black,” he says. “I like rather brighter colours.” 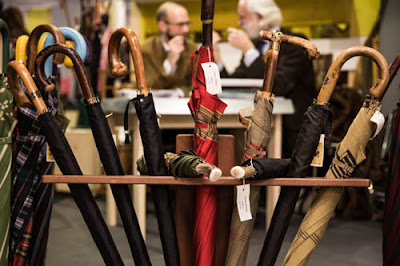 Those canopies all have to be in polyester mixes these days though – Chino says he can’t get the quality of silk anymore. “It has be of a high quality because you look through it and see all the imperfections. You can’t do that with a tie.”
The materials are lacking because of the lack of good umbrella makers – most of Maglia’s competition has fallen away. “The vast majority of umbrellas are made in China, where it costs 95 cents to make one. I pay 80 cents for the horn tip on each of my umbrellas,” he says. 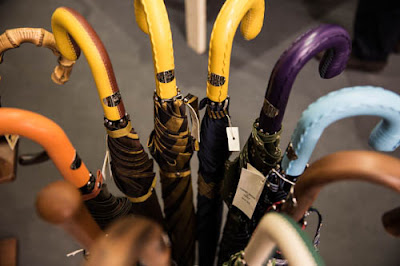 But back to style. Chino is known for his braided-leather braces and his collarless jacket, which is lined in a bright country check. And of course the Father Christmas beard. “It’s either Santa Claus or Giuseppe Verdi that I’m told I look like, depending on the country,” he says. With that hair styling, glasses round his neck and umbrella in hand, Chino could easily come across as an eccentric. It is a testament to the way he wears those colours that he does not.
Chino is an abbreviation of Franceschino – a diminutive of his name, which is of course intentionally ironic, given that he’s six-and-a-half feet tall. 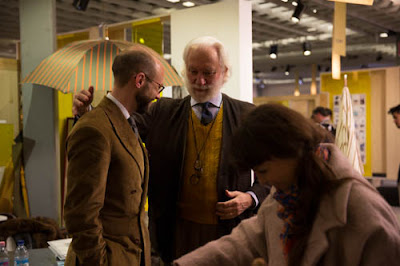 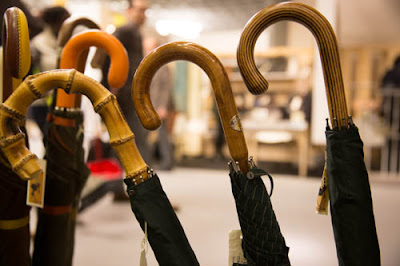 You can follow the discussion on The style of Francesco Maglia by entering your email address in the box below. You will then receive an email every time a new comment is added. These will also contain a link to a page where you can stop the alerts, and remove all of your related data from the site.