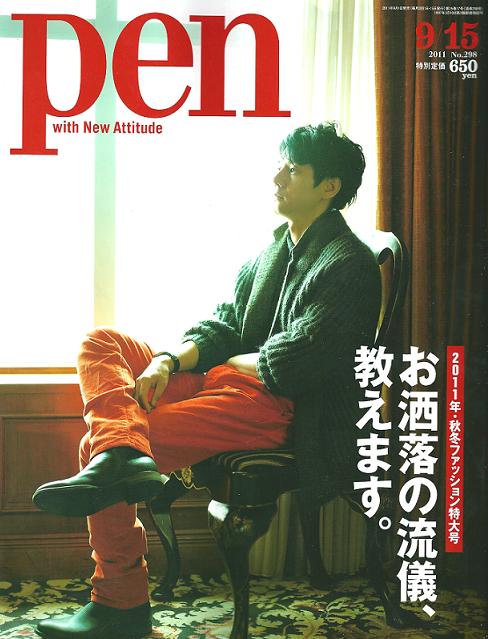 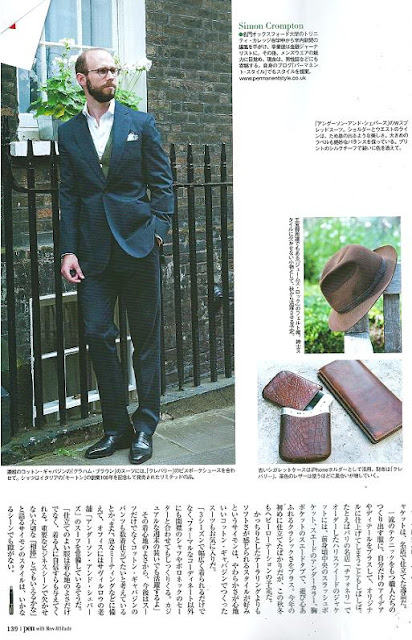 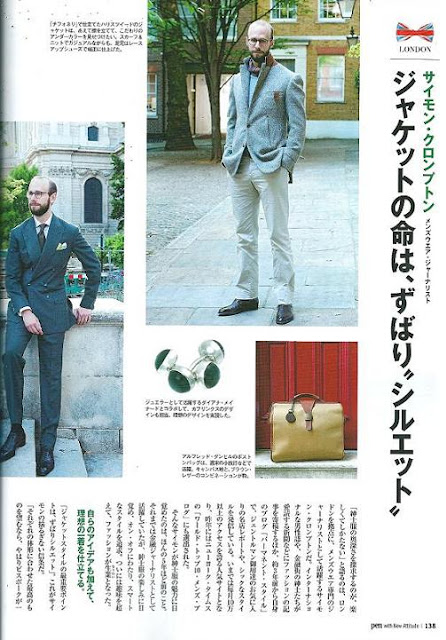 You could never refer to yourself as a style icon. But if someone else gives you the title, it’s alright to pass it on, right?

Seriously, I was highly flattered to be asked to appear in the latest issue of PEN magazine, which I am told by those who travel more than I do is one of the best-respected menswear magazines in the country, particularly concerning craft. The feature was on style icons from London, New York, Paris and Milan, and I’m pleased to say one of the others in the article was the very stylish Nick Wooster, ex-men’s fashion director for Neiman Marcus and Bergdorf Goodman.
As per usual there are several things I should have pushed the stylist on, like making sure the cardigan wasn’t off centre in the top image, not popping the collar in the larger image below and not posing me so awkwardly in the DB suit. But overall I was pleased. I think the Anderson & Sheppard suit in particular demonstrates the advantages of a drape cut – you can see the shape it gives to the chest.
Top image: Suit by Choppin & Lodge, shirt by Kiton, cardigan by Cifonelli, handkerchief by Simonnot Godard and shoes by Berluti.
Bottom, larger image: Jacket by Cifonelli, sweater by Trunk, silk scarf by Hermes, trousers by Incotex and shoes by Edward Green.
Bottom smaller image: Suit by Anderson & Sheppard, shirt by Turnbull & Asser, tie by Isaia, handkerchief by Rubinacci and shoes by Cleverley.
Accessories, from top: Lock & Co fedora, Berluti wallet and vintage crocodile card case, Permanent Style cufflinks, Alfred Dunhill doctor’s case.

You can follow the discussion on PEN magazine: Permanent Style big in Japan by entering your email address in the box below. You will then receive an email every time a new comment is added. These will also contain a link to a page where you can stop the alerts, and remove all of your related data from the site.