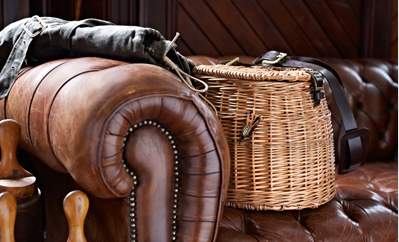 Douglas Cordeaux took over the running of weavers Fox Brothers in 2009, along with his friend and Dragon’s Den resident Deborah Meaden. When he moved down to Somerset, despite high expectations, he was blown away by the manufacturing handwork and global distribution of Fox. Being an inquisitive man, he asked about other such craft the region, and discovered leather tanning in Colyton, willow weaving in Somerset, belt making in Dorset and many others.

Which brings us round to the point of this post. That collection of craftsmen was brought under the umbrella of The Merchant Fox, an online retail venture launched by Fox Brothers last month. It has sofas, bags, ties and baskets, dressing gowns, cushions and cufflinks. And today a raft of new items was added, including caps, hats and jewellery. 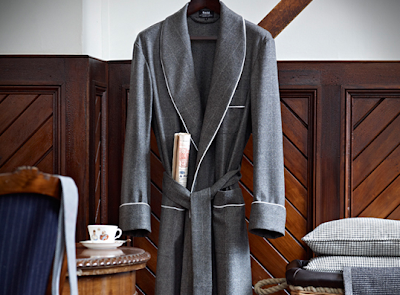 Not all of the makers are from the south west. There is a collaboration with Globe-Trotter, for example, to make a suitcase lined with Fox flannel and featuring leather corners made at Bakers of Colyton. Dressing gowns are made at Budd, in Fox flannel (above). And bags are made by Chapmans in Cumbria, with that Bakers leather.

Long term, though, the aim is to support local craft. Additions to the group will be more on the scale of the willow weaver. “We’d like to create a kind of local guild, with meetings at the Fox mill,” explains Douglas. “We can offer support, advice, and perhaps most importantly access to our distribution network. People in Japan, for example, that are Fox customers would love this level of craft. We can put them together.”

An overarching theme is getting each craftsman to produce what they love the best, rather than what is most commercial. So the leather used in the bags is a directional grain, which is more expensive to work with as panels can only be cut one way, leading to greater wastage.

This leads to an idiosyncratic but very personal collection of items. I never knew I would find baskets and sofas so interesting – but I suppose it was just a question of something pushing the right craft and provenance buttons.

“That realisation is a wonderful thing to achieve,” says Douglas. “There are so many great things here that I discovered and want to try and communicate to people. To shout about them, when previously many of them were barely whispered about.” 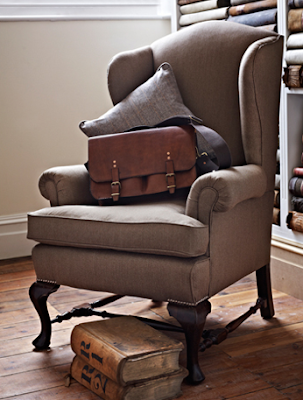 You can follow the discussion on The Merchant Fox by entering your email address in the box below. You will then receive an email every time a new comment is added. These will also contain a link to a page where you can stop the alerts, and remove all of your related data from the site.