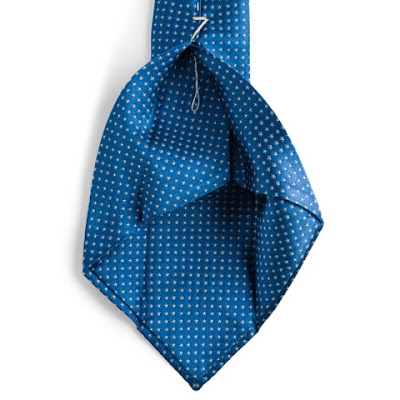 I am asked fairly regularly to review ties, often produced by new, small companies. Ties are, I suppose, quite easy to sell online and the lower costs of doing so makes them an obvious product to start with.

But it surprises me how few of these I like. You would have thought that a tie was a fairly homogenous accessory: unless the width is vastly different, and it is hand-sewn, the only major variable is the design of the silks. Yet most of them are not to my taste.

Ed Morel’s Panta Clothing in New York, for example, makes great trousers, but I haven’t liked some of the ties – the wools and cashmeres are nice, but the early silks were often unlined or the designs didn’t appeal. Ignatious Joseph, who I think makes pretty good shirts, also sent me two of his ties but the pink and blue satins were too loud. I love the hosiery at the DandyStore, but not so much the ties.

All this is not a prelude, as you might expect, to saying that Sette makes the perfect ties. They, too, are not quite to my taste – the target market is American politicians and the colours and silks are bolder, with more sheen, than I like. It’s a question of how the silks are dyed. But unlike most other retailers, Sette has a unique story and a relatively rare take on construction: true seven fold. 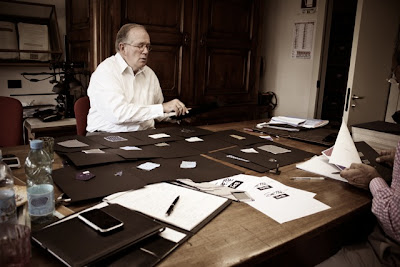 Sette (Italian for seven) was set up a few months ago by Peter Watkins, a White House aide in his former life, and Bob Jensen, who worked as US tiemaker Robert Talbott for 30 years and was latterly their creative director. Peter knows the market in the US (Bill Clinton is a customer) and Bob knows the tie industry.

The ties are all made in Como, Italy with local silks and Bob travels out there from his home in Carmel, California to work on the designs and supervise production. But that’s far from the most interesting aspect of the ties. More importantly, they are made from a single square of silk, folded in on itself seven times in the traditional manner, with no lining. 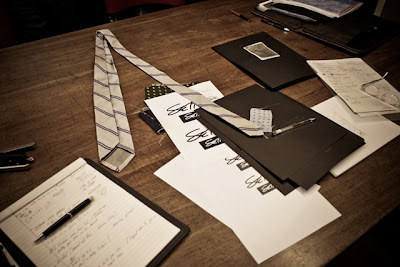 Most multi-fold ties have a lining of some sort. Many that are called seven folds only do this folding at the two tips (eg Marinella) – in the middle, it would make the tie too thick with the lining in there as well.

I have tried unlined ties (eg Rubinacci, some of which are five-folds) but they produce a knot too narrow for me. The true seven-fold technique uses so much silk, often of a heavier weight, that this isn’t a problem. The silk also overlaps down the middle, so those folds count double – which is crucial to giving thickness to the tie. 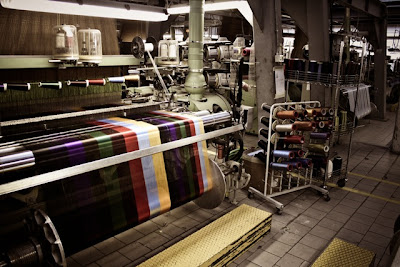 I like the effect, with sufficient thickness in the knot but a light blade. (Sette ties are also self-tipped). Ideally they would be a 9 rather than 8cm width, and I don’t particularly like the thicker, cream slip stitch, which seems rather too showy. I wouldn’t necessarily say I prefer it to a lined tie either, but having the work and the silk involved is a lovely thing.

Sette is by no means the only company making seven-folds. It also tries to set itself apart by only producing limited designs – seven of a kind for ‘Pure Sette’ and 21 for ‘Classic Sette’. This, along with the construction, makes them very expensive: $445 and $245 for the two collections respectively.

And before you ask, my favourite ties are from Charvet, Marinella and Drake’s (9cm ones). 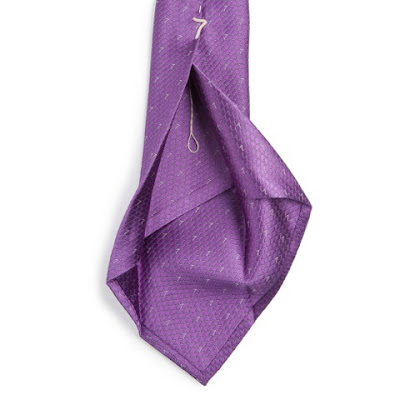 You can follow the discussion on Sette ties: true seven folds by entering your email address in the box below. You will then receive an email every time a new comment is added. These will also contain a link to a page where you can stop the alerts, and remove all of your related data from the site.

Hey, Yes they've done well in terms of the colour and material, and I still wear them. The only negative points, I'd say, is that the pleats don't function that well - they are fairly small and shallow, and drop out fairly quickly. I also…

I’d have to say that, based on my personal experience, the C&J shops are one of the great strengths of the company. I’m a regular customer of both Jermyn Street shops and the customer service I’ve consistently experienced over many years has been exceptionally good,…

Peaks can look nice, but not on a jacket you want to be more casual, no