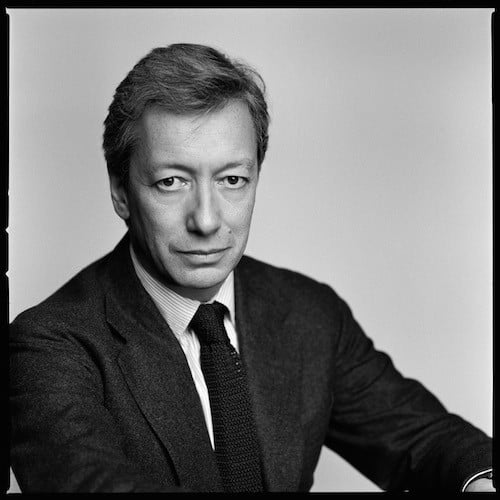 It wouldn’t be an exaggeration to say that Frederic Malle is the godfather of modern perfume. He was responsible for the first collections to champion the perfumer, back when designer brands were just starting to conquer the world.

Frederic is also a smart dresser, an Anderson & Sheppard customer and a long-time friend of Audie Charles. It is his Café Society that is the unmistakable smell of the A&S haberdashery.

I’ve wanted to meet Frederic for a while, being a wearer of Bois d’Orage (or French Lover, as it is unfortunately known in Europe) among other things. We were given an online-exclusive interview during his recent visit to London.

PS: Let’s start with the basics of selecting a scent; I know it’s the thing most readers ask about. What would be your starting points?

FM: Brands are a decent place to start. Aside from our collection, others I’d recommend are the Chanel Exclusifs, the Tom Ford private blends, although they are all quite heavy, Serge Lutens of course, and some of the Annick Goutal range.

The next step is to go into a good store, such as Liberty’s, and start a conversation. Talk to the assistant and be honest about how and why you use perfume.

Is it for the evening, to feel sexy? For the day, to feel clean and professional? Or to just feel relaxed? Perfume is all about context, just like clothes. You wouldn’t wear that cotton suit to a dinner event, or to go running, but for a warm day around town it’s perfect. [Frederic referred to my Reillo green cotton.]

If the assistant is good, they will also take note of things you are not saying. Like how demonstrative you are, how outgoing: whether you’re a buttoned-up Englishman or a Spanish guy with hair spilling out of your shirt.

Try on one or two perfumes, and then walk around the store for 20 minutes. After that it will have settled and you should have some confidence in whether you like it. If it still appeals, it will do for a long time; if it irritates you, it will never stop. 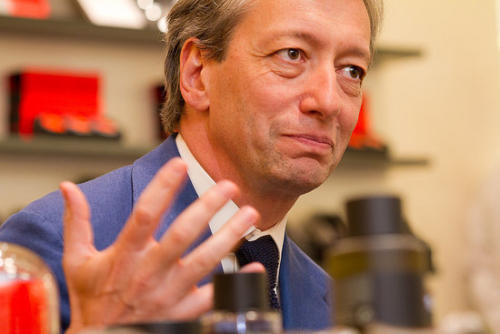 Is it a gradual process too?

Yes – it’s about getting to know yourself over time. Again, it’s like clothes. You start out copying people – your father’s suit, your friend’s blazer – and then by wearing their style you learn what you like and don’t. It’s a journey of self-discovery like any other.

Is it worth knowing a little of the language of perfume?

To an extent, yes. It helps explain to someone – perhaps that assistant in Liberty’s – what kind of things you like.

There are four rough groups of scents for men: colognes, woods, leathers and orientals. Among colognes I would recommend our two of course, Cologne Indelible and Bigarade, but Eau d’Orange Verte from Hermes is also nice. I still like Eau Savage too but it’s a little out of fashion.

Among woods Terre d’Hermes is a clever fragrance, if rather commercial. The Tom Ford collection is very good on leathers, though some of them are quite similar; there’s the Hermes Poivre Samarcande too, and our French Lover.

For orientals, Ambre Sultan by Serge is good, as is Sycamore from the Chanel Exclusifs line – it’s a woody oriental. 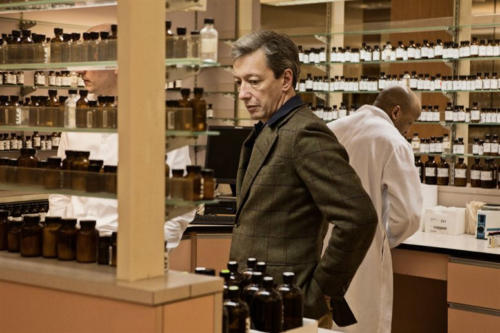 Is any type of scent more suited to classical dress, or men that like to dress more formally?

Not particularly, but certainly avoid all the mainstream commercial fragrances. That line that runs straight from Clear Water, into Acqua di Gio, and then through most modern male perfumes. They’re all a little bland, a little sweet.

Have you ever wondered why designer fragrances all smell the same? It’s because they’re put together by focus group. Companies grab people at Victoria train station, take them to a hotel, and then make them smell a dozen things, saying which they like and why.

It’s the job of the noses to narrow it down to what people like best: to please the lowest common denominator and therefore create the biggest possible international market. It’s not an easy job; it involves tiny variations in the proportions. But it’s not creative or original.

How long has that been the dominant method of developing fragrances?

Since the early 1990s. A trend began then for self-service counters, which took the assistant out of the equation, and at the same time globalisation meant there was a much bigger potential market. Brands went after that, trying to develop fragrances with a universal appeal.

Soon after, Serge [Lutens] and I decided to go a different path, creating scents the old way, where the only aim was to make something beautiful and original. People thought we were crazy, turning left when everyone else was going right. But today you can see how many boutique collections there are. In fact I was in Fortnum & Mason this afternoon and there were several there I had never heard of.

Does that bode well for the future?

It’s a positive sign, yes. Although the biggest problem is so many perfumers have been brought up on the mainstream that few have the originality and training to actually produce something great.

You can follow the discussion on Interview: Frederic Malle, selecting perfume by entering your email address in the box below. You will then receive an email every time a new comment is added. These will also contain a link to a page where you can stop the alerts, and remove all of your related data from the site.