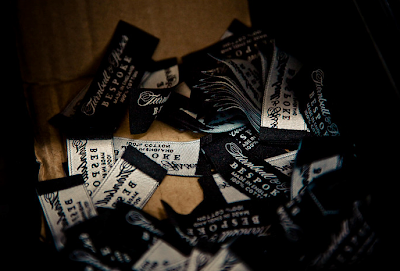 There are so many facts, figures and geeky points about the construction of Turnbull & Asser shirts that I could be writing about them for days. And you’d be reading for hours. I’ll try to keep the description of my visit brief and chronological.

When a new customer’s measurements arrive at the Gloucester factory they are entered into CAD (computer-aided design) system. David Gale’s team at Bury Street in London sends in old-fashioned paper patterns. New York sends measurements by email. There isn’t much advantage to either, but those from America certainly get to Gloucester quicker (particularly given Britain’s striking postal service). 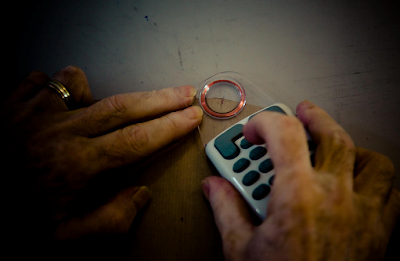 The paper pattern is pressed to a large plastic work table, which has copper wires running beneath the surface. A member of the CAD team then runs a “very expensive mouse” over the surface (above), clicking on every turn or corner in the edge of the pattern, completing the circuit each time and so sending a picture to the printer. This prints off a paper pattern that can be taken to cutters on the factory floor below.

Turnbull & Asser customers used to have their shirts cut from the same cardboard pattern each time. This was fine for the first two or three orders. But by the fourth and fifth time, with the cardboard taking a little nick here and a little slice there, it got ragged. This way the cutters get a fresh pattern each time. 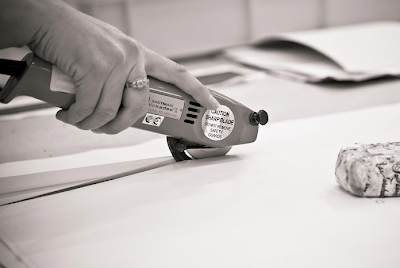 On to the cutting. This is mostly done with a small hand saw. The paper is slightly glued on one side, so it can be laid on the cloth and ironed on. This again is more reliable than cardboard, and the cutter can run the saw around the edge in big, long sweeps. The edges are then often finished off by hand with a pair of shears – particularly on an edge where pencil marks have been used.

[Why would there be pencil marks, I here you ask? Because one of my sleeves was half an inch shorter than the other – otherwise they were identical. So it was simpler to cut one sleeve pattern and measure off the half inch and mark it on the cloth by pencil. End of digression.]

A big band knife (above) is used for some parts of the cutting, usually for those where there is more than one identical piece of cotton to be cut. So my cuffs and sleeve gauntlets, for example, were cut on the band knife. 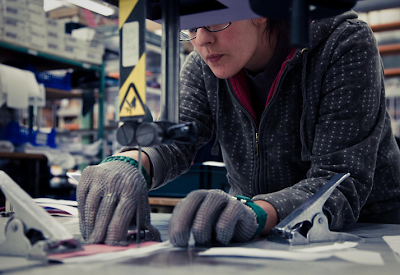 [Quick additional fact: there are two band knives, one for bespoke and one for ready-to-wear. You pull the cloth through the first and push through the second. That’s because it’s easier to cut bulk when you push – and up to 50 layers of cloth are cut at a time for the ready-to-wear in the band knife. Last digression, I promise.]

Next, the sewing. This is all done by hand-worked sewing machine. Some parts, such as the buttonholes, used to be sewn by hand. But T&A says the machine produces a stronger seam – and it’s still a far cry from mass production machinery. Having trained women (they nearly all are, women that is) working a sewing machine means clean lines and the ability to slow down and do difficult points with the pedal. The rounded end of the tie gap, for example.

The care and attention involved in sewing the shirt is encapsulated by the side seam. Here both front and back are folded over and the concave pushed against the convex, creating a clean French seam. That seam is then folded down and sewn onto the cloth itself. So there are four layers of cotton and three lines of sewing, all within 3/16 of an inch. It’s no wonder the women will swear by its durability.

The French seam around each part of the body does mean that there is no single seam running between the front and the tail of the shirt. So to reinforce this point, Turnbull & Asser adds a signature white octagon of cotton to create a gusset. All ready-to-wear shirts have white gussets; bespoke shirts have self-gussets. 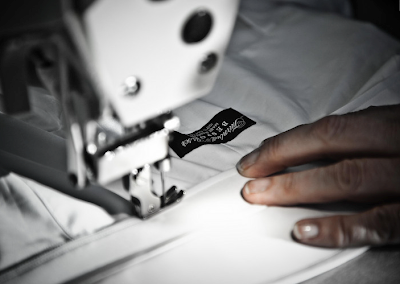 Finally, the buttons. While again sewn by machine, these benefit from a nifty reinforcement technique. Elasticated cotton is wound around the stalk and then fused to the thread with heat. This stands the button away from the placket and binds it together, adding greater durability.

[One definitely final digression: a strip of cotton canvas is fused to the back of the placket, meaning it stays crisp. The collar and collar band, on the other hand, have a floating strip of the same canvas inside.]

That’s it. A quick press, paper wrapping and the shirt is bagged up and ready to go. All Turnbull & Asser shirts go through this process, whether bespoke or ready-to-wear. That makes the construction of off-the-rack shirts a country mile better than most others. Gloucester produces around 500 of each type of shirt a month at the moment – how many factories could claim that ratio?

It should be emphasised though that Turnbull & Asser’s bespoke shirts are truly bespoke. You can change anything. One regular client has his right sleeve a little looser because he does a lot of hand-shaking. Another has different numbers of buttons on his pyjamas depending on whether they are going to his English house or the holiday home. I changed my buttons from white to black halfway round the factory. Nobody batted an eyelid.

Thank you very much to Bette, Kath and all the others in Gloucester for taking the time to walk me through this. And for putting up with my questions. 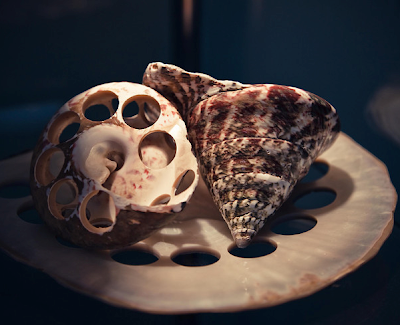 You can follow the discussion on Factory visit: Turnbull & Asser shirts by entering your email address in the box below. You will then receive an email every time a new comment is added. These will also contain a link to a page where you can stop the alerts, and remove all of your related data from the site.

Thanks very much for your quick reply. I contacted Private White VC and received an email back this afternoon: - PWVC confirmed that they will be making a "limited number" of the Bridge Coat in size 8. - however, I also queried sizing, giving them…

I just stumbled into this article. My husband loves his Sagans, and after accompanying him to the store on occasion, I ended up buying several myself! The only downside is that they're not quite as versatile as ballet flats, which can go equally well with…