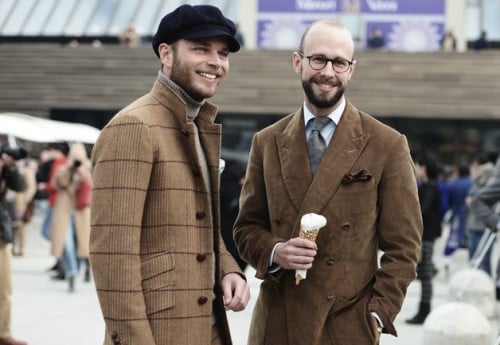 I don’t often write negative things about brands. There are so many great things to write about, and I generally prefer to simply not cover them than write something negative. Perhaps, as Spanish readers suggested at a seminar in Madrid last year, I am too just too English.

I do think, however, that it is worth giving feedback on how products have worn over time. It is the philosophy behind my ‘How great things age’ series, and it’s something most mainstream sites never cover – because they’re not using the products themselves, merely publicising new releases.

To that end, here are three things that have worn very well over the past five years, and three that have not. 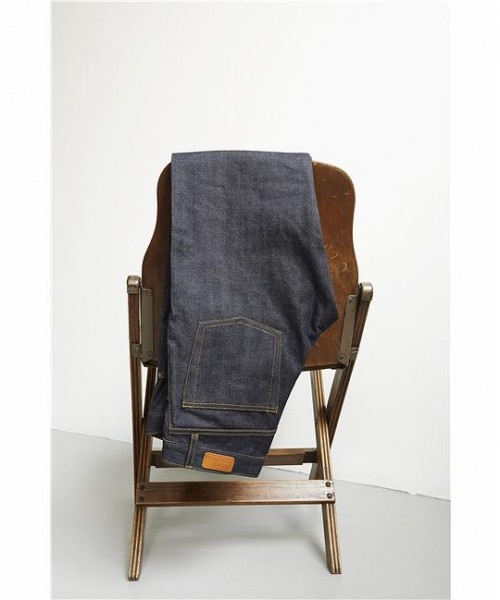 I have had two pairs of jeans from Albam, both bought raw and slowly worn in. My current pair is three years old, and has that lovely patina you only get with heavy cotton and leather garments – the feathering, the creases, the personal signature of wear and use.

I had both taken in slightly at the waist, because I have a small waist in comparison to hips and thighs, but the fit was subsequently perfect. I know a friend that had a pair of Albam jeans split on them down the seam, but I feel that must be the exception.

People spend a lot of time online debating the finishing and internal construction of a jacket. In the end, it must make you look fantastic. It must suit your style and your build, and give you confidence as a result. My A&S DBs do that more than any other jacket I own. (Pictured top, with Luca Rubinacci.)

It took a long time to save up for this, but I’ve never doubted that it was worth it. These are not original points, but I wish to add the emphasis of my own experience: your watch is one thing you wear every single day; you will look at more than anything else you wear; and it is likely to be the most beautiful thing you own. Mine certainly is. No other element of menswear matches jewellery for delicacy of touch. It is a constant source of pleasure. 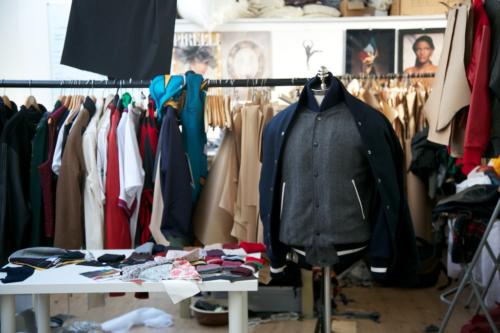 The reason I have never written a follow-up post to my commission of a varsity jacket from this east-London maker is that the quality wasn’t that impressive. The materials were good, particularly the ribbing and nappa leather, but the pocket bags were of oddly varying sizes, with one too shallow to be of any use. And the placement of the poppers was off, such that the last one couldn’t be fastened without making the jacket gape.

Back in 2009 I had a pair of boots made by Cliff Roberts. He is a Northampton shoemaker, who I recently bumped into at the Crockett & Jones factory. He was offering bespoke styles on your personal last, at attractive prices.

The boots have not worn well. They used a thinner leather than most, but didn’t have the internal structure to support it, and have become misshapen as a result. The heel of one came off quickly. Eyelets came loose.

A Suit That Fits suit

When I had a suit made by ASTF four years ago, I hadn’t had much else made. I thought the fit was good, though the materials weren’t that impressive.

In retrospect, the materials were cheap and the fit was only OK. I’ve seen friends’ suits where the fit has been pretty terrible. Certainly worse than a regular high-street suit. For that price, I would recommend most people go to a high-street brand they like, such as Reiss, and have the suit altered to fit by a decent tailor. Or find better made-to-measure.

I don’t think anyone can argue about the good things you post. I don’t wear jeans, but as I would expect, Anderson & Sheppard and IWC have lived up to their reputations. Being from New York, I’m not afraid to say negative things. When something isn’t good I think it’s important to let people know. A negative or positive review carries a lot of weight!

That ice cream looks perilously close to your A&S!

Good post, I’d like to hear some more of these reviews. Especially on your first bespoke suit from Graham Browne

Thanks. That’s actually lasted very well. If anything, I think Russell took more time with fitting it than any suit since, as it was my first, and it has held up very well compared to Row commissions since. The only thing that isn’t the same standard is the finishing.

Good to know, I have had some jackets adjusted by them which look great and I hope to commission a suit from them soon.

The headlines all link to old posts with pictures in them too. Sorry if that’s not clear.

Shame your Cliff Roberts boots didnt hold up. By coincidence I am wearing my black adelaide shoes today which are now about 2 years old worn twice per week and holding up very well (Just been resoled by him and very comfortable). I have other bespoke shoes from G&G’s and Cleverleys which are undoubtedly more elegant but Cliffs shoes at 1/5th the price are great for work and great value.

Thanks Mark, good to hear. Perhaps I was just unlucky, or at the beginning of the offering before Cliff had a few things refined.

Great article .
I thinking it very , very worthwhile to “name and shame” considering the amounts charged for items that then exhibit an inferior quality but also to praise those that represent true quality and longevity .
More like this please , Simon .

Thanks you for your candid review. Very useful. A couple of comments:
1. On your Billiam varsity jackets, you commented that “the pocket bags were of oddly varying sizes, with one too shallow to be of any use. And the placement of the poppers was off, such that the last one couldn’t be fastened without making the jacket gape” – surely these problems should have been spotted when you receive the item and rectified there and then. They have nothing to do with whether a product has held up nicely over time.
2. On your Cliff Roberts boots – did you contact him to rectify the problems?
3. Photos would be much appreciated.

You’re right, the Billiam problems are not to do with how it has worn, more perspective on those problems. They pocket bags could be changed but not the poppers without remaking part of the jacket.

I don’t think photos of that would add much, and I don’t actually have the Cliff boots anymore – they have long been given away, as has the ASTF suit

A very good (and dangerous!) idea.

Nice balance of your natual English bias: a picture with an Italian icon. Thanks for your honest fedback.

Hi Simon
I enjoy your posts very much in this one you mention that you’ve had your Albam jeans altered.Can you please tell me is your tailor based in London? Can you let me have their contact details. Did you wash your jeans before altering them? Thanks Patrick

Hi Patrick,
I have all my alterations done at Graham Browne, a bespoke tailor in the City. They are on Well Court, just off Bow Lane.
Simon

Hi Simon,
Great work and a very balanced article, such a shame when a product doesn’t ‘cut the mustard’. Just hoping it doesn’t happen to me !

I second you disappointment with Cliff. Size was off (too small even through I had 2 trial shoe fittings), poor leather quality and subpar finishing and overlooked requested details. He’s a nice fellow, but more of a hobby craftsman than an artisan.

I have a couple of questions that I would appreciate your guidance on:

I love the traditional black watch tartan and I am considering having an item tailored in a fabric of this design.

As this is quite a “loud” pattern, would it work better, as a single piece, worn as trousers or a jacket? I fear trousers would make me look like I was a golfer and to be honest, that’s not a look I want to sport.

The second question is where to go if I was looking for this kind of service… If it helps, I am fairly young (24) and of a slim-ish build. My budget for tailoring would not be particularly high. I was thinking something like suit supply or a suit that fits could be the answer.

Black-watch tartan is indeed a lovely pattern. But you’re right that, despite its dark colour, it is fairly loud. Some men wear it as trousers with black tie – this isn’t particularly me, but it certainly works better that brighter tartans.

And as a jacket it can work in similar circumstances, as a smart evening jacket with dark trousers and black shoes. It’s no easier to pull off than the trousers, but you will certainly avoid the golfing associations.

Hi Simon,
I’ve just picked up a black Turnball & Asser DB tuxedo jacket in a charity shop for an absolute snip! Looks like it was made bespoke but never worn. Fits me lime a glove!

Problem I have now though of course is the trousers. My first preference would be matching but I imagine this could be tricky not to mention expensive if I go tailor made (and not quite there yet budget wise yet).

What would you suggest? I’ve seen your comments re Black Watch above and was considering going down that route. Any other ideas? Is it ever acceptable to mix and match black tie.

With regards to Spain, how does the quality of a burgos teba jacket compare with a bel y CIA teba jacket.

Really enjoy a lot of the articles and comments on your site. Do you know the tailor that made the jacket worn by your friend in the picture above? I would appreciate any further details like fabric etc. The workmanship on it looks amazing.

Hi Jamin,
It’s Rubinacci. The friend is Luca Rubinacci and he only makes his own stuff…
Have a look at the Rubinacci blog for some similar inspiration: http://www.marianorubinacci.net/club/