A history of modern perfume 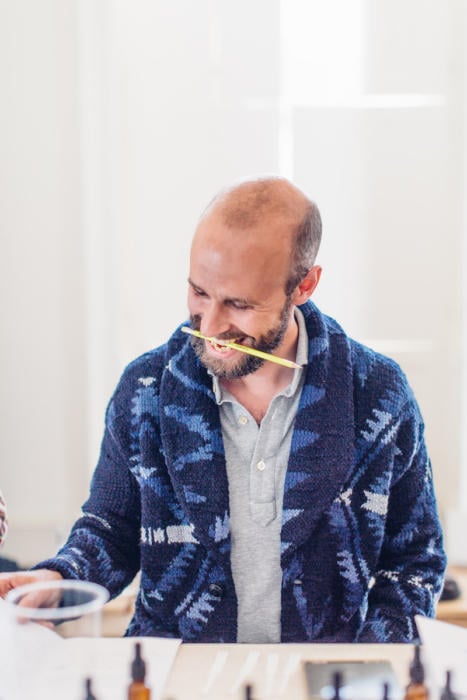 There is no such thing as masculine perfume, or feminine perfume.

Men used to wear rose scents; women wore cologne. The idea that fragrance can be divided into male and female is purely a product of 50 years of marketing.

This was brought home during a curator’s tour of the new Perfume exhibition at Somerset House in London - which myself and a handful of beauty writers were invited on recently. 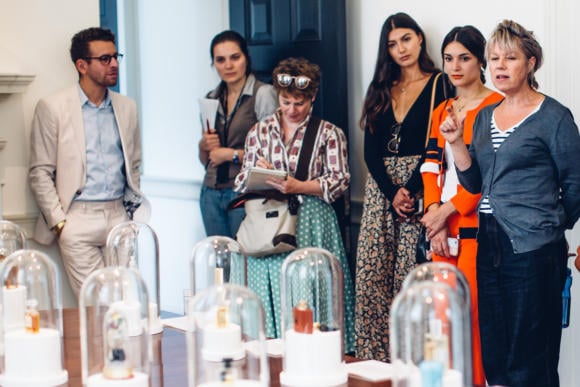 The exhibition aims to tell the story of 21st century perfume (so far), using 10 scents released in that period that demonstrate different ways the industry is heading.

The twist is don’t know what any of the scents are. Each has a room to itself, with some visual cues as to its inspiration and an interview with the perfumer playing on loudspeaker.

But there is no text, no packaging, no marketing. Only at the halfway and end points of the exhibition are you told what the scents are, and why they are significant. 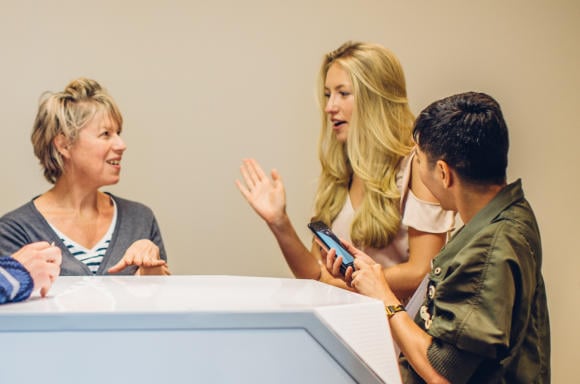 So there is Comme des Garcons 2, which was the first to change perceptions of what perfume could be: it didn’t have to be pretty, or aspirational; it could be dirty, even (for some) unpleasant.

There was Molecule 01, the first perfume to consist of one single (artificial) ingredient. El Cosmico by DS & Durga, one of the first scents by a self-taught perfumer.

And Dark Ride, the most modern of the lot: a fragrance that smells of a theme park, all chlorine, sunscreen and fog machines. This is part of a trend that has seen perfume reference more urban and (certainly to a younger audience) more familiar smells - asphalt, for example.

It was fascinating for me, because although I love my perfume, I’ve never been very aware of women’s scents. Which most of these are, to most people. (Though arguably they shouldn’t be.) 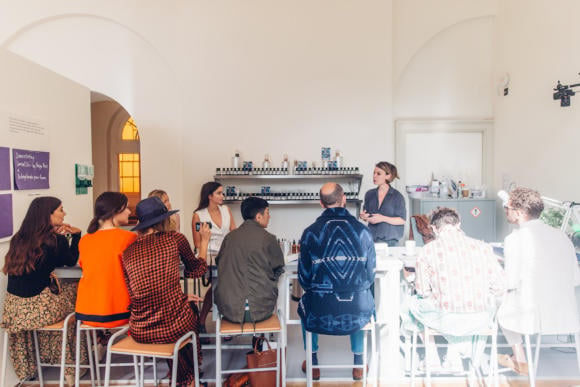 After the tour we had a small session mixing our own perfumes, run by the Experimental Perfume Club, and it was interesting trying to correct ourselves every time we described a scent as being ‘masculine’ or ‘feminine’.

Labels are powerful things, and it can be hard to pull yourself away from them, using more descriptive terms instead.

(Though of course all perfume language is necessarily limited - as I discussed here on PS with Frederic Malle a while ago. We know what it is for a scent to be flat, or large, or dry, but only after it has been explained; when we have a signified for our signifier.)

The first room also has a tour of 20th century perfume, with one scent per decade, which is equally fascinating. ‘Chypre’ may have been the first scent we would consider masculine, but it wasn’t until the 1960s that something (Eau Sauvage) was actively marketed as a male scent.

The exhibition is on until September 23rd. If you are at all interested in perfume, I highly recommend it. 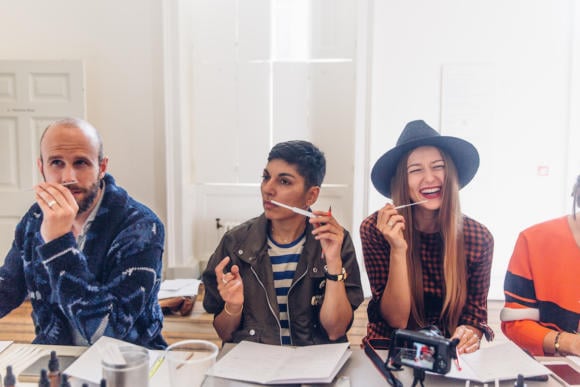 You can follow the discussion on A history of modern perfume by entering your email address in the box below. You will then receive an email every time a new comment is added. These will also contain a link to a page where you can stop the alerts, and remove all of your related data from the site.