I always wondered why my friend Tommaso was such a fan of British style: he always wore tweed jackets, flannel trousers, Scottish knitwear. Even cotton Harrington jackets.

His green tweed jacket from Loris Vestrucci was one reason I was interested to get something from them. His Pardessus trousers too (which are essentially a heavier version of flannel) were the reason I had a pair made by Whitcomb & Shaftesbury.

Of course, a lot of Italians fetishise English style, in the same idealist way a lot of English think everything Italian must be cool. And this is particularly true of cloth: many Italians used to be sent to the UK to learn their trade, before returning to the family mill.

But Tommaso’s interest was deeper, and I assumed it was just a personal thing. 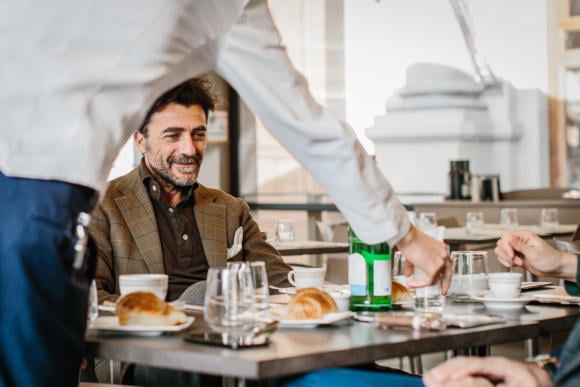 Talking to him recently, however, he made a case for a deeper connection between Florence and Britain.

The influence of young Englishmen doing their ‘Grand Tour’ on the culture in Florence was apparently strong, in what was a small town. English students still come to the city to study art - though they have long since been outnumbered by Americans.

The countryside was also disproportionately important to Florentine culture, compared to other Italian cities. As it had been in England, ever since the eighteenth century when English landed gentry - in their relatively drab, practical clothes - became the standard for European nobility.

Tuscans have their hunting jackets (the ones with the long hip pockets and section in the back to store your rabbit) and their Casentino shepherd’s cloth. We have our tweed, our caps and waxed jackets.

We pointed a camera at Tommaso in Florence back in January, to get some of this recorded.

Of course, that meant that we immediately started talking about something different, in this case how Florentine clothes related to the architecture and the weather: all grey stone and cream plaster.

Still, there is something English in that too, and certainly the English and the Florentines share something in their understated, conservative attitude to such things. We have little in common with the grand Romans or flamboyant Neapolitans.

The weather looks pretty English in that snippet too. Tweed and flannel are great on a grey, damp day. 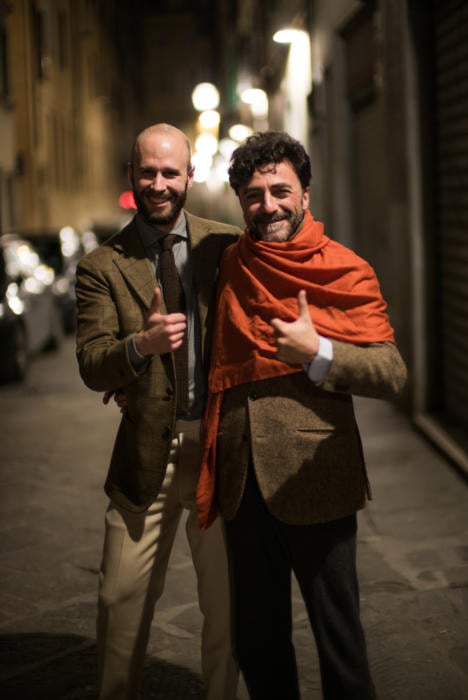 You can follow the discussion on England and Florence: Understated, rural style by entering your email address in the box below. You will then receive an email every time a new comment is added. These will also contain a link to a page where you can stop the alerts, and remove all of your related data from the site.

I believe it's also added for those other reasons Seb - certainly those in manufacturing have told me that in the past. As to Levi's bagging at the knees, that is the look of working jeans in many ways, and second it's easy to iron…

1. Well, you'd hope that usually the process is the same, no matter where the client lives. Otherwise it should be a different product, sold in a different way. And sometimes the maker won't do a fitting, no, if it's a cheaper MTM for example.…

Thanks, it certainly is. As mentioned on the site a few times though, I give away a lot - to friends and family, and recently started selling things I don't wear online as well, as you might have seen. I don't want anything that is…

100% in agreement Phil, but it doesn’t stop people from doing it anyway regrettably. The proper place for that debate is with the atmospheric scientists and climatologists. Humans have been disrupting the environment from the beginning, even when we lived in caves and huts. Sustainability…